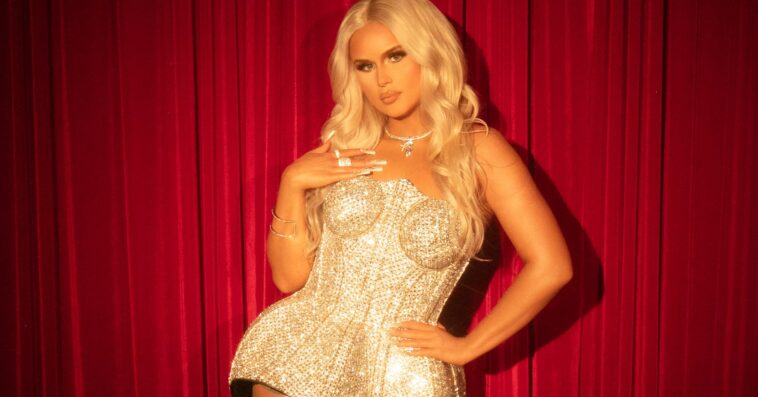 Ashlee Keating is ready to take the pop music scene by storm with her new single “SAUCY” and forthcoming EP. The hot new single has quickly become an anthem for both female-empowerment and the LGBTQ+ community. The track was created by the top-tier team of producers Tommy Brown (who works closely with Ariana Grande), YNG Josh and Nick Cooper. While the vibrant “Saucy” music video racked up over 100K views in the first week since its release, directed by Combina Key and choreographed by Shirlene Quigley.

As a Billboard-charting music sensation, Ashlee is a true multifaceted talent. Her music is a perfect mix of upbeat and inspirational, with lyrical themes of loving yourself and living your best life. Between her colorful style and dance-worthy music catalog, Ashlee has also become highly regarded within the LGBTQ+ community as an ally and activist. She strives to spread messages of love, positivity, and confidence through all of her work. Making major strides in the music industry, Ashlee’s recent single “YASSS” garnered over 1-Million streams on Spotify while her singles “Hurt Me So Good” and “Bad Mistake” spent weeks on the Top 20 Billboard Dance/Club Chart.

Born and raised in Southern New Jersey, Ashlee discovered her love for music at a young age. She made her Broadway debut at only 6-years-old, playing ‘Gretl’ in the national tour of “The Sound of Music” (alongside Richard Chamberlain). Shortly after, she was cast as the lead role of “Annie” at the famous Walnut Street Theater in Philadelphia. Ashlee has since been seen as a contestant on CBS’ “Star Search”, a member of Radio Disney’s “Up and Coming Artist” Incubator Program (performing for artists such as Demi Lovato, Keke Palmer, & Raven Symone), in acting roles in movies such as “The Bandit Hound”, and with her holiday single “Ice Kingdom” featured in Coca-Cola’s ‘52 Songs of Happiness’ campaign.

Ashlee loves to use her platform for good, giving back to philanthropic organizations supporting women empowerment and the LGBTQ+ community. Over the years, she has worked closely with GLAAD, Girl Up, St. Jude Children’s Hospital, and the Make-A-Wish Foundation. Outside of her music career, Ashlee likes to stay active with her passions for fashion, dancing, pilates, make-up, traveling, and fitness. She also loves spending time with her pomeranian puppy Koko.

Hi Ashlee, welcome to OLC! So, growing up who inspired your love for music and what did you love about their craft?

Hii!! Thanks for having me! To be honest, it was a natural gift and liking. No one in my family is in the industry or into music like that. I always had an obsession to listening to music 24/7 on long car rides and in everything I did. Music is my LIFE!! I was mainly inspired by the divas in music. Madonna, JLo, Beyonce, Mariah Carey, Janet Jackson, Christina Aguilera, Britney Spears, Aretha Franklin, Mary J Blige. The list goes on…Being a diva is being confident and sexy to me, I love that they are all very bold and powerful women in their craft.

So how did you get on this specific career path you’re currently on?

From the time I was born I was destined to be in the entertainment industry. I was always extra and wanted to be performing in front of people and in front of the camera. I loved singing and dancing around the house. It was a natural gift. My first thing I ever did was on a tv showcase on ABC channel 6 in Philadelphia on a show called “Al Alberts TV Showcase.” I was only 3 years old, and I would sing a song every week on tv and tell a joke. I loved it! After that, I went on to play the role of Gretl in The Sound Of Music on Broadway when I was 6.

You’ve done both acting and singing, since you’ve been focusing more so on music at this current stage in your career, do you hope to one day to return to acting?

I definitely do! I love acting as well. I’m sure a role will come along in the near future.

You have a brand new single out called ‘Saucy’, what’s the song about and what inspired you to write it?

It’s all about exuding self-confidence! I was inspired to write this song after getting a group of my girlfriends together after the pandemic started slowing down a bit and restaurants were opening again. It was at my birthday celebration dinner. My girls and I looked so good head to toe, and we were feeling ourselves and our outfits! It just felt so good to be outside again and dressing cute! We kept throwing this term “SAUCY” around and it really inspired my song. It’s about self-confidence, feeling good and sexy in your own skin and being that bad b! lol.

Let’s talk about the music video, where did the concept for it come from and who helped with the choreography?

The concept was created off of a bunch of creative zoom meetings with my director Combina Key and visual effects team. The more we discussed, the more the ideas kept coming to life. I really wanted a visual of dripping sauce with sex appeal and fierceness. I had an idea of a candy land like a version of Willy Wonka, but totally different. The concept of me being on a strawberry was a big deal and my red latex outfit is basically me being a hot strawberry shortcake. LOL. It was truly a team effort, and I was heavily involved in every aspect of the visual. It was fun & tedious, and I worked super hard on it. The choreography was a mixture of me freestyling on set as well as choreography done by Shirlene Quigley.

Will this song feature in your upcoming EP, and can you share any details on it and what your fans can expect?

YES!! I don’t want to give too much away, but the music is only going to get better. I’m so excited!

Congrats on your Youth Pride performance in NYC! Are you planning on any other live shows and if so, where can people see you?

Thank you so much!! That was such an amazing day/performance!! Of course!! I love performing and meeting my fans. I hope to get out performing my new Christmas single that I’m releasing along with “SAUCY.” Stay tuned to my social media for updates coming soon on where to see me performing live!!

You’re very dedicated to the support of female empowerment and LGBTQIA+ community, tell me what you think everyone in the entertainment industry and the world can get better at?

Living in our uniqueness and to stop comparing ourselves and our lives to others. I think with social media being such a prominent part of our lives now we tend to compare constantly which can mess up our mental health. It’s important to realize we are unique and beautiful in our own way for a reason.

Why do you think it’s important to have diversity represented in the entertainment industry?

It’s what I said above. Diversity brings uniqueness and uniqueness is beautiful. If we were all alike, how interesting would that be? I think it’s beautiful and important to show all body types, ethnicities, and personalities in the entertainment industry.

I have a new Christmas single that is a remake of “Santa Claus is Coming To Town” releasing 11/18! I’m so excited for everyone to hear it and see the visuals. I hope to be doing some more live performances as well! She’s been very busy and working hard! This is just the beginning! 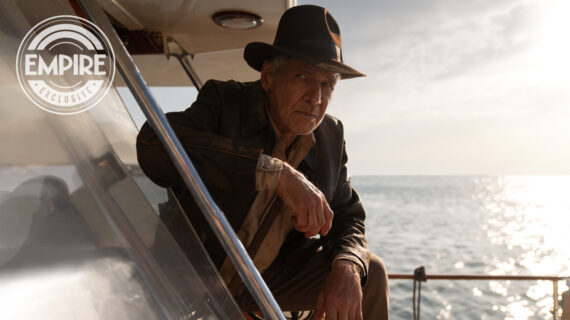