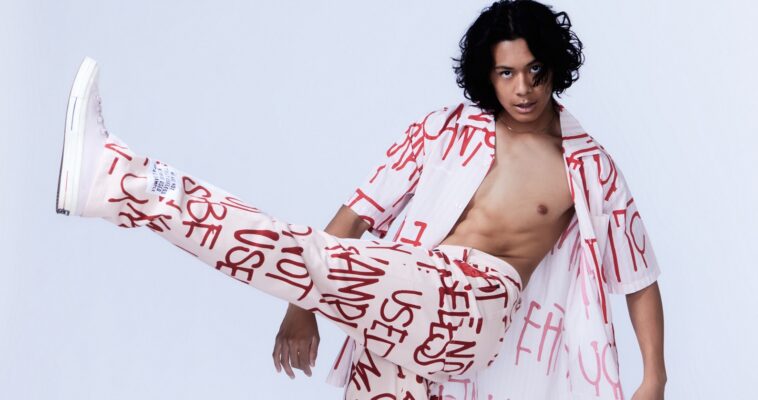 Born and raised in the Los Angeles area, Kieran fell in love with karate at a young age. He extensively trained in the discipline receiving his black belt at age 12 and competed globally, becoming a 17-time world champion. Kieran also grew up loving television and movies, leading him to audition for an open call Sketchers commercial. Tamondong booked the role and discovered that he loved being in front of the camera and wanted to pursue the craft seriously. With full support from his family, he sent a tape of him doing a martial arts routine which led him to be featured as “The Karate Kid” on NBC’s “Little Big Shots.”

Kieran began auditioning and booking projects such as Disney’s “Smackdown Kitchen,” “Kakashi v Obito” and Nickelodeon’s “Ryan’s Mystery Playdate” before playing ‘Young Ah Sahm’ on the Cinemax series “Warrior.” “Warrior” took him to South Africa to film where he vlogged his experience and spent six hours in the make-up department to become his character. Kieran can also be seen in the lead role of ‘Calvin’ in the short film “High Strung” and as ‘Young Danny’ in film “The Paper Tigers” where he was able to showcase both his acting and martial arts talents. Most recently he can be seen in a co-star role on Paramount+’s “Players.”

Hi Kieran welcome to OLC! Now you’re a trained black belt in martial arts, where did your passion come for martial arts?

Hello, thank you for having me here. I naturally loved martial arts movies growing up, they started off as action movies for kids like ‘Power Rangers’ and ‘Ninja Turtles’ which eventually transitioned into classic films that showcased the martial arts of Bruce Lee, Jackie Chan, Jet li, and Donny Yen who were all my first favorite actors. I also loved ‘The Karate Kid’, of course. Fun fact, I first watched the movie after my very first karate tournament. At the age of five, my family decided I could start taking karate classes which have now been a part of my life to this day.

What benefits do you think you’ve gained from martial arts?

Aside from the punches, kicks, forms, stances, fighting techniques, and competitive world of Shotokan karate, I have also obtained valuable life lessons, which is why I am a firm believer that everyone and anyone should take up some form of martial arts at a young age. It has taught me to be determined and motivated for the goals I want to achieve, such as earning the next rank, belt, or title. It also carves out the importance of respect early on. Everything question we needed to answer in class, was expected to be followed by “Sir/Ma’am.” I didn’t think much of it until I started replying, “Yes Sir”, “Yes Ma’am”, “thank you, Sir”, and “thank you, Ma’am” outside of karate without even realizing it. I would be praised often just for saying that at the age of six. There are more benefits to martial arts that I find valuable for any aspect of life such as patience, sportsmanship, focus, perfectionism, and responsibility. These are necessary if you want to win at the professional competitive level, but more importantly, my work ethic and lifestyle I chose were indirect effects of my training in martial arts.

So how did you go from that to acting?

Acting came about in 2015 when I received a heads-up for an open spot in a Skechers commercial where they would be holding auditions in the sports gym I trained at. I showed up with about six to nine other kids auditioning for the same role and they had us all do different parkour movements ending with a slide into a chair. You’ll see some of the same flips from the audition in the real commercial including the chair slide. From that moment on, It felt awesome, refreshing, and exhilarating to use my abilities in commercials which would eventually mold into acting in television and films. It would become the life-changing switch that fired up my acting career.

Following the Skechers commercial, I was featured on ‘Little Big Shots’ with Steve Harvey, performing as the Karate Kid. My dad didn’t waste any time and started seeking out management companies for me to do interviews with sets of monologues to let them get a feel for my capabilities. I got signed with Treadwell Entertainment Group and Osbrink Talent Agency in 2015. My manager, Tina Treadwell, tells me she saw something special about my extensive martial arts background and early acting career. That’s how it all started.

*You now star in the Netflix series ‘Monster: The Jeffrey Dahmer Story’, can you tell us a bit about the show and who you play?

The Netflix series, “Dahmer – Monster: The Jeffrey Dahmer Story” is a gruesome exploration of Dahmer’s past and endless serial murders that occurred between 1978 and 1991. It follows the story from the point of view of the victims who suffered through his inner turmoil. My role is portraying Konerak Sinthasomphone, a 14-year-old Laotian boy who encountered Jeffrey Dahmer on the streets of Wisconsin in 1991.

How did the role come about and how did you prepare for it?

I was given the role by an audition request in December 2020. I read it, not knowing this was a serial killer story. I recorded the scenes late at night with my best friend and sent it in. About three months later, I had been confirmed for the role without a callback audition which came as a major surprise. With less than a month to rehearsal, I had to learn who Jeffrey Dahmer was, what crimes he committed, and what he did to Konerak. I was shocked to learn about it all. I gathered up what I had researched and created a type of personality that came to life from within me, and part of that was manifested from my own personal experiences.

Was it as chilling to film as it was to watch?

To this day, I still do not know which was more disturbing, the filmmaking days of working on the show or the act of watching that filmmaking come alive on screen.

What goals do you hope to achieve in acting, I read you’d love to work with Ryan Murphy again. What did you enjoy about working with him?

My goal right now is to work on a feature film again. Better yet, I would love to have a lead role in any action film to follow my childhood dream of becoming a young spy or secret agent. I truly did love working with Ryan Murphy. The first time we met, all eyes were on him, including Evan Peters, having both of them right there in front of me for the first time was so unreal. Murphy did not say a lot but he did tell us what he visualized for this series about the unfortunate and saddening nature of this encounter. He spoke to me about Konerak and the hardship of coming to America and being allured by Jeff in order to bring his family money. I guess he wanted me to look for something that would resonate with Konerak’s humanity.

You can also be seen in Paramount+’s ‘Players’, can you tell us a bit about that show and your character?

Players’ was another auditioned role where I submitted for Kid #1, #2, and #3. I booked the role of Kid 1 who was an energetic and enthusiastic avid gamer. When professional-level players step into the classroom, he is the one to jump out of his seats and raise his hand to ask for more details on the competitive circuit. Da’jour Jones and Luke Tennie were amazing dudes so I wish the best for them.

What upcoming projects do you have for 2022?

Currently, I’m sort of riding the wave of interacting with fans and really enjoying the positive reviews on the series. I would love to work with Tom Hanks or Michelle Yeoh someday since they are both on my bucket list of actors to film with. I would also like to use my martial arts in another project as well very soon! 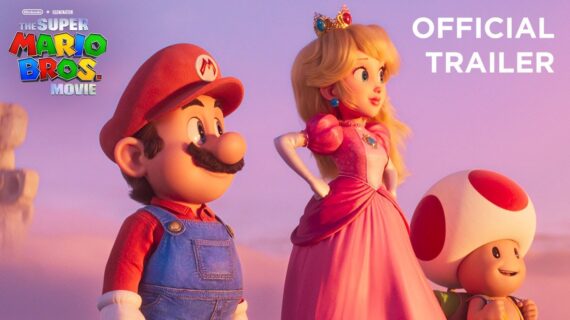 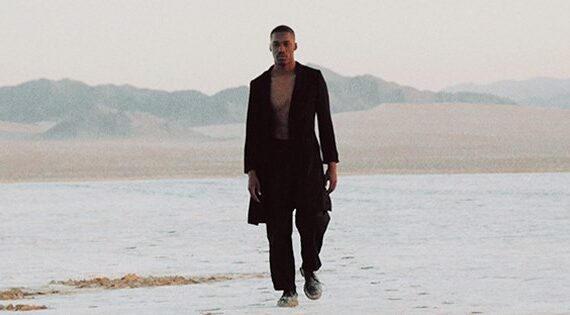