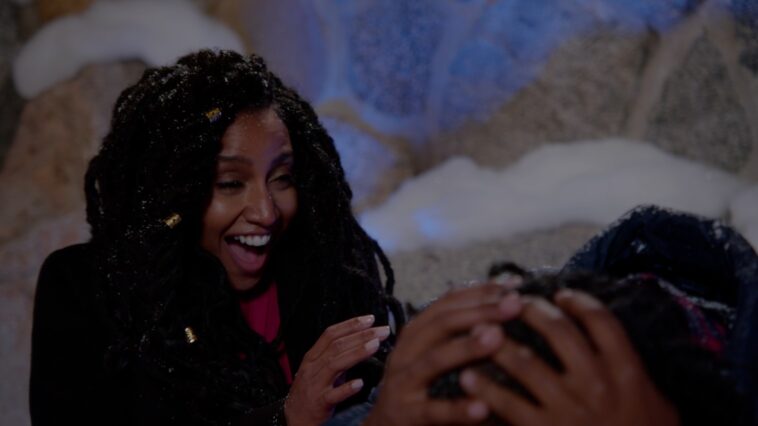 Dominican/Venezuelan actress Isadora Ortega is rising up in the entertainment industry as one to watch. Already making strides as a triple threat, Isadora has made waves as an award winning actress, producer and writer.

After falling deep in love with the art by watching telenovelas with her mom, Isadora knew at an early age that she wanted to take part in a career that was diverse in the art of expressionism. While living in New York, acting was at her fingertips and Isadora went on to study the art, including voice over, improv and body movement at the Conservatory for Dramatic Arts, as well as at Susan Batson Studios. She soon went on to  appear in various Off-Broadway shows such as “Eating Out” and host TV shows such as “Cook up” On Tempo. After a successful run in New York building her brand as an Afro Latina artist, Isadora knew her next move would be pivotal to her career. Once relocating to Los Angeles, Isadora didn’t waste time getting into the groove of things and quickly went on to produce and star in several projects, including web series, short films and shows such as “Laff Mob” on Tru TV, while growing her social media presence.

Most recently, she executive produced and starred in award winning film, Another Love Story. Isadora plays budding novelist Miriam Ramos, a women fresh out of a toxic relationship, who quickly finds herself in a dark place, desperately seeking to live a lavish life and to be romantically in love. Starting to believe that she is the problem, the hurdles of life quickly weigh on her until she meets and falls deeply in love with the man of her dreams – That is, until her new found love reveals itself to be a tragic nightmare not even her closest friends could see coming.  After making its way through the festival circuit, the film has gone on to win multiple awards ahead of its official July 19th release, including Best Director, Brandon Morson, and Best Actress, Isadora Ortega, at the 2021 New York Int Film Awards and most recently selected as Best Feature Film at the 2022 Gold Movie Awards.

Off screen, Isadora can best be recognized as an author, most recently publishing her first Graphic Novel called “The Curse of the flower”//”La Maldicion De La Flor” based on the legend of Anacaona. The novel follows leader of her tribe, Anacaona, as her people’s lives are turned around by conquistadores, who too willingly took more than was offered. In defense to protect her people, Anacaona’s rage quickly developed in a way no one saw coming – a night where everything was set into motion so she could visit our world…time is an interesting thing, sometimes it heals you and sometimes allows your rage to grow. But Anacaona’s legacy will not be silenced, only impact our world. Isadora’s hit novel was met with praise and fans can soon see the short film come to life and make its rounds in the festival circuit in 2023.

Isadora, how are you, and welcome to OLC! So tell me, how did your passion for film come about?

Hola, thank you so much for having me. Hope Street Holiday is a script that Brando Morson wrote, and I come on as the second writer on it. After reading this amazing story about Galia Garcia and her Aunties, we spoke about telling the story from an Afro-Latina family perspective. So we made some changes to the characters, and we told the story of this beautiful Latina family.

So how did you end up on this career path, and do you remember the first project/role you ever auditioned for?

I grew up watching telenovelas with my mom, and I fell in love with acting. One of my first roles was an off-off-Broadway play, and I loved it. I didn’t get paid, but I still loved it, and that’s how you know the love is real.

You also write and produce; why did you want to delve into those aspects of film also?

Writing allows me to tell stories that bring awareness to social issues and bring more diversity to the screen. As an independent filmmaker, we don’t have huge budgets, so we have to wear many hats.

What has been the most challenging part of your career?

Let me put it this way; this industry has taught me to be unapologetically me.

What change would you like to see in the industry going forward?

I would if it could mimic reality with diversity, like really duplicate all the shades of colors and cultural backgrounds that the world has.

You have a brand new film called ‘Hope Street Holiday’, can you tell us a little bit about the film and who you play?

Galia García is a successful Afro-Latina attorney in Los Angeles who returns to her small hometown after getting dumped days before Christmas. She realized her life has lacked meaningful relationships since losing her mother and best friend. With the help of a 5-year-old orphan, her three crazy Aunties, and this small town’s magic, Lia heals from her past trauma. Ultimately, she’ll rediscover her self-worth, and the true meaning of family and fall in love all over again with an old friend.

Hoopla – libraries – still processing, will send link when it is live

What drew you to this project?

It’s about family and second chances. I think it is so important to be around our loved ones when we fee lost, and that’s what Lia did.

Diversity representation in film and TV is something you’re quite passionate about, and you talk a little bit about how that can affect today’s youth?

We watch so much Television that it is only fair that we see people that look like us and sound like us taking space in the world, from lawyers, doctors, superheroes and everything in between.

What’s the best advice you’ve ever received, and what advice can you give to up-and-coming actors who want to get their big break in the entertainment industry?

Be unapologetically you and audition to book the room, not the job.

Do you have any more projects coming up that you can tell us about?

I am currently in post-production of Golden Flower, a short film directed by Oscar-nominated director David Massey based on my graphic novel ‘The Curse of the Flower”, available on Barnes and Noble and Amazon; expected to make its rounds in the festival circuit soon to follow its release. 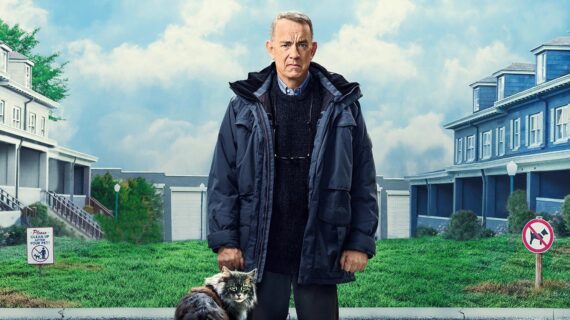