Born and raised in Perth, Australia, James Bingham’s passion for the arts was discovered as a child. While accompanying his sister to an audition for the “Sound of Music;” 8-year-old James decided to audition for the production as suggested by his mother. He ended up being cast as ‘Kurt Von Trapp’ in the musical. The casting precipitated his enrollment at Ali Roberts Studio to study his newfound craft and James was instantly hooked. Bingham began to take Stage and Screen classes which refined his natural abilities and instincts and Voice and Accent classes that have helped him master Standard American and British RP accents. After “Sound of Music” concluded its run, James took the stage again in “The Wind and The Willows,” playing four different characters in the musical production.

Bingham has gained valuable experience playing the lead in various short films including 2018’s award-winning “Busting Out the Bells.” James played ‘Jason’ in the short about two grandchildren who begin to understand they are losing their grandfather to Alzheimer’s Disease. This same year James was awarded the casting directors award, Most Promising Actor at a Screen showcase, and played the supporting role of ‘Reece’ in the drama short “Sentence.” Filmed in an active juvenile prison,” James’ research for this role included talking to detainees, an experience that opened his eyes and allowed him to dive deeper into his character’s depth.

James now graces the silver screen on the Apple+ TV series “Swagger.” James plays ‘Drew,’ the young, skilled basketball player who will do anything for his team. The series inspired by NBA superstar Kevin Durant’s experiences explores the world of youth basketball, and the players, their families and coaches who walk the fine line between dreams and ambition, and opportunism and corruption. Bingham is honored to be a part of this project and to have worked with such a talented cast and crew. Catching the attention of creator and showrunner Reggie Rock Bythewood in the worldwide casting search via his self-tape, James flew to Los Angeles for a chemistry read and booked the coveted role of ‘Drew.’ Filming began shortly thereafter in Richmond, Virginia, an experience James will always remember, as it was his first legitimate set experience and his first time living in the US. 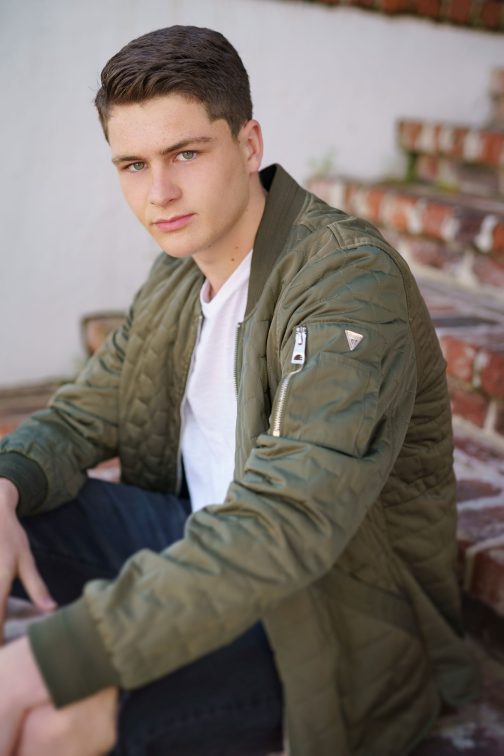 Hi, James Welcome to OLC! So, let’s talk about ‘Swagger’, the new Apple TV series inspired NBA superstar Kevin Durant, how did this role come about?

Hey, thank you for having me!

I got the audition from my agency in Perth and I really felt good about it, I filmed the self-tape and sent it through to the US only to hear from them a couple of weeks later when they asked for footage of me playing basketball. I sent through multiple videos over about four weeks then I got home from school one afternoon and my mum told me that I was flying to LA that night for a chemistry read. It all happened quite fast but I am lucky enough to be in the position I am today!

Tell us a bit about the show and your character Drew?

Swagger is inspired by the youth basketball days of Kevin Durant and shows what it’s like to grow up in America. Swagger covers many powerful topics such as abuse and corruption and uses basketball as a platform to get everyone on the edge of their seats. My character Drew comes from a more affluent part of town and plays a pivotal part in the brotherhood of the team. He brings high energy and comedic relief to most scenes but has more depth to him as episodes go by.

Man, words can’t describe it. I really felt like I was in a dream! KD really made an effort to talk to the cast and also chatted with my mum for a few minutes. He was such a genuine guy and he’s super worthy of his G.O.A.T status.

Your from Perth, like myself (go Perth!), when your away from home what do you miss most about Western Australia?

I miss my family and mates back home and also playing AFL footy, the beaches, the sunny days and the list goes on. Western Australia is my favourite place in the world and I think it’s very underrated.

We play a lot of Aussie Rules back home, but did you play much basketball and what kind of training did you have to undertake?

I played school and domestic league back home but I was never really a stand-out player. I had to train five weeks prior to shooting and also most days over the shoot. Basketball training was a top priority for the production because all the basketball was real and it is cast had to pull it off. I had amazing trainers such as Reggie Wallace and Lochlan cummings!

Your planning on making a move to the U.S., what’s your experience been like in America so far and what have been some of your most memorable moments?

I have really enjoyed my time in the US and I have made many genuine connections and lifelong friends. Some of my favourite moments were just being on set every day and being

part of a family on and off the screen. I’m looking forward to eventually re-locating and spending more time over there in the future!

Not only are you an actor but your also a musician? Are you currently in any bands at the moment?

I am in multiple school bands but I also busk with my best mate and we record a bunch of original music. I’m hoping to share my music soon but currently, I’m just trying to find my own sound and am really enjoying experimenting!

Who are some music artists that inspire you and what do you love about their craft?

I am a huge John Mayer fan and he has inspired a lot of my own music. He is such an incredible musician and his lyrics mean so much more than words. I also listen to a lot of Aussie indie bands and hip hop from the states. Music is the essence of the soul.

Where do you find the inspiration for the majority of the music you write?

I think being away from home and the people I love has inspired my original craft because I never really understood what I had until it was gone and I try to write lyrics that represent that in a general way so listeners can interpret it their own way. I think like every musician, I try to tell stories and write about my experiences but with an authentic touch.

Any plans for the holiday season or New Years Eve?

Multiple family gatherings, lots of food, and heaps of swimming down at the beaches!

Your favourite thing to do here in Perth?

Watching the sunset in summer is the best vibe and also seeing my mates’ heaps and boating camping and fishing.

Hopefully, I get the opportunity for a season two and more roles in different projects. I’m really looking forward to seeing what the future holds and what type of adventures we’re going to have in 2022! Thank you! 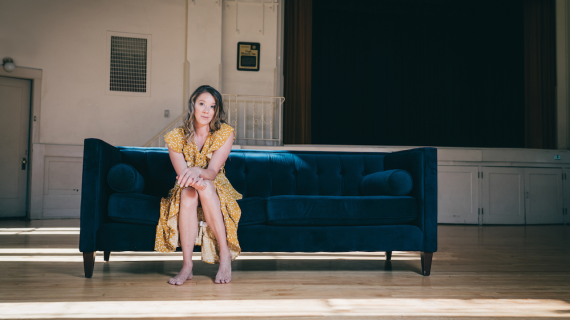