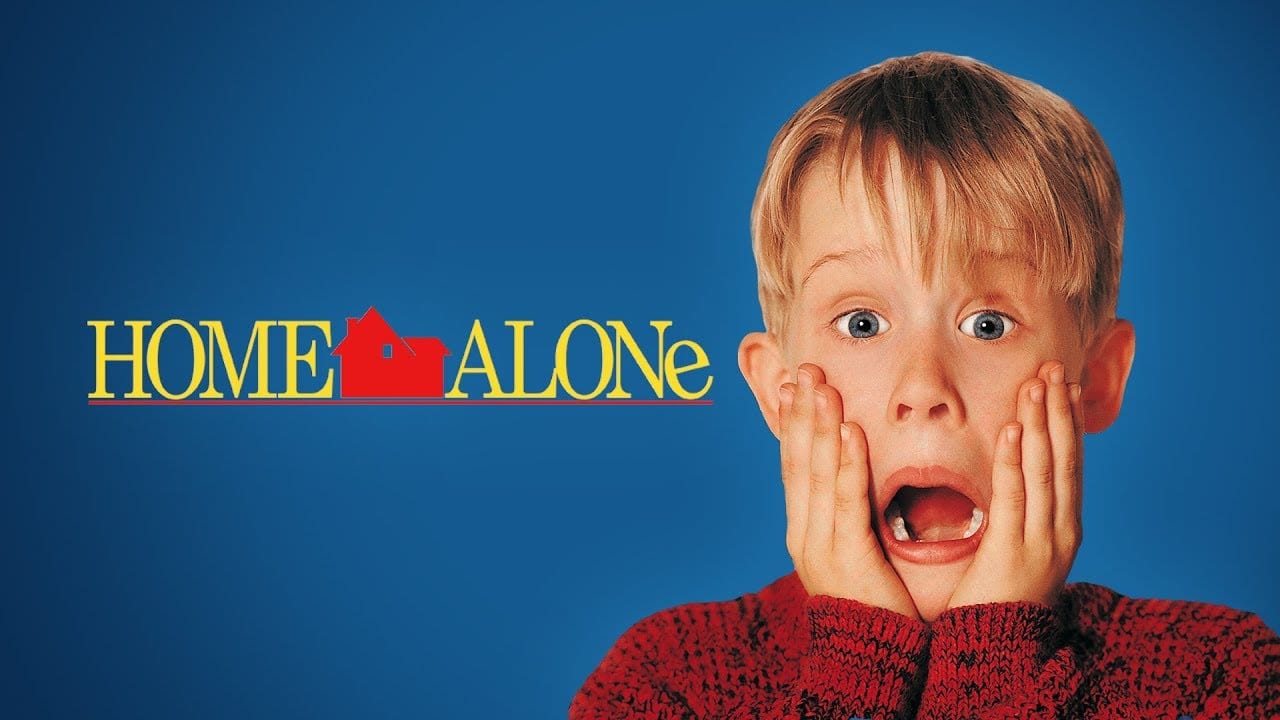 Two of the greatest Christmas movies of all time would have to be ‘Home Alone’ and ‘Home Alone 2’. The 1990’s comedy classics are funny, action-packed and heartwarming, topping ‘best Christmas movie’ lists consistently since its release. Main character Kevin McCallister;  a precocious eight-year-old boy who gets accidentally left at home alone over Christmas and is tasked with protecting his home from a duo of robbers – is undoubtedly a highlight. In the sequel he’s on the run from those same mischievous robbers, all alone in New York City. Writer and producer John Hughes suggested 10-year-old Macaulay Culkin for the lead role having worked with him in Uncle Buck, but director Chris Columbus met with up to 200 child actors before finally meeting with Culkin and agreeing he was perfect for the part.

Joe Pesci and Daniel Stern play the leading roles as the two robbers, Harry and Marv, respectively, who try — and epically fail — to steal from the McCallister home under Kevin’s watch. Catherine O’Hara, who plays Kevin’s mom, Kate McCallister, told the Star in November 2015 that she is “grateful to be a part of someone’s Christmas ritual.”

In the ‘Home Alone’ films, Kevin McCallister has four siblings and nine cousins, part of the reason he was forgotten in the morning rush after the McCallisters overslept their alarm on the morning of their flight to Paris. Most of us know what became of Macaulay Culkin, but what of the rest of the Home Alone kids? It’s been 32 years since the movie first hit theaters, and all of the kids from ‘Home Alone’ have grown up, some taking on bigger roles in Hollywood, others starting new careers entirely. Here’s what we discovered; 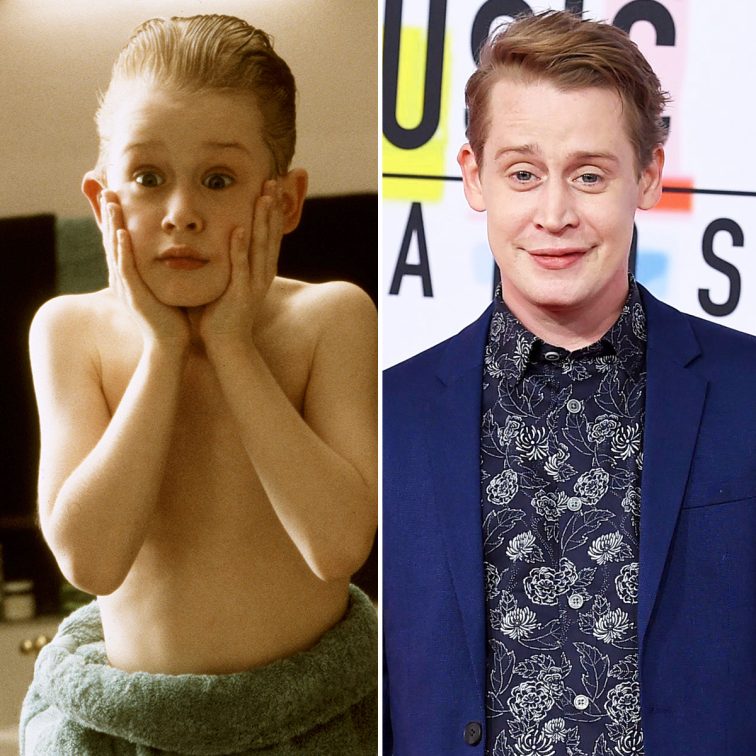 We start with the star of the show Macaulay Culkin, who played Kevin, the kid who was indeed left home alone. Culkin was 10 years old at the time of the movie’s release. As Culkin let everyone know in a tweet that now has over 3 million likes, he’s now 40. After starring in Home Alone, the actor made numerous movies as a child star, including Saved!, Party Monster, My Girl, The Good Son and Getting Even With Dad, plus as a voice actor on Robot Chicken. He also had a band called The Pizza Underground, and now runs the satirical website Bunny Ears. He is in a relationship with former Disney Channel star Brenda Song. 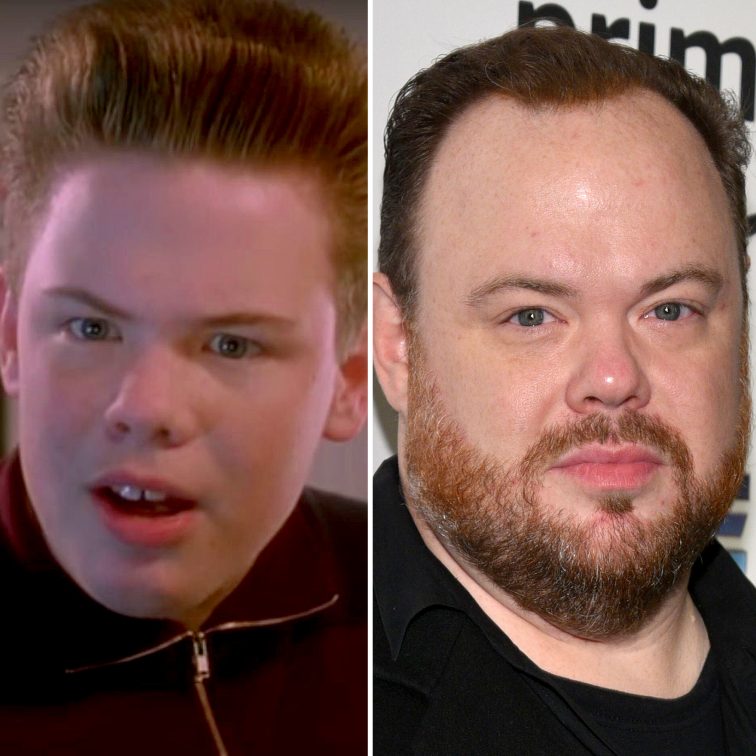 Devin Ratray played Buzz, Kevin’s mean older brother with the girlfriend who Kevin did not approve of. After portraying Kevin’s bullying big brother Buzz, Ratray appeared in Dennis the Menace, Strong Island Boys, The Prince and Me, Breaking Point, Nebraska, Masterminds and Rough Night. Had has also appeared on Mosaic, Chicago Med and The Tick. The actor, now 42, took on a few minor roles after the 1990 Christmas classic. Most notably, he appeared in a 2006 episode of Law & Order where he played murderer Richard Elm, and later rejoined the show to play an antagonist in and episode of Law & Order: Special Victims Unit. 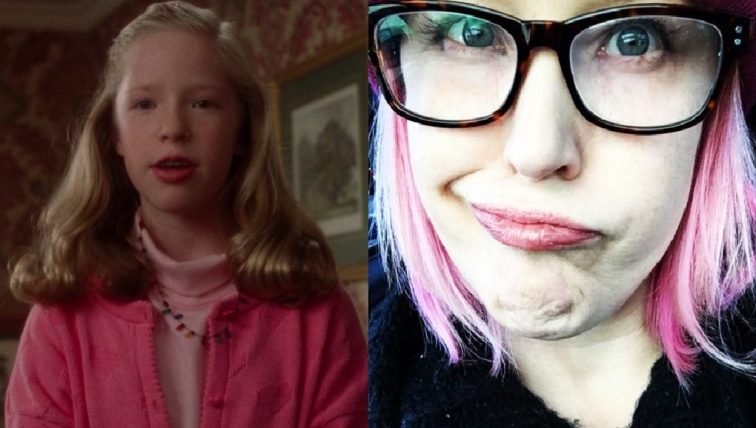 Angela Goethals plays Linnie, another one of Kevin’s siblings. She’s the one who told Kevin he’s “what the French call les incompétents.” Back when the film first came out in 1990, the actress was aged just 13, but was replaced by Maureen Elisabeth Shay when Home Alone 2: Lost In New York was released in cinemas two years later. Goethals had a theater career before and after Home Alone, and continued to have roles on successful TV series and in movies as the years went on. You may have spotted her in Jerry Maguire, Spanglish, and 24. The actress has appeared in numerous plays, including Nothing Sacred and Long Day’s Journey into Night. She has also narrated audiobooks, including the Sisterhood of the Traveling Pants and Lucy & Harris Novella series. Goethals has been married to Russell Soder since 2005. The pair share three children. 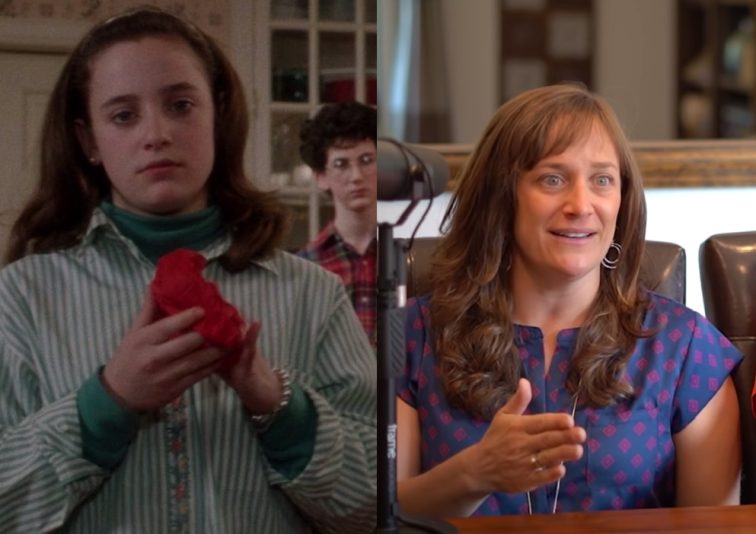 Kevin’s eldest sister was Megan, who was played by Hillary Wolf. She’s the one who actually worried about him when they got to Paris. Wolf had a number of roles in Hollywood around the time of Home Alone, but her final film appearance was in Home Alone 2: Lost in New York. She made a surprising move after that: competing in the Olympics in judo. Now Hillary Saba, she’s married to fellow Olympian Chris Saba with whom she has two kids. Hillary also participated in the 1996 and 2000 games. 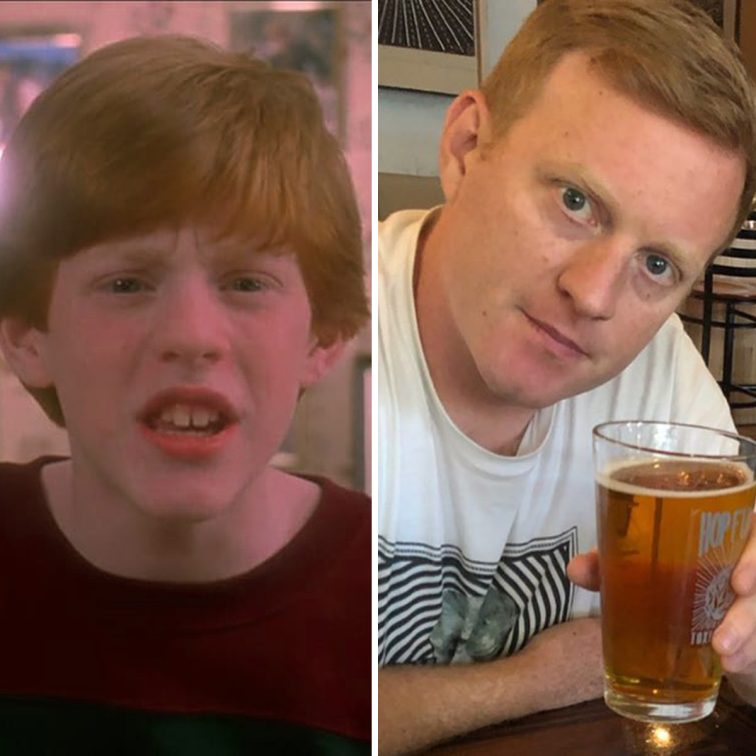 Kevin’s fourth and final sibling is Jeff, played by Michael C. Maronna. He’s the guy who famously told Kevin he’s “such a disease.” Now 42, Maronna landed a few minor film roles post-Home Alone 1 and 2, including in Slackers (2002) and 40 Days and 40 Nights (2002). The following few years saw Michael star in a number of TV commercials and minor roles, before retiring from acting in 2004. Since then, he’s worked as an electrician on film and television sets with credits including Sex and the City and Be Kind Rewind. After ‘Home Alone’ Maronna starred on the Nickelodeon series The Adventures of Pete and Pete as Big Pete—and now hosts a podcast about it.

Heather, played by Kristin Minter, was Kevin’s oldest cousin, whose parents lived in Paris. She’s the one who counted up all the children before the trip and mistook a neighbor, Mitch Murphy, as Kevin. Minter has acted consistently since her time in Home Alone, appearing on series including Ray Donovan, Nip/Tuck, and This Is Us. Her longest-running role was on ER as desk clerk Randi Fronczak. 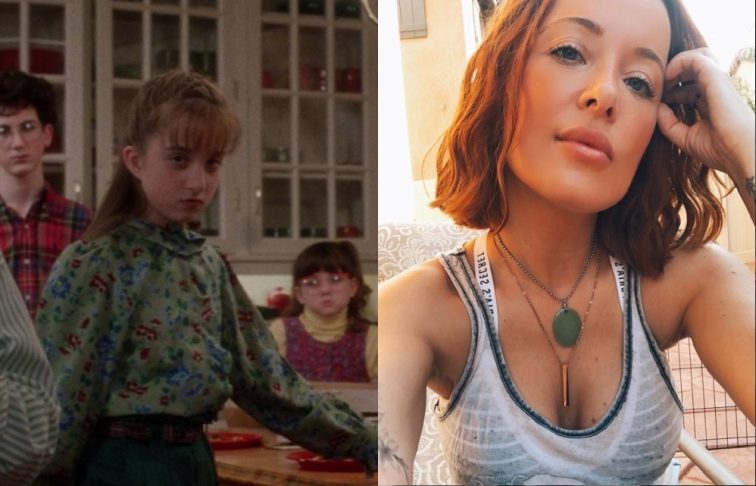 Sondra, played by Daiana Campeanu, was one of the McCallister cousins. After Home Alone, she appeared in Home Alone 2 and Dennis the Menace, along with her movie cousin Devin Ratray (AKA Buzz). As an adult, the performer now known as Diana Rein has acted in a number of short films, but her real passion is music. Rein is now a blues singer and guitarist. 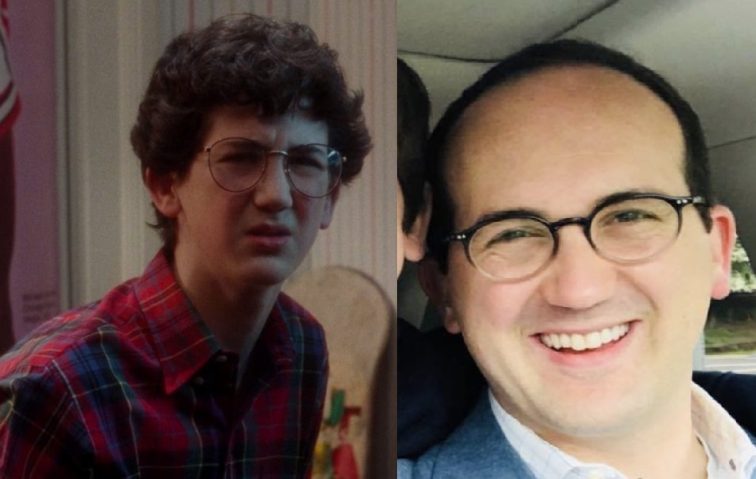 Jedidiah Cohen played Rod, the cousin who was very concerned about what would happen to Buzz’s spider while the family was away in Paris. Cohen returned for Home Alone 2, and that’s his only other film credit aside from two shorts in 2000. He did continue acting on stage. At that time, he had graduated from Harvard with a degree in astronomy and astrophysics and was the vice president of a real estate firm. Now he works in health insurance, and he also founded the website RocketHub. He’s married to fellow Broadway performer Kate Dawson and they have one child together. 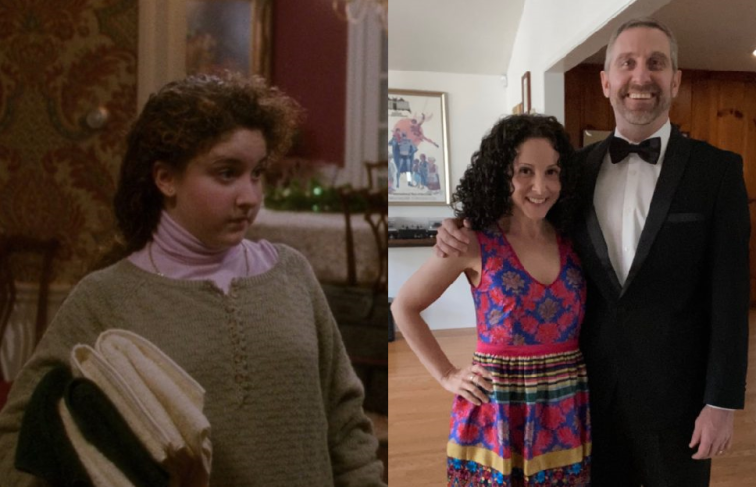 Tracy was yet another McCallister cousin, played by Senta Moses. Tracy was caught complaining about how she couldn’t find any shampoo. Moses married film and TV editor Joe Mikan and became Senta Moses Mikan, and she is also still an actor. She has had roles in shows and movies, including My So-Called Life, Sister, Sister, General Hospital, and Little Fires Everywhere. 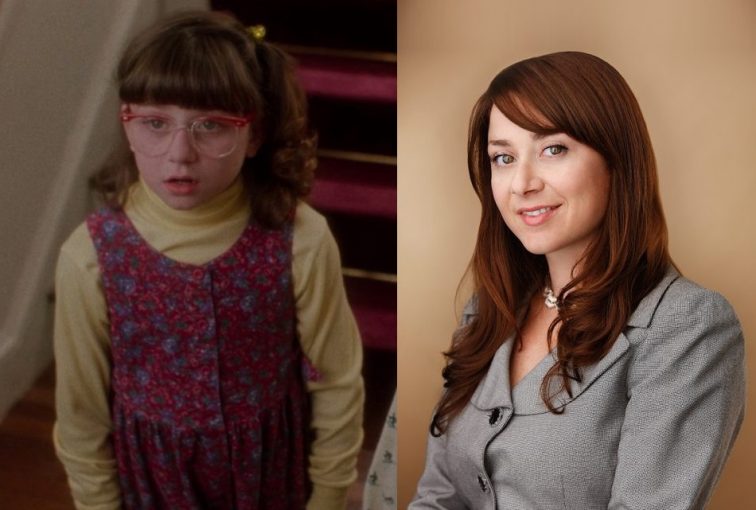 Brook was played by Anna Slotky, she was Kevin’s other younger cousin. She might not have said much, but she had the memorable stare at Joe Pesci’s character at the beginning of ‘Home Alone’. Slotky continued acting throughout the ’90s, appearing on Step by Step, 3rd Rock from the Sun, and Sister, Sister. She quit acting in 2000 and ended up going to law school. She’s now Anna Slotky Reitano, and she’s a public defender working in Los Angeles and also a realtor. She’s married to animator James Reitano, with whom they have one child. 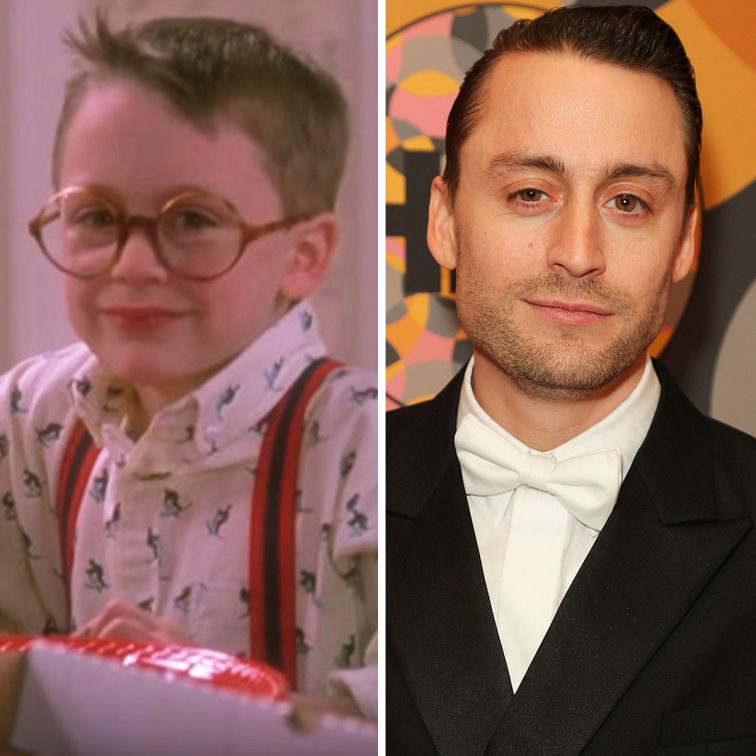 Culkin’s real-life little brother, Kieran, portrayed his annoying cousin Fuller, in the Home Alone films. Kevin was constantly being warned he would have to share a bed with Fuller on the family trip, which he took issue with since the little one was known to wet the bed. He has since starred in the Father of the Bride franchise, She’s All That, Scott Pilgrim vs. the World, Quitters and Infinity Baby. Kieran appeared on Go Fish and a few episodes of Long Live the Royals before playing Roman Roy on Succession, which earned him both an Emmy and Golden Globe nomination in 2020. The actor married Jazz Charton in 2013. They share two children. 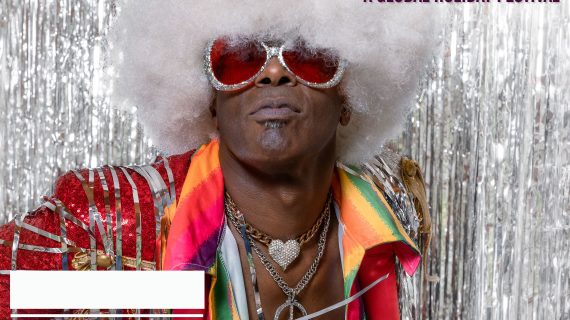 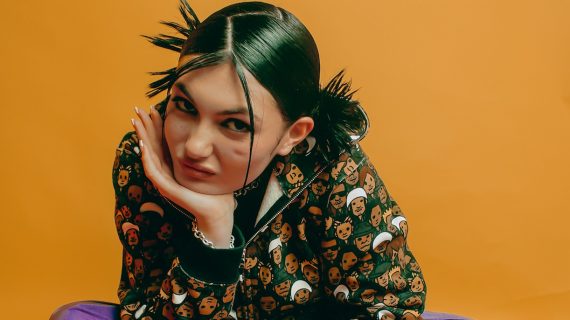