In a unique agreement made with TEN Music Group CEO Ola Håkansson – who originally signed Zara – Larsson has also today taken control of her entire recording catalogue (which has been streamed over 9 billion times). Having been signed to the Swedish independent since 2011, Zara’s relationship with TEN has resulted in one of her country’s most successful international exports – a story that continues in this new venture…

Commenting on the deal today, Zara states: “﻿I really want to say thank you to Ola and everyone at TEN for giving me the opportunity to break out as an artist and helping me start my career. You are now also making something happen that is so, so rare for a woman in the music industry – the capability to own my own catalogue. With that it makes perfect sense that I would start my own record company. I very much look forward to my future and to a continued collaboration with Sony as well.’

“This is a natural and exciting development in Zara’s continuing music career,” Ola Håkansson comments. “We have worked together for more than 10 fantastic, eventful years and Zara is, despite her young age, an established and respected international artist with extensive experience of the international music scene today. It is going to be really exciting to follow Zara’s ongoing music career. I wish her the best of luck, and I am convinced the she is going to achieve all her musical dreams and get to show her amazing artistry on the worlds biggest stages.”

Epic CEO Slvia Rhone, meanwhile, closes:  “Zara has been a cornerstone artist for Epic Records, and we are privileged and excited to be involved in the next chapter in her luscious career.”

Currently featuring on Alesso’s latest single ‘Words’, Zara Larsson has just dropped her Spotify Singles cover of ‘Lay All Your Love On Me’ in a pulsing rework produced by Mark Ralph (Years & Years, Georgia). Zara was also invited to attend the premiere of ABBA’s ‘Voyage’ residency at London’s Queen Elizabeth Olympic Park, ahead of Larsson’s European tour this summer and brand new music expected this autumn.

After making significant traction in 2021 with her first ever musical releases, British pop princess in-the-making Eden Hunter enters a new era of her burgeoning career with the introspective “Twenty.”

Written as a reflective anthem exploring inner self-doubt and existential worries, “Twenty.” is a gripping power-pop banger layering vulnerable confessions across rapid synth lines, crashing drums, subtle electric guitars and Hunter’s mellifluous vocal melodies. Further defining the single with gorgeous visuals, filmed in Manchester and choreographed by Six the Musical’s Freya Sands, the “Twenty.” music video sees Hunter play with natural surroundings as the perfect reflection of the track’s melancholic themes. Navigating vast, open spaces to visually represent how Hunter feels within the world and the music industry, Hunter’s chic choreography is becoming a staple of her visual brand and a key component in her work.

Attracting a growing yet loyal following with 50K streams now to her name, Hunter has amassed an impressive touring portfolio in recent times, embarking on support shows for major names like Tom Grennan, Ella Eyre, Thomas Headon, push baby, James Smith and Seeva while also gracing the stage at high-profile venues like Mighty Hoopla Festival and The Ned. Hunter continues proving her own selling power with sold out headline shows across the UK including London’s Bush Hall, O2 Academy Islington and The Half-Moon, taking to the stage at Colours in Hoxton this September for her next headline gig.

Initially finding herself in sessions with some of the industry’s biggest labels, the independent artist eventually made the choice to go at it alone and continues to share her original creations with the world on her own terms.

Incorporating an androgynous, lightly camp style into her work, the queer artist continues attracting a predominantly LGBT+ and young adult crowd with her performances and self-acceptance anthems, including a string of performances at London’s Freedom Bar, and counts many notable UK and US drag queens (including Tia Kofi and Ella Vaday) as fervent fans of her work: “Most of my life I never felt as though I slotted into a mould that I didn’t have an influence in making. In queer culture there is no mould.”

Still only at the start of her career but with credible co-signs continuing to pour in, Eden Hunter is already proving herself as a force to be reckoned with; consistently delivering pop bops with substance, stay tuned for more in 2022 from this promising young artist.

Equal parts breezy, funky, and propulsive, “Only You” is an R&B-laced knockout thatconjures inward conversations between lovers. “Slowly chasin’…falling into your dreams,” Eddie belts on the bridge before both artists entwin in hypnotic harmony, “It’s only you, it’s always you,”over chirping flute flourishes. “It’s an intimate love song about my relationship,” says Eddie. “I’m not exactly the easiest boyfriend to deal with just based off my energy and how extreme I am.”

Along with the song, today Eddie Benjamin shares the official music video. Directed by Machine Operated (MF DOOM, Lucky Daye), the visual perfectly encapsulates the essence of the song, showcasing a couple as they experience the complexities of the different stages of being in love in a surreal world. Watch the video HERE.

Earlier this week, Eddie gave fans a taste of the song via a special performance for Vevo DSCVR. Vevo’s DSCVR series alerts music fans to the most promising new talent every week of the year, which has featured everybody from Sam Smith to Billie Eilis. Watch Eddie perform “Only You” and “Weatherman” HERE.

Currently, Eddie Benjamin is finishing up his debut studio album, due soon.

“All of the songs are pretty life-shifting experiences I’ve gone through,” says Eddie. “I wanted totap into actual meaning within the art. This body of work represents the most monumental andmeaningful moments for me, and I just had to get them out.” It wasn’t always an easy journey. “It was painful. It was exciting. It felt like I’d grown up. It was an interesting and beautiful process.”

Co-writing both tracks with her brother Thomas LaRosa (as with all of her music so far), “HELP” expands on LaRosa’s sound of intricate, layered pop bangers – initially sharing the singles in April, LaRosa’s clip for “HELP” follows as the second instalment of her trilogy which initially began with lead single “HAUNTED”.

With LaRosa co-directing and co-editing the videos, which are inspired by horror movies she grew up watching, “HAUNTED” is built around the ominous visual of a dark figure following LaRosa in a quiet neighbourhood, ending on a suspenseful cliff-hanger continued in “HELP”.

Branching off from “HELP” and “HAUNTED” will be “HEAVEN”, LaRosa’s upcoming follow-up which completes the short film experience and precedes her forthcoming EP, I’m Watching You.

Recently earning high praise for her visual-led, alt pop style from global stars like Nessa Barrett and 24kGoldn – further backed up by LaRosa racking up an impressive 10M+ streams on Spotify and 1.8M likes on TikTok – 2022 is sure to be a breakout year for Isabel LaRosa, as a growing audience eagerly awaits the arrival of every new bit of the puzzle. 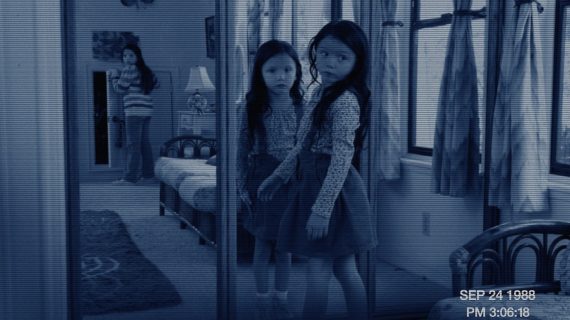