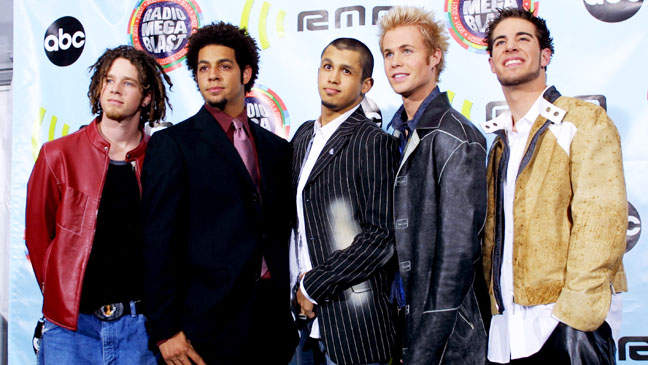 In the early 2000’s the hit MTV reality show Making The Band helped paved the way for boyband O-Town. Named after Orlando, Florida, although none of them are from the city, they assembled for the first time on the series, which premiered on television in the spring of 2000. Following their success on the first season, O-Town was signed to Clive Davis’ recording label, J Records. With everything set for their debut, the band headed off to the studios to record material for their debut studio album. There debut single “Liquid Dreams” started to gather traction quite quickly on the Billboard charts, soon after the group released their debut studio album entitled, “O-Town” in the winter of 2001. With the major success of boybands at this time the album proved to be a major success selling more than 1,000,000 copies in the United States alone.

Only a year later in 2002 the boyband released their second album entitled “O2” which followed a platinum certified debut album. “O2” didn’t receive the same popularity as there debut album but still managed to get within the top 30 of the Billboard 200. In late 2003 O-Town disbanded due to various financial issues, and as a result most members embarked on solo careers. Those solo careers were short lived, and a decade later the band decided to get back together but without Ashley Parker Angel, and came out with there third studio album “Lines & Circles”.

Aside from their studio album releases, O-Town has dropped a number of singles throughout the years- some of their popular titles include “Liquid Dreams”, “All or Nothing”, “We Fit Together”, “Love Should Be a Crime”, and “Those are the Days”. The winners of a Teen Choice Award for the category of “Choice Music: Breakout Artist” , their music has been featured in a handful of TV series and films including “Dr. Dolittle 2” and “The X Factor”.

So after the group disbanded you may ask what were these guys doing? Where did they go? And what does the future hold for O-Town? Well all that I can answer for you. The boyband mastermind creator Lou Pearlman is still serving his 25 year sentence for a Ponzi scheme he once created. This caused the O-Town to go there seperate ways but Erik-Michael Estrada, Trevor Penick, Jacob Underwood, Dan Miller, and Ashley Parker Angel, have lived interesting lives long after the cameras stopped rolling.

Erik-Michael Estrada decided he was going to persue acting in Hollywood in a major way. He got his first major acting role as Babyface in the drama “Los Lost Ones”, which follows a family who must pull together to save a woman from Mexican drug dealers. Estrada remained active on twitter over the years, listing all his upcoming acting projects in film and tv as well as any concerts he was taking part in. Most recently Estrada joined his reformed O-Town band mates on the My2K tour which featured 90’s pop acts 98 Degrees and Dream.

Trevor Penick decided on a solo career after his boyband days taking on the stage name Tre Scott. He released a single entitled “Hold On” which failed to hold it’s own on the music charts. He then turned to film, starring in the film “Killing Lazarus” and also appeared as himself in the 2011 documentary called “AKA Private”. He also starred in the Syfy channel movie “Dead 7”, with his band mate Estrada, and also joined him on the My2K tour.

Jacob Underwood went a different direction to his other band mates. He formed a country group back in 2004 called “Jacob’s Loc” and released an album in 2006. According the bands Facebook page they released a single entitled “Whiskey Callin'”. But now Underwood has ditched the country roots to join his band mates on the My2K tour.

Dan Miller like his counter parts decided to embark on a solo career. In 2005 he released his debut solo project entitled “Slower Than A Gun”, which featured the singles “Move The Sun” and “Smoking Gun”. The singles failed to gain massive traction on the charts, so he also turned his sights onto acting. He too also appeared in the movie “Dead 7”, but his biggest accomplishment could be his family. Miller and his wife Erin have been married for over 10 years and share a child together.

Ashley Parker Angel took part in the 100 days of fitness challenge on Instagram, and his fans got to see his transformation from regular ‘Joe’ to muscle machine. Angel took no part in any O-Town reunion, although there was no hard feelings in his decision to take no part in the group. In 2006 he had his own MTV show “There And Back”, which followed Angel as he tried to make his come back in music. Angel performed as Link Larkin in the broadway musical “Hairspray” back in 2007. In 2010 he got his own movie role as Carson Wheetly in the fourth installment in the “Wild Things” movie franchise. The movie was simply called “Wild Things Foursome”. In 2014 he landed the role of Fiyero in the national tour of “Wicked”.

Over a decade after this official disbandment, O-Town gave fans a pleasant surprise after announcing their their official social media pages that they will be reuniting as a quartet (Ashley Parker Angel had declined) in 2013. Working together with San Diego-based music producer Mark Suhonen, they signed a recording contract with All About the Melody Records and released their third studio album entitled, “Lines & Circles” later that year. Their first album in twelve years, “Lines & Circles” was recorded over the course of three years from 2011 to 2014. Officially announced through their official Youtube account, the album was made available on August 24, 2014. Produced by Patrik Patrikios, Phil Shaouy, Ryan Tedder, Samuel Adams, among others, the album consisted of ten pop and R&B titles including “Sometimes Love Just Ain’t Enough”, “Got to Go”, “Buried Alive”, “Right Kind of Wrong”, “Playing with Fire”, “Chasin’ After You”, and “I Won’t Lose” which all fell into the category of electro-pop ballads. Despite being their long awaited comeback album however, sales were ultimately stalled. Unlike their earlier albums from the early 2000’s, “Lines & Circles” did not end up charting in the United States.

So what’s next for O-Town? Thanks to their fans the group will be releasing another album sometime this year. They’ve had plans for a while to do another LP but nothing has materialized because of a lack of funds. So on September 30th, 2016, O-Town launched a kickstarter page in hopes to fund a new music project. The group hoping for a goal of $47,500 surpassed that in just seven hours. O-Town announced that the new project would be released in two parts, an A side would come out in Spring and a B side would be available in Summer. Over 500 people contributed to help pledge $81,000 to help bring O-Town back to life.

If there’s someone you would like to see featured on Where Are They Now? don’t hesitate to drop me a line through neillfrazer@hotmail.com or hit me up on my Facebook and I look forward to hearing from you. 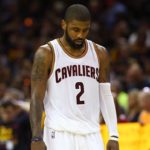 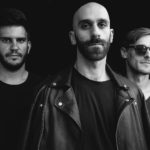