K-Ci & JoJo is an American R&B duo, consisting of brothers Cedric “K-Ci” Hailey and Joel “JoJo” Hailey. Natives of Monroe, North Carolina, they are also the lead singers of the chart-topping R&B group Jodeci with the DeGrate brothers; Donald (better known as DeVante Swing) and Mr.Dalvin. K-Ci and JoJo first landed on the scene as hit members of the R&B group Jodeci. K-Ci & JoJo’s first sign of independence came in 1994 when K-Ci covered Bobby Womack’s hit “If You Think You’re Lonely Now” for the movie Jason’s Lyric. Early in 1996, K-Ci & JoJo teamed up for the song “How Could You” for the movie Bulletproof starring Damon Wayans and Adam Sandler. By July 1996, K-Ci & JoJo were featured guest artists in 2Pac’s number-one R&B hit “How Do U Want It”. It also topped the Billboard Hot 100. They also gained popularity with 2Pac’s last music video, “Toss It Up”.

Considering that R&B duo K-Ci & JoJo has sold millions of records, it is hard to believe that there was a time when Joel Hailey wasn’t sure if he could write a good song. It wasn’t until seven years into his career that he was convinced of his talent. “I always thought I had (a talent), and after I wrote ‘All My Life’ and it was that big, then I realized it,” Hailey told Contemporary Musicians about the song from the duo’s multiplatinum 1997 debut album Love Always. “You just never know no matter what you do. You never know if it’s going to be a hit or not. You can never predict that.”

Brothers K-Ci & JoJo, began their careers in music during childhood as members of their father’s gospel group, Little Cedric and The Hailey Singers, in North Carolina. In the late 1980s, they met another pair of brothers, Donald “DeVante Swing” DeGrate and Dalvin DeGrate, who, like the Haileys, performed with their dad in the De-Grate Delegation. In 1990, the quartet formed Jodeci, a group that blended the vocal histrionics of gospel with R&B sounds. The quartet shopped its demo tape to several record label executives in New York City. One of the first stops was Andre Harrell’s Uptown Entertainment, for whom Jodeci performed a cappella. Harrell offered them a deal that led to three platinum albums, Forever My Lady, Diary of a Mad Band and The Show, The After Party, The Hotel. In 1996, when the promotion of the latter album slowed, K-Ci & JoJo decided to temporarily split from Jodeci to record on their own. As with Jodeci, K-Ci & JoJo’s success came swiftly. The Haileys collaborated with 2Pac (Tupac Shakur) on the song “How Do U Want It”/“California Love,” which was later nominated for a Grammy Award. K-Ci & JoJo, along with Babyface and two of his brothers from the R&B act After 7, recorded “I Care ’Bout You” for the Soul Food soundtrack in 1997 under the group name Milestone.

The brothers released their debut, Love Always, in 1997. The ballad-heavy record was a different avenue and venture for the artists to the sex-fueled work of Jodeci. In terms of singles, Love Always proved fruitful. Planned Parenthood backed the single “Don’t Rush (Take Love Slowly),” while “All My Life” gave the Hailey brothers their first number one hit. “All My Life” almost didn’t make it on K-Ci & JoJo’s album. JoJo told MTV that he penned the song about his daughter but offered it to an unnamed artist. “The song was originally supposed to be used for… another artist, a female artist on A&M Records. But we listened to it after we got out of the studio and it was like, ‘I’m keeping this, this is too hot.’” Fans felt the same way, helping boost sales of the album past the double-platinum mark, or more than two million copies.

After various award nominations, K-Ci & JoJo returned to the studio to begin work on It’s Real, the 1999 follow-up to Love Always. Musicians were clamoring to work with K-Ci & JoJo, but the duo decided to keep production of the album a family affair. They paired with close confidants, including Babyface, instead of big-name producers. One exception was R&B singer R. Kelly, who wrote, arranged, and produced the song “Life,” which also appeared on the soundtrack for the Eddie Murphy and Martin Lawrence movie of the same name.

In September of 2000, the duo lent the single “Crazy” to the soundtrack for the film Save the Last Dance,starring relative newcomers Julia Stiles and Sean Patrick Thomas. Initially, JoJo told Contemporary Musicians, that MCA was skeptical about offering the song to the film: “Everybody … thought we were crazy. Nobody thought that movie was going to have that type of appeal…. The director [Thomas Carter] said [“Crazy”] would fit perfect in this particular part of the movie. He just felt the song [and put it] right where he wanted it.” The film topped the box office two weeks in a row after its release on January 19, 2001.

K-Ci & JoJo entered the studio to begin work on their third album, X, named in celebration of the duo’s ten years in music. Babyface, as well as noted hit makers Timbaland and Teddy Riley, who is synonymous with the “new jack” sound of the 1990s, penned songs for the record. 2Pac makes a posthumous appearance on X by way of a vocal sample on “Thug N U Thug N Me.” It is noteworthy in that it is considered a throwback to Shakur’s 1996 single “How Do U Want It,” the first project on which K-Ci & JoJo appeared outside of Jodeci.

A legal suit against K-Ci & JoJo tainted the celebration surrounding the release of X. The duo was slapped with negative publicity as well as a civil suit after K-Ci allegedly exposed himself while performing in front of a mostly female audience as part of the KIIS-FM Jingle Ball 2000 in December at the Shrine Auditorium in Los Angeles, California. He was charged with 23 counts of indecent exposure and one count of lewd conduct for the incident. In May of 2001, he pled no contest to four charges. In July he was sentenced to two years probation and $910 in fines. Several families at the event also filed a civil suit based on charges of nuisance, infliction of emotional distress, and negligence.

With all the highs of their career there no doubt had to be some downs. In their height, they we’re one of the most powerful R&B duo’s of the 90’s. But, their battle with alcoholism cut short their time in the spotlight. The Grammy Award nominees decided to shed light on their attempt to return to the music industry in a new TV One reality series called ‘Come Clean.’ The nine-episode series finds the ‘All My Life’ singers living together for the first time in more than a decade as they undergo radical medical treatments, physical training and get the help of Pastor Jamal Bryant in an attempt to stay sober.

While K-Ci and JoJo may never take the R&B stage ever again in the same way they did in the 90’s, one thing is certain; this duo created one of the best R&B albums of all time in ‘Love Always’, and created a catalog of all time hits. 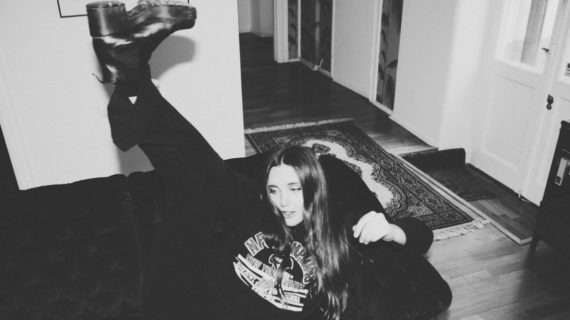 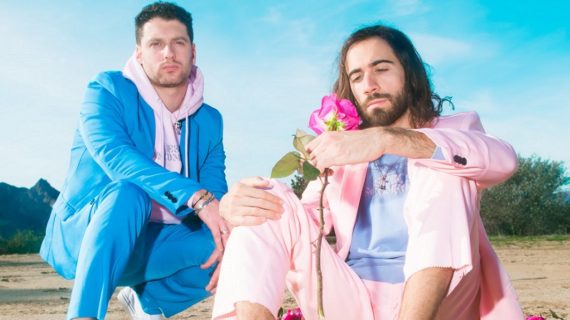