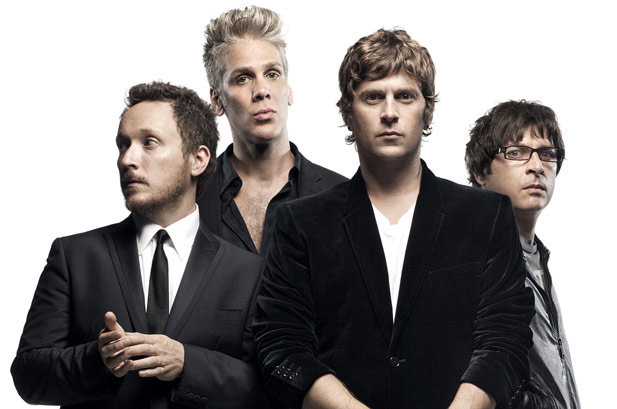 It’s been over 20 years since one of the biggest bands of the 90’s came together and released their debut album “Yourself Or Someone Like You”, which was certified 12 times platinum in the U.S. and became a multi platinum album in Australia and New Zealand. Matchbox Twenty was formed in Orlando, Florida in 1995, and the band consisted of Rob Thomas (lead vocals, rhythm guitar, keyboards), Kyle Cook (lead guitar, backing vocals), Brian Yale(bass), and Paul Doucette (rhythm guitar, drums, backing vocals). The band was pigeonholed as one of the legions of post-grunge, and as their debut single “Push” dominated the charts, and it was automatically assumed that Matchbox Twenty was going to be another one of those one hit wonder groups. “Yourself Or Someone Like You” though defied all the critics odds and managed to rattle off chart topping hits well into 1998. The bands sound was that definite 90’s alternative rock, compared to that of groups like Pearl Jam and R.E.M. which had ultimately become mainstream American rock.

Their debut release sold millions of copies worldwide, and as consistently as it was certified platinum at no point did the album top the charts, but it was always around becoming almost a cult album of the modern rock era, as through the late 90’s their singles got copious amounts of radio airplay. Matchbox Twenty managed to establish and blend a sound that combined both classic 70’s rock with 90’s hard rock, managing to gain a large audience, and as much as they were the most popular band in America in the 90’s, no one ever really realized just how much status they had achieved.

Matchbox Twenty’s lead singer and songwriter Rob Thomas, born on a military base in Germany, spent much of his childhood between his mother’s house in Florida and his grandmother’s place in South Carolina. The constant movement between houses caused Thomas to flunk out of school at the age of 17, and he began wandering Southeast singing in a variety of rock bands before he made Orlando, Florida his home. It was here he met Brian Yale and Paul Doucette, and the three spent years drifting through local bands before Matchbox Twenty was formed. The band was completed when Adam Gaynor, formerly with Criteria Recording Studios and Kyle Cook, a former student of the Atlanta Institute of Music joined the group.

The band met Collective Soul producer Matt Serlectic, and began recording demo’s, and securing gigs around the U.S., before they signed a deal with Lava and began recording their debut album “Yourself Or Someone Like You”. The LP was released in October of 1996 with little to no attention, but the guys continued to tour America building their own fan base. Eventually the track “Long Day” gained exposure on radio stations, and paved the way for the break out success of the hit single “Push”. It climbed it’s way to the top of the rock charts, and got mass airplay from MTV, before the single hit the top 10, and their album hit the top 40 and went gold. But the success of this debut album had no signs of slowing down, when in 1997, the boys released the next single “3am”, which became even bigger then “Push” and propelled their debut album into multi platinum status.

These two singles began what was to become a surprising success story, and in 1998 the band was named Best New Band by Rolling Stone’s annual reader’s poll. As they began to gain momentum they began to win a larger mainstream audience, and the album spawned two more successful radio singles “Real World” and “Back 2 Good”. In 1999 Matchbox Twenty decided to record their eagerly awaited second studio album, but they didn’t disappear from the spotlight, as Rob Thomas teamed up with guitarist Santana to write, record and release a smash hit single “Smooth”. The single appeared on Santana’s comeback album “Supernatural”, and went multi platinum and won many industry awards. 1999 became quite a year for Rob Thomas and the band, as Thomas was named BMI’s songwriter of the year, and lead into his 3 Grammy win’s in 2000 for “Smooth”, which won song of the year.

Matchbox Twenty had raised expectations for the new album which was entitled “Mad Season”, and came out in May of 2000. Two years later the band dropped it’s third album entitled “More Than You Think You Are”, in which the band shared songwriting duties. “Mad Season” still managed to bring success with the single “Bent”, which peaked at number 1 on the Billboard 100, and the second single “If You’re Gone”, which went 4 time platinum in the U.S. The next two singles though “Mad Season” and “Last Beautiful Girl” were not as successful for them unfortunately. For the third album “More Than You Think You Are” the boys went more punk rock and it spawned three successful singles “Disease”, “Unwell” and “Bright Lights”, but the album didn’t receive the commercial success their previous releases endured.

In 2004 the band took it’s first hiatus, giving the band members the opportunity to explore side projects, and rhythm guitarist Adam Gaynor officially left the group. Lead singer Rob Thomas released a debut solo album named “…Something To Be”, which debuted at number 1 on the Billboard charts. The album featured four successful singles, “Lonely No More”, “This Is How A Heart Breaks”, “Ever The Same” and “Streetcorner Symphony”. In 2007 the band got back together and released their brand new album “Exile On Mainstream”, and featured the hit singles “These Hard Times” and “Exile On Mainstream”, which lead to the opportunity for the band to tour with rock artist Alanis Morisette. In late 2008 the band came to the end of their tour and Thomas began work on his new solo album “Cradlesong”, and stated in an interview with Billboard that he expected the rest of the Matchbox Twenty band to continue to record and release material without him.

In 2012 Matchbox Twenty with Rob Thomas released a new album called “North”, which sparked the single “She’s So Mean” which managed ton peak as high as number 6 on the Billboard charts, but the album failed to create any buzz at all. In 2013 the band head lined a world tour with rock band The Goo Goo Dolls, and 2016 Matchbox Twenty’s Kyle Cook took to Instagram that he was leaving the band saying “I wish things were different and I felt differently about it, but several weeks ago I made the other members aware that I am leaving the group. This, however, should not be taken as an announcement of the band’s dissolution because I only speak on my behalf. For me, the decision was one that was heavily contemplated and meditated on. Among others, the primary reasons were a deterioration of communication, disagreements on when, where, and how we tour, and a general breakdown of democracy in the group.”

On March 27th, 2017 during a press release, Matchbox Twenty members Rob Thomas, Paul Doucette, Brian Yale, and Kyle Cook we’re all returning to the band and announced they would embark on “A Brief History of Everything” Tour. On Twitter band member Doucette revealed Cook’s return to the band and said this tour was going to be more of a celebration of the band’s history stating “this was always going to happen. It just took a bit for everyone to realize that.” There’s no doubt that Matchbox Twenty have cemented themselves as one of the most influential alternative rock bands of the 90’s, and for years to come their music will be pop/rock cult classics. 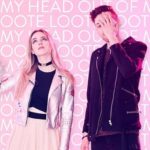 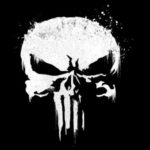