John Edward Douglas has had a long, if subtle, even unknown, presence and influence in the American criminal justice system, law enforcement apparatuses, and popular culture than most people would care to realize. One of the first criminal profilers, Douglas, along with several others of the FBI’s Behavioral Science Unit, is responsible for much of our understanding of the psychology of serial killers today. Douglas has interviewed some of the most notorious killers the world has ever known, from Edmund Kemper, Jerry Brudos, Richard Speck, Sirhan Sirhan, James Earl Ray, Ted Bundy, David Berkowitz, and Charles Manson. The character of Jack Crawford from the Hannibal Lecter franchise is directly inspired by Douglas. The popular CBS show Criminal Minds “Behavioral Analysis Unit” is in fact a real team in the FBI, for it is the modern-day Behavioral Science Unit that Douglas once served on, having partially changed its name. The CM characters of Jason Gideon (Mandy Patinkin) and David Rossi (Joe Mantegna) are based on Douglas.

Naturally, when a show purporting to explore and present Douglas’ own adventures to understand and analyze the criminal mind was revealed, I was instantly excited! I have long had a fascination with such matters. Knowing David Fincher (Zodiac, House of Cards) was involved as a producer and episode director only increased my confidence in such a series.

The series is about FBI Special Agent Holden Ford (Jonathan Groff), based on Douglas, as he interviews real-life serial killers from around the country, and how it has an effect on him personally and professionally. Ford is met with skepticism from the brass higher up. Everyone knows that the days of criminals like John Dillinger and Al Capone have been coming to end, but now the world is filled with murderers who appear to have simply no motive for their murders, but the brass, as represented by Shepard (Cotter Smith) regards psychology as “hippie voodoo”.

Ford’s own studies in his free time attract the attention of the fledgling Behavioral Science Unit, and Ford is recruited into the unit by Special Agent Bill Tench (Holt McCallany). Tench is based off real life FBI Special Agent Robert K Ressler, widely credited with coining the term “serial killer”. Tench takes Ford around the country to assist local law enforcement on major cases and teach them certain methods for pursuing criminals.

As the series progresses, we can see the toll taken upon Ford, Tench, and the other members of the BSU, the more information they acquire from their interviews with actual serial killers. Ford’s relationship with his girlfriend, Deborah Mitford (Hannah Gross), and Tench’s with his wife, Nancy (Stacey Roca) are all affected by their recording of every sick, disgusting detail conducted upon these serial killers.
The series is not reliant upon fiction for these interviews either. After finishing the series once, I was shocked to learn that little of the interviews with the serial killers was original writing. Aside from minor name changes, the dialogue of the interviews conducted in the show is almost entirely lifted from the transcripts of the actual interviews conducted by Douglas and Ressler. Needless to say, it made for a chilling second viewing.

Mindhunter serves as an excellent tool to show us how far we’ve come to understanding the criminal mind, while accentuating the fact that we may never truly understand how this madness can affect our own psyche. The ending of the season involves a very personal moment between Ford and one of his interviewees, showing even the best just might get in over their heads. Throughout the season, we were given brief moments with a man credited only as “ADT Serviceman” (Sonny Valicenti) who clearly seems to be Dennis Rader, more commonly known as the BTK Killer. If this season was the study session, then the next season may be a long game of cat and mouse, Ford and Ressler trying to catch Rader before he kills again. The work of these men is important to our law enforcement, for as Ressler himself says, “How can we hope to get ahead of crazy, if we don’t know how crazy thinks?” 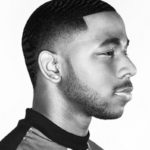 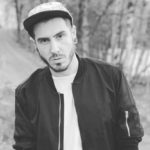