Canadian alternative rock band CIVILIANA have released their new single “Carry a Light” along with an accompanying music video on YouTube. “Carry a Light” co-produced by Matt Di Pomponio and Ryan Worsley (Dear Rouge, Said The Whale, Sophia Danai) – is the debut Canadian radio release for the Vancouver-based four-piece band and the first of three planned singles for 2019.

In describing “Carry a Light”, CIVILIANA’s lead vocalist and drummer Calen Trentini says, “This song explores the mental burden of regret and longing that follows a painful separation. It captures that familiar bump in the road that we’ve all experienced when one’s eagerness to move on is stunted by memories and romantic withdrawals of what has been left behind.”

The lyrical themes of “Carry a Light” are enhanced by its eclectic musical production. Using a pure alternative rock foundation as an artistic canvas, Trentini and bandmates Adam Wilson, Spencer Daley, and Daniel Ponich further developed the framework of the song with electronic layers, tenacious hooks, and strong vocals. The additional expertise of Di Pomponio and Worsley ultimately reinforced the band’s goal of leading listeners through a primal alt-rock experience with a clear emotional resonance. The single’s music video – directed by award-winning Swiss-Canadian filmmaker Kaio Kathriner – captures the track’s thematic essence through a blend of distinct visual styles.

“Carry a Light” represents a culmination of a recent artistic shift for CIVILIANA. Ponich – who produced the group’s 2016 EP Out the Window ­– subsequently joined the band because of their strong musical synergy. The resulting artistry comes from the group’s shared commitment to faithfully preserving the tangible roots of alternative rock, while adding sparks of electronic originality and a live show that puts a twist on the conventional band set-up by moving the drums to the front of the stage.

Trentini sums it up this way, “Our artistic integrity is based on authenticity and simplicity. We build our songs from scratch with only our own instruments. What you’ll hear with this release and our slate for 2019 is exactly what you’ll get from us on stage. We’re excited to join the new era of alt-rock bands and make our mark with what we believe is fresh and original.”

The release of “Carry a Light” is a tantalizing prelude of what’s to come, as the group is set to drop two more singles this summer – “Void” in June and “Melt” in August. I was lucky enough to get the chance to speak to Calen, the vocalist and drummer for band;

Hello and welcome to OLC! So I have to ask where did the band’s name originate from?

Hey thanks for having me! This is Calen, I’m the vocalist and drummer for CIVILIANA! Back in high school, myself, along with our bass player Spencer Daley and our guitarist Adam Wilson were in a band that we called Civilian. I remember when Adam suggested this as the band name and I instantly bought in. There was something about the anonymity and simplicity to a name such as Civilian that drew me in. Years later, we ended up changing the name to CIVILIANA as a way to differentiate ourselves and have a name that we knew no one else would have. Ironic, isn’t it?

Where did you all meet and how did the band come together?

We all grew up together in a city outside of Vancouver, Canada – Kelowna to be exact. Spencer and I went to high school together and both learned our instruments from the very start side by side and formed a musical chemistry that’s developed over the course of 15 years. Adam was introduced to us a few years into high school and we formed Civilian. After high school, we went our separate ways but reunited in the city of Vancouver and got the group back together. We recorded our first EP ‘Out the Window” under the name CIVILIANA with an old high school friend of ours Dan Ponich as the producer. It wasn’t long after finishing the EP that we invited Dan to join the band as our fourth member.

Who are your major influences?

I draw a lot upon the bands I grew up listening to – mainly Arctic Monkeys, TV on the Radio, Death From Above 1979 and The Dead Weather.

Who writes your songs or do you all have input into the process? What are the main themes for your songs?

Adam and I take care of the lyrics and vocal melodies. We often draw inspiration from our own life experiences. Being in our mid-twenties, a lot of time and energy has been spent starting, ending and understanding relationships. It’s a chaotic and vulnerable time in your life, so there is plenty to tap into for the sake of songwriting.

What generally goes into the music making process?

Adam is the one who provides the spark and initial ideas for most of our songs. He will often bring forward an idea during rehearsal and at that point, we all get to sink our teeth into it. It’s often a loud and experimental process of every member offering suggestions and forming the song. It either ends up with us tossing out a song after rehearsal, or with a gem that we’re all excited to play over and over.

What are your rehearsals generally like? Do you have a set time each week in which you practice or are rehearsals more spontaneous?

Dan Ponich has his own music production studio ‘Park Sound’ in Vancouver, so we are lucky to rehearse there multiple times a week. These days, we are playing through our set for upcoming gigs and getting everything nice and dialed in. Outside of practicing our set, we are dedicating time to write new material and push ourselves to further grow as songwriters and musicians for this new batch of songs.

How do you feel your music has evolved since you first began playing music together?

Outside of just becoming technically better musicians at our own instruments, we have really focused on introducing new sounds in the way of synthesizers and incorporating Ableton to blend in more electronic layers to our rock foundation. We are constantly unsatisfied with ourselves in the best way possible and push ourselves to grow and evolve every day.

What has been your biggest challenge as a band? Have you been able to overcome that challenge? If so, how?

The biggest challenge for me was learning how to work with a group of people toward a collective goal, or in this case a collective sound. We each have our own unique tastes in music and opinions on how we want the group to sound. The ability to set egos aside and come together as a team was something we needed to learn how to do. There are always speed bumps along the way, but any adversity has ultimately brought us closer together.

You have a brand new song out called “Carry a Light”, what’s it about and what inspired it?

For “Carry a Light”, I drew heavily upon my experience within a past relationship – and the eventual romantic withdrawal that ensued after it ended. It’s something many people have been through so I wanted to encapsulate the feeling that comes from an inability to move forward despite your own need to do so.

You’ve already announced the next two singles “Void” in June and “Melt” in August. Can we expect to see an EP follow soon after?

After “Void” and “Melt” are released, it is likely that we will be pursuing the creation of a full-length album in 2020. We currently have a good batch of new songs that can serve as a foundation for the album, but we want to continue to explore our writing process.

What was the reasoning for announcing the next two singles so soon before they’re released?

We want our listeners to know that more is coming! “Carry a Light” was our introduction to the alt-rock arena and we aren’t even close to being done yet. “Void” and “Melt” are also thematically in the same realm as “Carry a Light” but will further show our audience what we are capable of.

Are you planning on a tour soon?

Western Canada is our first target and we’ll be playing shows throughout the summer. In 2020, we plan to tour Eastern Canada (it’s a damn big country!) and would love to even extend that to the rest of North America and beyond. The sky’s the limit!

What’s the craziest thing that’s happened on one of your tours or gigs?

Hah! Well, there have been some fun nights as of late but I think some of those are better left unsaid. I can share a story from one of our very first gigs while we were still grinding it out as a new band. It goes like this…

I convinced all the guys to play a gig that was about a 2 hour drive from where we were living. I really hyped it up as this awesome show that was going to really pay off for us. What I didn’t realize was that there was a musical festival happening in that exact city on the night of our gig, so the entire downtown and the bar we were playing at was absolutely empty. We ended up playing the gig for the bar staff and ended up just getting drunk and all switched our instruments for the night. The staff was entertained – which was the important thing – but my bandmates still don’t let me live that one down. Sorry, guys.

What advice do you have for people who want to form their own bands?

Start now, and enjoy the period where you suck because everyone has to start somewhere. Your first band and your first songs aren’t going to be mega-hits. The quicker that you can accept this and learn to enjoy the process of growing and developing, the quicker that you’ll be on your way towards making something valuable. Never focus on the destination. Just enjoy the ride.

What does 2019 hold for CIVILIANA?

We are currently in the ideation process for our newest music video and should begin shooting next month. After that, we’ll be playing shows in Western Canada to promote our singles as well as continuing to write new material for our first full-length album.

Thanks a ton for having me, Neill! Was great speaking with you. For any of your readers, give us a follow on our social media to keep up with new releases and gigs near you. 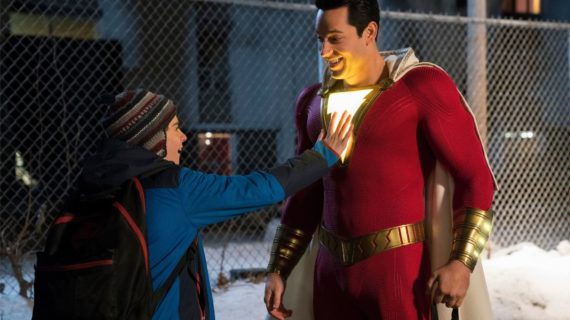 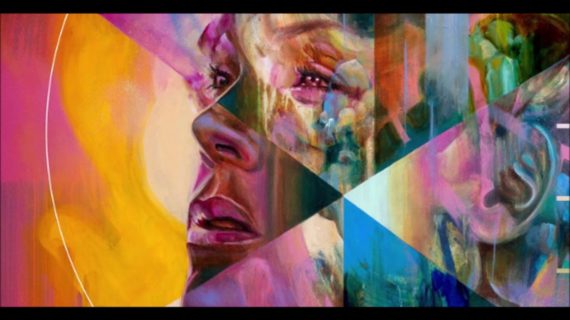