No Strings Attached is the second studio album by American boy band *NSYNC, released on March 21, 2000, by Jive Records. Looking to distinguish their music from that of their labelmates, the band chose to incorporate pop and R&B styles. Prior to the release of the album, *NSYNC separated from their management Trans Continental and their label RCA Records; its title is a play on the idea of independence from corporate control. Contributions to the album’s production came from a wide range of producers, including group members Justin Timberlake and JC Chasez and collaborators Kristian Lundin, Jake Schulze, Rami, Teddy Riley, Kevin “She’kspere” Briggs, Richard Marx, Veit Renn, Babyface, and Guy Roche.

The album debuted atop the U.S. Billboard 200 with first-week sales of 2.4 million copies, setting the record for one-week sales in the country; a record that lasted 15 years, until Adele surpassed the first-week sales record in 2015 with her third studio album 25. Four singles were released from the album. Its lead single “Bye Bye Bye” is credited with creating the hype for the album’s eventual landmark success. It was the best selling album of 2000. The band promoted the album by the No Strings Attached Tour, being one of the highest-grossing tours of the year. 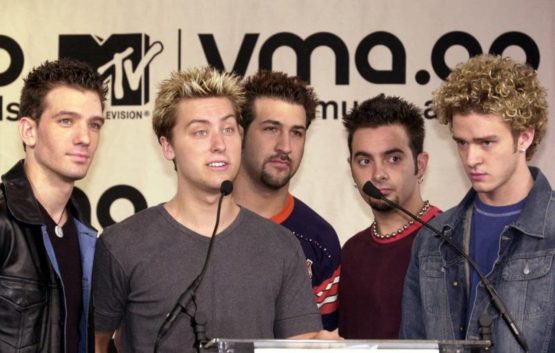 The title of the album alludes to puppets and the idea of independence *NSYNC earned following a legal battle between its then-management. *NSYNC was signed by Trans Continental Management to Bertelsmann Music Group (BMG) in Germany, due to a pre-existing deal, and its distribution rights in the United States were automatically bought by RCA. In 1999, *NSYNC sued Trans Continental and financier, Louis J. Pearlman, due to illicit corporate practices. They cited Pearlman’s defrauding the group, which, according to MTV, was more than fifty percent of their earnings, rather than his promise of only receiving one-sixth of the profits. The band, whose self-titled debut album and its quick follow up had commercial success, insisted “they have not seen enough of the profits” that they had generated by selling eight million albums in the United States alone. On October 12, 1999, Trans Continental, along with RCA’s parent, BMG Entertainment, filed a $195 million suit in a federal court to bar *NSYNC’s transference to Jive and from performing or recording under their current name, as well as forcing them to return masters recorded in 1999 in preparation of their second album. With an undisclosed settlement in 2000, *NSYNC severed their contract with Trans Continental and immediately switched labels from RCA Records to Jive Records, which included artists such as the Backstreet Boys and Britney Spears. Jive immediately requested that the album was to be sold to retailers in March, which caused Pearlman and BMG to file a $150 million breach-of-contract suit and an injunction to stop them. *NSYNC filed a countersuit in response, with member JC Chasez calling Pearlman “an unscrupulous, greedy and sophisticated businessman who posed as an unselfish, loving father figure and took advantage of our trust”. The judge, Anne C. Conway rejected Pearlman and BMG’s injunction, stating that “The defendants have raised serious questions . . . about Mr. Pearlman and his dealings”.

The album’s title was thought of by member Chris Kirkpatrick during a car ride in London after settlement, where they were inspired by the Pinocchio song “I’ve Got No Strings”. The titling of the album is similar to the Backstreet Boys’ who also had legal wrangling with Pearlman which concluded to a settlement in October 1998 that was not disclosed; the Backstreet Boys “took a shot” at Pearlman by titling their 2000 album Black & Blue. Meanwhile, the title No Strings Attached was announced in September 1999, during when the legal battle was still ongoing. Kirkpatrick revealed that the title and the album’s cover art have a personal meaning to them. According to him, the album was designed to show that they felt they were puppets stranded in strings, which alludes to their destiny being controlled. In an interview, he further explained the relationship of the strings to the album:

“We enjoyed working on this album with the producers, and the only reasons that the strings are still attached on the album is so people can get the whole feel of the vibe of, you know, No Strings Attached. That’s what we mean by the strings, so they’ll understand that we’re not puppets”.

Before No Strings Attached, Timberlake, Kirkpatrick, Bass, Fatone and Chasez were majorly famous, if not yet fully realized as the group they would become. (That’s immediately apparent on the cover of their 1997 eponymous debut, in which Chasez gets the center slot rather than Timberlake.) Early singles “I Want You Back” and “Tearin’ Up My Heart” were midtempo soft-pop with Ace of Base-style production — a signature of Swedish songwriter Max Martin. 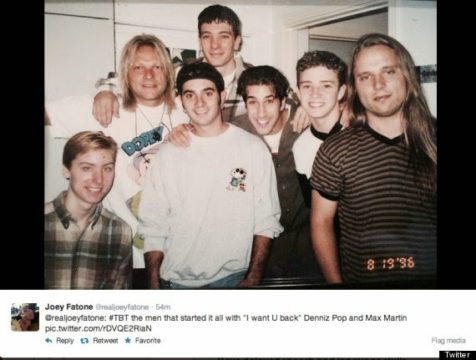 Some amount of comparison to the Backstreetboys was always going to be enviable. Both groups were made up of five boys, both were based in Orlando, both worked with the same writing team at Cheiron Studios in Stockholm, and both broke in Germany before making a dent in the United States. Behind the scenes, both groups were also spearheaded by the same puppet master, manager Lou Pearlman, to compete with one another. NSYNC’s stateside breakthrough came courtesy of its would-be rivals: In 1998, the Backstreet Boys bailed out of a live concert filmed for the Disney Channel in order for member Brian Littrell to undergo heart surgery, so the new group filled in, exploding in popularity virtually overnight. But as *NSYNC’s profile grew, so did the members’ awareness that Pearlman was scamming them out of their profit. In 1999, they began separating themselves from the man who had brought them together. He sued, the group settled, and the strings were cut — a not-so-subtle inspiration for the album that would follow.

Free from Pearlman, the group grew more confident in the studio, eager to collaborate with its producers on a new sound: an amalgamation of new jack swing revivalism, uptempo R&B and hip-hop worship. No Strings allowed the group to sonically divorce itself from the competition, through a prescient dedication to genres that would soon take the place of pop and rock atop the charts.

No Strings Attached is so often defined as the album that set the substance for forward-thinking production, with its genre-expanding collaborations. In a time when most pop albums were stuffed with filler to pad out killer radio singles, No Strings Attached was overflowing with ambitious ideas and hinted at where pop music, and pop culture, were headed. 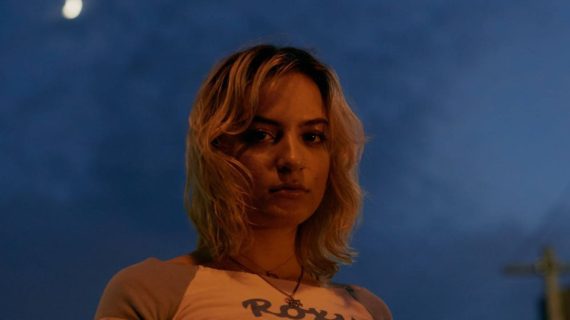 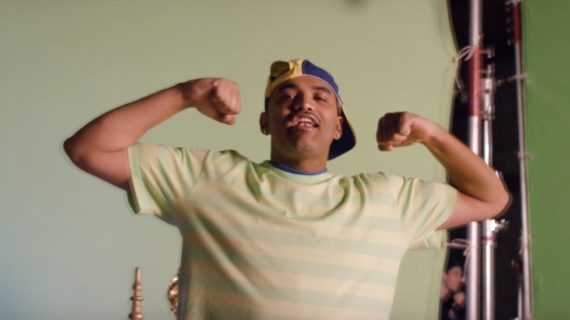