Eve Jihan Jeffers Cooper (born November 10, 1978) better known as rap star Eve (sylized as EVƎ) She has released four studio albums, Let There Be Eve…Ruff Ryders’ First Lady (1999), Scorpion (2001), Eve-Olution (2002) and Lip Lock (2013). Eve achieved chart success with the singles, “Let Me Blow Ya Mind”, “Who’s That Girl”, “Gangsta Lovin'” and “Tambourine”. Besides solo materials, Eve earned chart-topping entries with collaborations, including “Rich Girl”, “4 My People”, “Who’s That Girl”, “You Got Me” and “Like This”. Her accolades include a Grammy Award, BET Award, MTV Video Music Award, Teen Choice Award, Washington DC Area Film Critics Association Award, and two Daytime Emmy Award nominations. Eve was ranked number 46 on VH1’s list of 50 Greatest Hip Hop Artists. As an actress, Eve is known for her role as Terri Jones in the films Barbershop, Barbershop 2: Back in Business and Barbershop: The Next Cut, as well as Shelley Williams on the UPN television sitcom Eve. She also appeared in films The Woodsman (2004), The Cookout (2004) and Whip It (2009). Since 2017, Eve has been one of the hosts of the CBS Daytime talk show The Talk.

In 1998, Eve appeared on the Bulworth soundtrack as Eve of Destruction while signed to Dr. Dre’s record label Aftermath Entertainment. She appeared on DJ Clue?’s song “Ruff Ryders’ Anthem” (Remix) from his album The Professional. Eve’s first single “What Ya’ll Want”, featuring Nokio the N-Tity of Dru Hill was released in June 1999. The song peaked at number 29 on the U.S. Billboard Hot 100 chart and at number one on the Hot Rap Songs chart. “What Ya’ll Want” was included on the compilation album Ryde or Die Vol. 1 (1999). 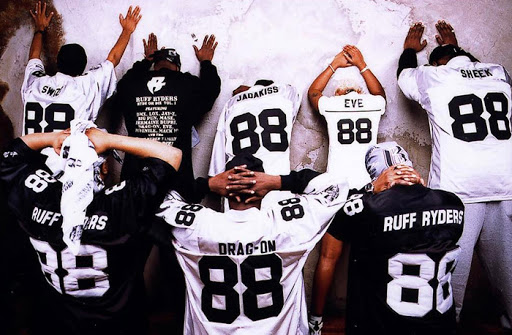 Her debut album called Let There Be Eve…Ruff Ryders’ First Lady was released on September 14, 1999 by Ruff Ryders Entertainment and Interscope Records. It sold 213,000 copies in the first week. The album has sold over 2 million copies (according to SoundScan) and is certified Double Platinum. The album features singles such as “Gotta Man,” and “Love Is Blind” with Faith Evans. “Love Is Blind” was written when she was 16 and based on her 17-year-old best friend’s relationship with a 35-year-old abusive man whom she fell pregnant to. All of the songs on the album were written by Eve herself. Her second studio album Scorpion, was released on March 6, 2001. The album’s first single, “Who’s That Girl” peaked at number 47 on the Billboard Hot 100 and number six in the United Kingdom. The second single, “Let Me Blow Ya Mind” with Gwen Stefani of No Doubt, peaked at number two on the Billboard Hot 100 and number one on the US Mainstream Top 40 chart. It won a Grammy Award in 2002 for Best Rap/Sung Collaboration, which was a brand new category at the time.

Before she was a rapper, Eve was a choirgirl from west Philadelphia. Her plan was to be a singer, but when she joined an all-female covers group called Dope Girl Posse, she switched to rapping at the suggestion of her manager. At 18, while working in a strip club to pay the bills, she had a chance meeting with the rapper Ma$e, who told her: “If you really want to rap, you need to rap.” Eve took his advice, stopped stripping and focused on music. She was flown to LA to sign with Dr Dre’s Aftermath label, but was dropped after eight months without explanation.

A month later, she signed to Bronx record label Ruff Ryders, whose main star was the rapper DMX. She describes it as her “hip-hop bootcamp”, which taught her how to evolve as an artist. Her debut album, Let There Be Eve, reached No 1 in the US, making her only the third female rapper to land the top spot after Lauryn Hill and Foxy Brown.

It has been 18 years since the US rapper’s biggest hits. Coming up in the late 90s with paw-print tattoos across her chest, Eve was one of a handful of female rappers whose success matched that of their male counterparts. Millennials came of age listening to Let Me Blow Ya Mind on rose-tinted iPod Minis or setting Who’s That Girl? as their polyphonic ringtone. In 2019 at age 40, Eve released album number five, unaware to many in the music realm. In an interview with the Guardian Eve said about the project, “I’m not as stressed about what people think any more – that’s a great feeling.” Wanting to make music that makes other women feel as empowered. 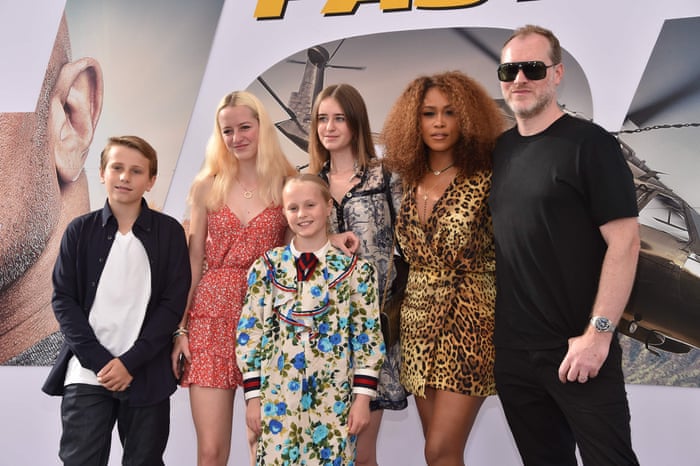 Eve’s life now is a whole lot different from her 2000s breakout. In 2010, she met British billionaire Maximillion Cooper, as a guest at Gumball 3000, the charity car rally he founded. It is attended by a rich-list of motor enthusiasts, and the idea is to drive supercars 3,000 miles, shipping them from country to country via private jet, and partying each night in a new city. “I remember thinking: he must be a player, because you can’t throw something like that and not be a player, right?” Eve said.

Cooper proved her wrong. After three years of long-distance dating, Eve moved to London, marrying him and becoming stepmother to his four children. Cooper had never dated a black woman before, so Eve spent a lot of time educating him and his children about her experiences as a woman of colour. 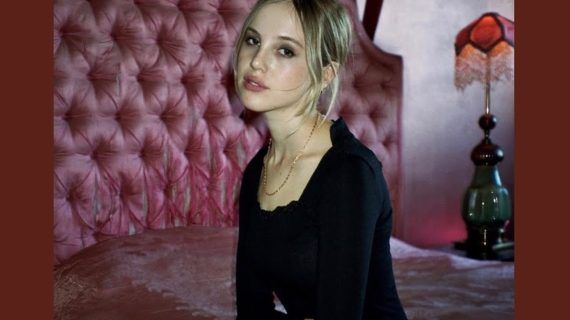 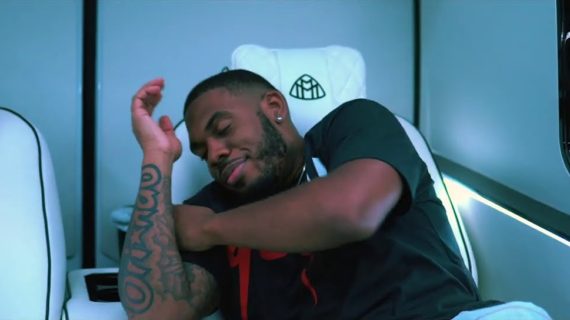