BlackPink – “Lovesick Girls”: “Lovesick Girls” is a song by South Korean girl group Blackpink, released through YG and Interscope. It was released on October 2, 2020, as the third single off of the group’s first Korean-language studio album, The Album. Blackpink members Jisoo and Jennie are credited with writing lyrics for the song. “Lovesick Girls” is a dance-pop and electropop track with an acoustic guitar and EDM sound. Lyrically, the song deals with the pain after a heartbreak. The song was performed with “Pretty Savage” on several music programs in South Korea including Show! Music Core and Inkigayo.

An accompanying music video for the song was directed by Seo Hyun-seung and uploaded onto Blackpink’s YouTube channel simultaneously with the single’s release. It garnered 61.4 million views in its first 24 hours, becoming the sixth biggest 24-hour debut for a music video. The song peaked at number 2 in South Korea and number 59 on the US Billboard Hot 100. “Lovesick Girls” charted in several territories, including Australia, Canada, France, Hungary, Ireland, Malaysia, New Zealand, Scotland, Singapore, Slovakia and the United Kingdom.

Amy Shark – “C’MON” (ft. Travis Barker): Australian singer-songwriter, Amy Shark released her single, ‘C’MON’ feat. Travis Barker of Blink-182 this year. ‘C’MON’, is the second release from Shark and the latest taste of new music from her forthcoming sophomore album. ‘C’MON’ is Amy reaching out for help and forgiveness, while trying to become the best version of herself. It details the extreme highs and the painful lows that come with being a musician, meticulously written with so much honesty. Produced by long time collaborators, Dann Hume & M-Phazes, Amy reached out to Travis Barkerafter developing a strong relationship with the band Blink-182 over the years and follows her previous Blink-182 collaboration with Mark Hoppus on Gold accredited ‘Psycho’.

BTS – “Dynamite”: “Dynamite” is a song recorded by South Korean boy band BTS, released on August 21, 2020, through Big Hit Entertainment and Sony Music Entertainment. It is BTS’s first song fully recorded in English. The song was written by David Stewart and Jessica Agombar and produced by Stewart. Intended to soothe listeners during the COVID-19 pandemic, the song talks about joy and appreciation for the little things that make life valuable.

“Dynamite” debuted at number one on the Billboard Hot 100 chart, becoming the band’s first number-one single in the United States and making BTS the first all-South Korean act to top the Hot 100. The song sold 265,000 downloads in its first week, marking the biggest pure sales week since Taylor Swift’s “Look What You Made Me Do” (2017). “Dynamite” stayed atop the Hot 100 for three total weeks. On Spotify, “Dynamite” debuted with 7.778 million streams, marking the biggest opening-day for a song in 2020.

H.E.R. – “Damage”: H.E.R. returned with her new single “Damage”. The song samples the classic 80’s record “Making Love In The Rain” by Herb Alpert, Lisa Keith and Janet Jackson. The talented musician has released a handful of songs over the last few months including “Wrong Places” and the Reggae record “Do To Me”, but this new song seems to be the obvious choice as a lead single if H.E.R. plans on releasing her highly anticipated debut album in the near future. There hasn’t been a lot of news on the album, but she’s been in the studio with the likes of DJ Camper, Sean Garrett and Eric Hudson. Most recently she was seen in the studio with Rodney “Darkchild” Jerkins. She also hit number one on Urban AC recently with the Lonr. collaboration on “Make the Most”.

Kelsea Ballerini – “Better Luck Next Time”: Kelsea Ballerini was the latest guest artist on NBC’s new competition show, Songland, which gives up-and-coming songwriters the chance to have their music released by today’s biggest stars. On Wednesday (June 12), the country songstress released “Better Luck Next Time,” which was co-written by the show’s contestant Darius Coleman, Ryan Tedder and Ballerini.

Kings – “Help Me Out” Ft. Sons Of Zion: With a new project coming up in the future, Kings has teamed up with Sons Of Zion to release his new single, ‘Help Me Out.’ Watch the video below.

KSI – “Really Love” (feat. Craig David & Digital Farm Animals): KSI has enjoyed whirlwind success in 2020, and he’s going to keep his foot firmly on the gas into 2021.The YouTuber-turned-recording artist has the highest-charting debut album of 2020 by a British solo artist with Dissimulation, which peaked at Number 2 back in May, and he has scored four Top 20 hits this year. Not content settling for just those impressive stats, KSI is now battling for his first Number 1 single with his new track Really Love ft. Craig David & Digital Farm Animals, which he has told OfficialCharts.com is the first track from his upcoming second studio album, due for release in 2021.

Labrinth – “Still Don’t Know My Name”: In the span of a year, the British musician Labrinth has oscillated between the motivating and melancholy: He’s scored the adolescent angst of HBO’s Euphoria, and written the live-action Lion King’s new Beyoncé song, “Spirit.” His wails — like on “Mount Everest” and the as-yet-unreleased “Still Don’t Know My Name” — cut through the teenage confusion, as if they were written and produced by the character’s insecurities, and perhaps everyone else’s, too.

POPSMOKE – “Invincible”: If Bashar Barakah Jackson did study the New York rap playbook, it was so he could renounce all its lessons. Forged in Brooklyn – a most blessed land in hip-hop history – this musical risk-taker took up the name Pop Smoke and pursued a singular style outside of all east coast rap conventions. Now, he’ll forever be mourned in a borough that knows all too well what it’s like to lose legends before their time.

SAINt JHN – “I Can Fvcking Tell”: Carlos St. John Phillips (born August 26, 1986), known professionally as Saint Jhn (stylized as SAINt JHN), is an American rapper, singer, songwriter, and record producer. He released his first album under the Saint Jhn moniker, Collection One, in March 2018. He is best known for his single “Roses”, initially released in 2016. A 2019 remix of “Roses” by Kazakh DJ Imanbek helped the song become a worldwide hit; it has so far reached the top 5 of the US Billboard Hot 100 and topped the charts in Australia, the Netherlands, Ireland, New Zealand, and the United Kingdom. Prior, John wrote songs for a number of acts, including Jidenna, Hoodie Allen, Usher, and Kiesza, among others. He is a founding member of the Gødd Complexx music collective. I loved this song of his it’s fire.

Tate McRae – “You Broke Me First (Luca Schreiner Remix)”: “You Broke Me First” is a song by Canadian singer Tate McRae. It was released on April 17, 2020, through RCA Records as the lead single from her forthcoming second extended play. The song gained popularity on the video-sharing platform TikTok, where it has featured in over 350 thousand videos. The song impacted mainstream US radio on August 4, 2020. It had gained over 172 million streams on Spotify as of September 2020, with over 2 500 000 streams per day, and currently has over 250 million streams. A remix by German DJ Luca Schreiner was released on June 1, 2020. A remix featuring Gryffin was released on October 9, 2020. “You Broke Me First” peaked at number fourteen on the Canadian Hot 100. Outside Canada, the song peaked within the top ten of the charts in Australia, Belgium (Flanders), Finland, Malaysia, the Netherlands, the Republic of Ireland, Singapore, Sweden and the United Kingdom. 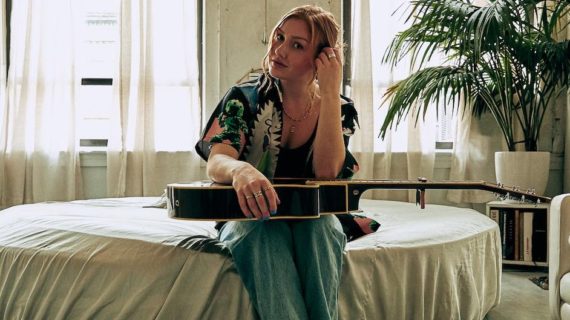 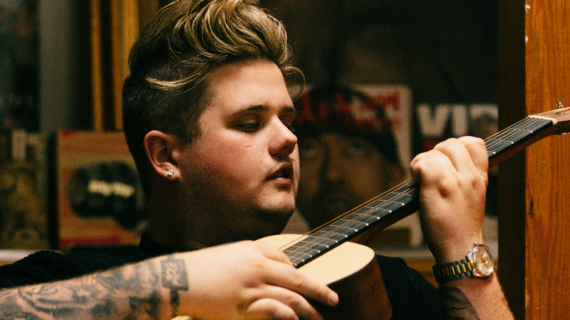