NO1KNOWS and KVNE will take you for a ride, with their new single Time of Death,
released via Blanco y Negro on all streaming platforms. Characterized by his catchy vocal chops, the British-Australian producer is teaming up with the eclectic and versatile Canadian singer KVNE who’s always up for a thrill, stepping outside his comfort zone to venture into other sounds. Combining their respective strengths, the two artists are telling the story of a real emotional rollercoaster complemented with dreamy guitar layers, creating a buzz of excitement for both their dance and pop/r&b audiences. Indeed, in the heart-racing Time of Death, KVNE performs the autopsy of a breakup, after the love of his life, his oxygen, pulled the plug on their relationship. This is the second cross-Atlantic collaboration for NO1KNOWS and KVNE: they had previously come together last year for Been So Long. The energetic combination impressed Blanco y Negro, the
legendary independent record label that previously worked with world-famous DJs such as Afrojack, Armin Van Buuren, Don Diablo, Hardwell and Nicky Romero. NO1KNOWS’ biggest influence, the latter had actually even played and supported Been So Long, which additionally ranked the 19th position in the Beatport Trap Chart and was number 66 in Romania. 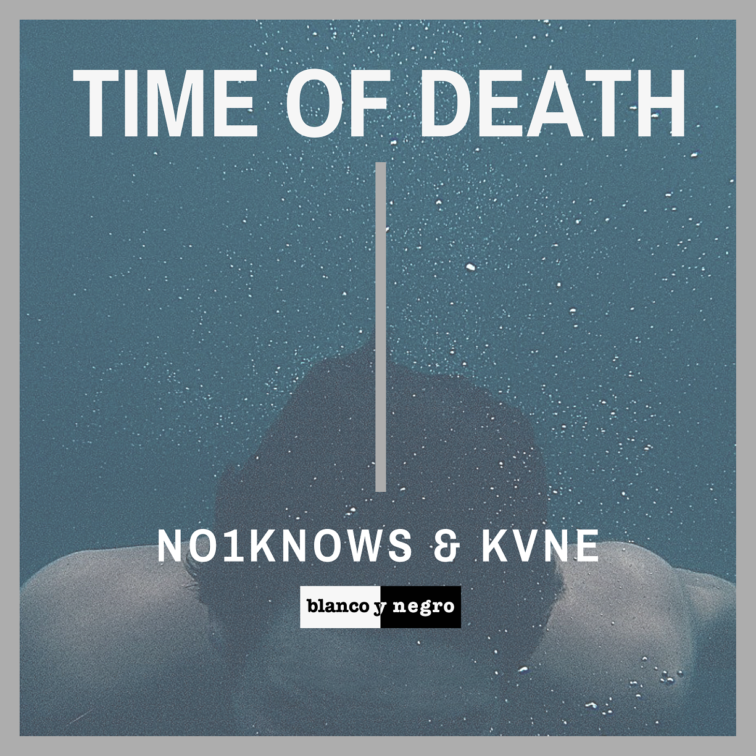 Hi guys and welcome to OLC! So for people out there in OLC land tell me a bit about yourselves?

NO1KNOWS – My first name is NO1, second name KNOWS, this project for me came about because I was getting disillusioned by the industry and I thought it wasn’t about the music anymore. The industry has become a popularity contest, about looks, social media and playing the game. I actually started this as a bit of a joke during lockdown and I certainly didn’t think it would get this far. Once Been So Long went into the Beatport chart I thought ‘wow, maybe people actually are into someone who isn’t trying to show their face’. I was solely judged by the quality of the music. It’s hard to shut up about some of the achievements but I kind of feel like it’s my duty to keep anonymous. I have some fans who reach out and are inspired, and even if it’s 1 or 2 people, it’s totally worth it for me.

KVNE: Hey guys! I’m KVNE, from Toronto, Canada. I’ve been in the industry since i was a teenager : I started playing Blink-182 covers with my buds, which grew into being a part of touring acts. Then to interning as a sound engineer & writer to pursuing music as a solo artist under the outfit KVNE.

Growing up, what artists and producers inspired you and what did you love about their craft?

NO1KNOWS – I never really experienced dance music and something about it changed my life. Once I got into production, Avicii was my absolute hero – I even have an Avicii tattoo! When Nicky Romero supported my debut single, I was at a loss for words! In terms of loving the craft, something about being able to make a piece of art from a laptop and play all the parts just clicked with me. I watched a stupid amount of tutorials on how to make Avicii sounds, and my kicks like Deadmau5. I became truly obsessed with trying to sound like them, obviously we all have our own sound but I’m so humbled one of my idols even knows who I am.

KVNE: I was raised in a house where classic rock was always on haha! I always loved how passionate the acts were, and how creative they were. Led Zeppelin was also a huge inspiration for me & my growth. How Jimmy Page used the violin bow on a guitar, or how Robert Plant found such massive inspiration for writing from books like The Hobbit & the LOTR series. Or even how they tracked John’s drums on When The Levee Breaks. All these things I still hear today and I just get so driven to make my mixes more creative and outside the box.

How did you both get involved in music?

NO1KNOWS – I was always in bands growing up, we kind of sucked though! Everyone just slammed their instruments all the time which somehow lead me to production. I got a bootleg version of FL studio from a friend of mine and became obsessed. There was no turning back! However I am now team Ableton Live for life!

KVNE: I got my first guitar when I was about 11 or 12, I honestly just never put it down haha! I used to play hockey & it was like I had lost all interest in it after starting to learn how to play music. I had started a band with some of my friends from school and we started writing our own material and playing shows by the age of 13.

You have a collaborative single out at the moment called “Time Of Death”, what inspired this song?

NO1KNOWS – This was a beat I sent to KVNE and I’m pretty sure he knew instantly that it was the one for the topic of Time of Death. It’s a really personal track that KVNE wrote, so honestly, I’m honored and humbled he chose me to open up about his story. It’s always hard for someone to do that and it really hit me in the feels. I’m so proud of him for doing it and thankful I could be a part of it.

KVNE: As NO1KNOWS said, as soon as he sent the beat I told him I had a concept for the song, but was a little worried it might be TOO personal. But I was super excited when I presented it back to him, after recording the main vocal parts I started doing some of the chops & creating oscillations with my vocal, and it just really started coming together. The song is about a relationship that you don’t really ever let go of. Sharing such major parts of your life with someone so special, you don’t ever really ‘get over’ it & just learn to carry those memories with less drag. You eventually start to become proud of the person they helped shape you into

How did your collaboration come about?

NO1KNOWS – We actually met through our mutual friend R0 Bradley. I produce a lot of music and KVNE, as you know writes and sings beautifully with ease, so we actually started with our first collab ‘Been So Long’ in November. KVNE took a gamble on me as I thought why not give this anonymous project a go, and the track ended up in The Beatport Top 20 and was supported by Nicky Romero, so I knew it was the start of something! We have so many ideas: if we could make tracks together forever, I bet we could make an album in a month! With Time Of Death, it was actually Kev (ed.: KVNE’s actual first name) that thought the beat was really good, I wasn’t so sure but he believed in it and I believe in his judgment and here we are!

KVNE: Hahaha honestly man, it goes both ways, like my friend just said! I’ve always been a huge fan of collaborative work, and when I was referred to NO1KNOWS, he had kind of just started pursuing this project but R0 Bradley spoke so highly of his work that I was just excited to get to work. We release ‘Been so Long’ with help from Ensis Records & continued to make more tracks together.

How did the idea for the video come about?

NO1KNOWS – So I’m in the UK and KVNE is in Canada: basically both countries were in total lockdown when we got the track signed. We tried to come up with a simple idea that would follow a storyline similar to that of the writing in the track and be able to do it while in lockdown. Funnily enough, the crew almost got arrested filming as it was totally illegal to leave the house, but we couldn’t give up! We managed to get 2 actors to play a couple, work with Gareth Mangan in the UK who directed the video over here and KVNE worked with Teagan Walker who filmed in Canada – 2 amazing filmmakers who managed to work well together without even meeting. Teagan did an amazing job on the edit and we had a video!

KVNE: I couldn’t have said it better myself, this video & its success is 100% owed to the team involved. I’ve been working with Teagan Walker & Jessthesnapper for a few years now, almost exclusively, and they really killed this, especially under said circumstances. Jess (@jessthesnapper) helped stage everything for the shoot, as well as put together the BTS reels and took stills. Together, Teagan & Jess are the dream team!

Was it challenging to make during these Covid times?

NO1KNOWS – Very much so. I think, for artists, it has been incredibly tough. I was really down about it for a while and thought ‘what can I do?’. All I could do is change my mindset. It actually led me to really focus on the quality of the music and making relationships with labels and other artists. It’s been really hard but it is what it is, we are very lucky compared to a lot of people. I think you have to focus on what you have in such bad times.

KVNE: You know, I’ve been really blessed, all things considered. I see the situations all over the world, and can’t help but feel like I’ve been blessed with all the things we’ve been able to accomplish throughout this. I’ve always done all my vocals and mixes from home myself, nut in a performance state of mind, I am dying to get back onto a stage and share these new songs with everyone.

Do you have any more music in the works and if so, what can you tell me about it?

NO1KNOWS – Yeah absolutely loads! We’re working on another track together with a very talented producer called Adam Jasim from Canada, I have a secret remix in the works and a couple of other originals. I hope to put out another 5 tracks this year!

KVNE: Yes! As NO1KNOWS said, we’ve got another one on the way with another Canadian friend Adam Jasim. We’re super excited to share it with everyone in the dance & EDM community. I’ve got a bunch of other releases I’m prepping for sometime later this summer as well.

NO1KNOWS – I’ve kind of accepted I won’t be playing live for a while so I’m just super focused on making good music. I’m working in a studio with some other artists on some original music for them and my aim is to write a lot more. I’m embracing being trapped inside: it’s all about making music for me.

KVNE: I’ve got a few things planned! Some new merch will be dropping under my company KillaKartel. As well as some online performances & lots of new content! Be sure to follow us on all our socials to keep up to date with everything! 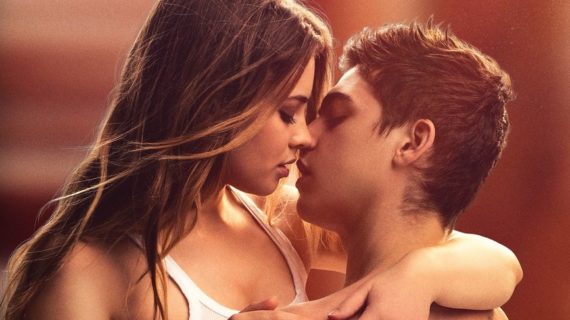 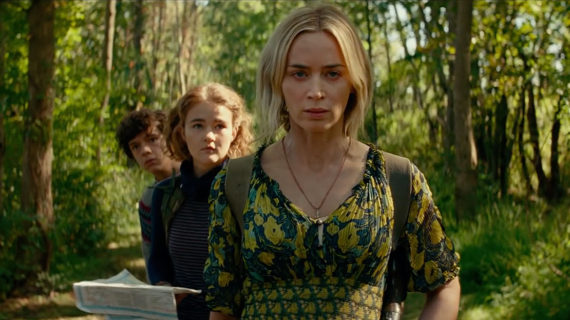