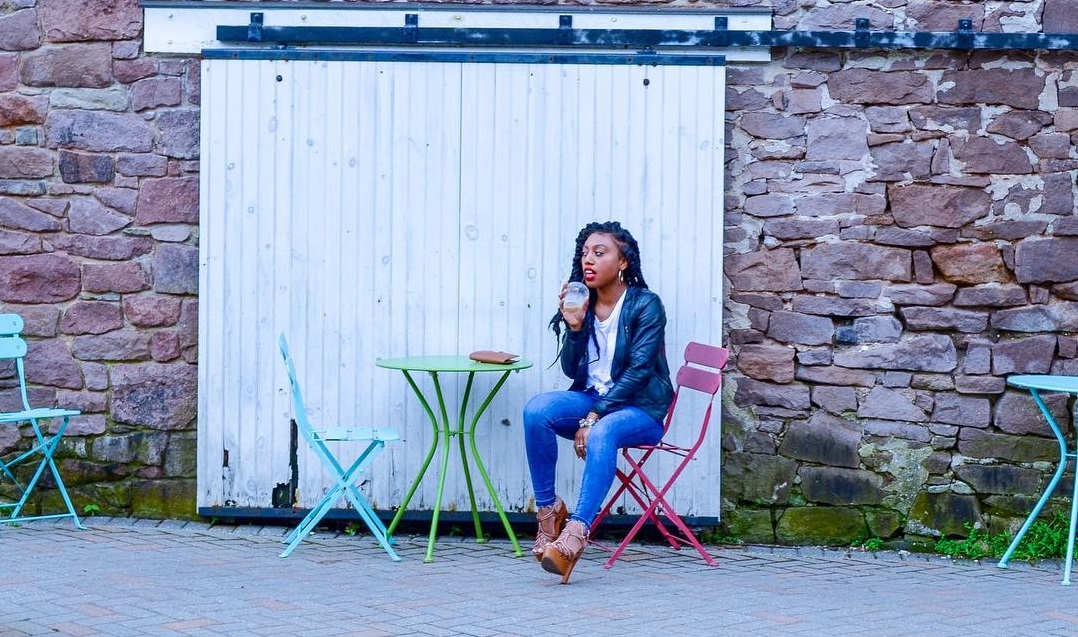 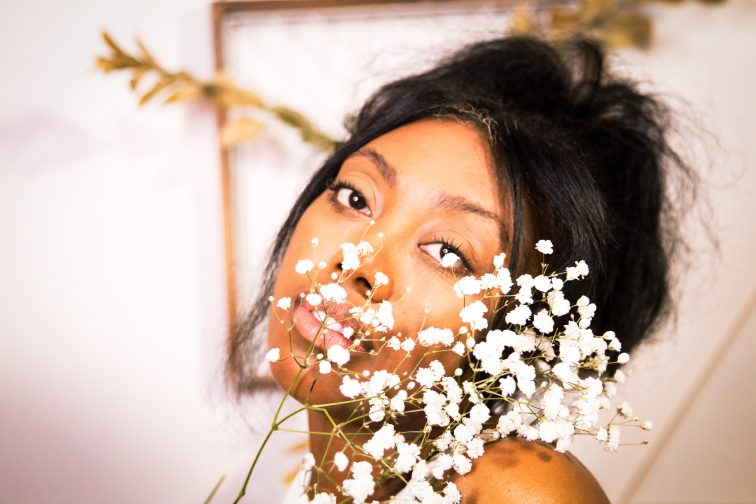 Philly-based soul/pop artist Kevonna Rose dazzles audiences far and wide with her exquisite vocals, vulnerable songwriting, and sleek production. Now, the songwriter and vocalist returns with “In Between Kisses,” out Friday, December 3rd. A sugary sweet love song that feels both personal and universal in its honesty, “In Between Kisses” demonstrates what Kevonna Rose does best: relate to her listeners. Relaying the the terrifying stages of the beginning of a relationship, Rose’s gorgeous vocal performance captures the giddiness and the joy, the butterflies and the rush, the vulnerability and honesty, the hesitancy and reserve, all at once. Hyper-relatable and not to mention totally swoon-worthy, “In Between Kisses” feels like an endearing diary entry. Something you wouldn’t say out loud but wish you had the nerve to.On the song, Rose shares: “The inspiration behind this song is the terrifying beginning stages of a relationship. There’s this delicate dance between showing your cards and playing it cool. I think in the lyrics, I’m showing all the cards but my vocal delivery shows a little reserve, a little hesitancy. I’d describe the vibe as sexy and vulnerable. It also has a playful, lightheartedness to it. You could slow dance with your bae while listening. Or you could dance in the mirror, rehearsing what you’ll say to your crush. I think it feels good. I want people to listen to it and remember the butterflies they get when they realize they’re into someone. I want it to feel like falling in love.”“In Between Kisses” is the first single off of Kevonna Rose’s sophomore EP, due out February 2022. For more information on Kevonna Rose, check out her captivating Sofar Sounds performance, or her NPR Tiny Desk submission, which was featured in NPR’s “Best 2021 Tiny Desk Entries” roundup in June.

The O’My’s have linked up with fellow Chicago-based artist Alex Banin for a raw, undeniable sound unique to the iconic cultural hub in all its beauty. With the assist from Banin, singer-guitarist Maceo Vidal-Haymes and multi-instrumentalist Nick Hennessey grapple with close relationships and learn to let go on the soulful new single “Realistic,” out now via ADA / Warner Music Group.

Written within a period of isolation during the pandemic, “Realistic” is about personal growth stemming from deep and necessary introspection. Opening with gentle vocals from the crooners and soft descending chords on guitar, the song possesses an intimate and impactful sound that’s sure to resonate with anyone at odds with a past lover or friend. “Without you I’ve been changing,” they harmonize, “I’m better off without you.” It’s a blunt statement enveloped with endearing horns which offer both a sense of acceptance and comfort to listeners.

Nick Hennessey elaborates on the track, “Our session with Alex Banin was one of, if not the last, we had before the pandemic put a pause on all in person collaborations. It was our first time ever working together and the ideas started rolling in right off the jump. By the end of that evening we had most of the lyrics and chord structure all figured out and recorded. Over the next couple months Maceo and I continued to fill out the production and arrangement and tapped in Alfonzo Jones for drums and JP Floyd for trombone. I love the way this song grabs the listener from the first words and then takes them on an sonic and emotional journey.” 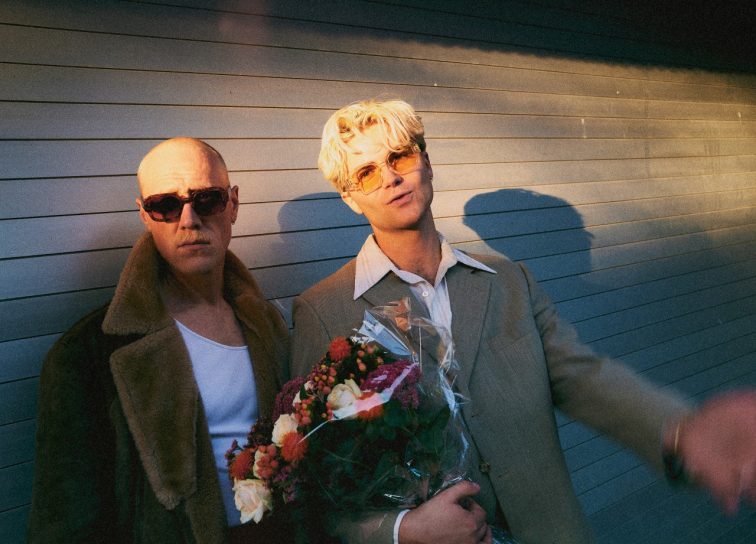 Danish duo ALSACE return to the new music scene to unveil ‘Gimme Love’ – the first single and teaser from their forthcoming debut album.

With an addictive 70’s pop nostalgia, ‘Gimme Love’ weaves seductive basslines with warming synths, finessed with the smooth vocals of Kristoffer Juul as the final superb touch. A sleek, modern disco track, ‘Gimme Love’ explores the euphoric highs of meeting someone new and the thrills of those dreamy relationship early days.

Speaking on the track, ALSACE (Kristoffer Juul and Emil Lyngdorf Steffensen) said “’Gimme Love’ is a song about meeting someone new and amazing. Someone who takes you places you’ve never been before, places inside yourself that you could never imagine existed. At first it seems frightening and intimidating but every fibre in your body drags you towards it and there’s no way you cannot tag along – the ‘what if’s’ are simply too exciting.”

‘Gimme Love’ follows on from the energetic grooves of ‘Air France’ which rounded up over 200,000 streams on Spotify alone. Crafting a slew of new releases while sharing studio time with Daniel Lynas (A$AP Rocky, Kanye West) and Grammy-nominated

Garnering hundreds-of-thousands of listeners in such early-doors, ALSACE are a sure-fire one to watch in the new year as fans eagerly await their forthcoming debut album. 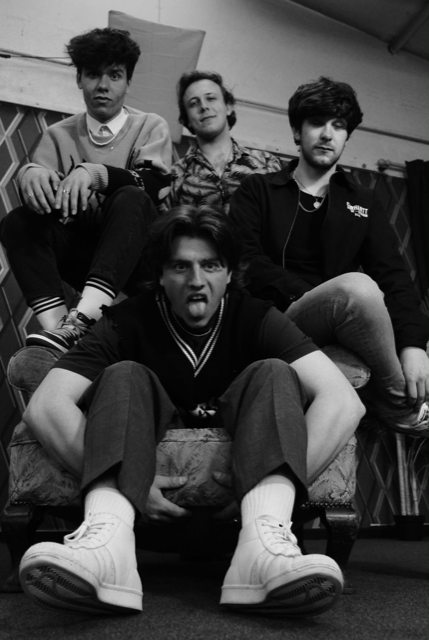 Returning with their second release of 2021, Midlands based Paradise Circus today, 10th November, share their biggest release to date, ‘Cascade’.

Consisting of David Purchase (vocals), Callum Cartwright (guitar), Sam Allen (bass)  and Nathan Shingler (drums), the four-piece first met as teenagers in Birmingham and quickly bonded by their unwavering love of music, that soon transformed the friends into the electric four-piece seen today.

New single ‘Cascade’ follows April’s ‘What A Way (Cheetah)’ in pairing euphoric, crescending lyricism with unstoppable ambition and sun-soaked indie-rock guitars, showcasing a more tender, yet adventurous side to Paradise Circus than ever before.

Marking an evolution in their sound, the band recruited an all star team to record their biggest release to date with Chris D’adda (The 1975), before being mixed by John Catlin (Inhaler) and mastered by John Davis (U2, Led Zeppelin) at Metropolis Studios.

“It’s a wake up call, an intervention, a cry for help to a loved one who’s self sabotaging themselves,” tells drummer Nathan Shingler. “they’re telling their loved one to trust them and believe that they’re trying to do the right thing for them and help them.”

Praise from key industry outlets including NME and BBC Introducing in 2021 has seen Paradise Circus step up from two sold out headline shows at The Dark House to headline Birmingham’s Sunflower Lounge and Mama Roux; defining them as a key name amongst the city’s thriving and ever-growing sonic output.

Determined to mark a new era for themselves and the ‘B-Town’ scene, the four piece’s unstoppable ambition and career-defining drive sees them grow from strength to strength with everything they do. 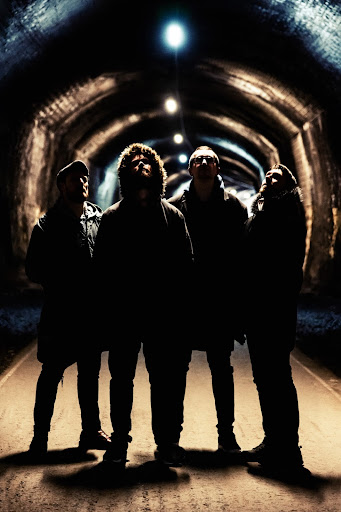 GILMORE TRAIL make their return with the awe-inspiring new single: “Echoes of Solitude”.

Inching ever closer to their first album in over 6 years, “Echoes of Solitude” is very much the centre-piece of upcoming album ‘Impermanence’ (out January 2022).

Obliquely chiming with the ecological themes that have dominated discussion in recent weeks, “Echoes of Solitude” sources inspiration from one of the natural world’s most beautiful and mysterious living wonders: The 52-hertz Whale.

Perhaps better known as ‘the lonely whale’, the marine mammal sings at a pitch its peers will never be able to understand and is destined to explore the deep alone for its entire lifetime.

Slowly unspooling over a majestic 9-minutes, “Echoes of Solitude” finds Gilmore Trail interpreting the lumbering presence, intrinsic loneliness and loping sense of awe of this creature with artful musical impressionism. An instrumental opus that sees the Sheffield post-rock group operating on the same wavelength, the band infuse sweeping synthesisers, dichotomous guitars that oscillate through patterns of chaos and calm, and jazzy saxophone lines that emulate the song of the lonely whale itself to create something truly breathtaking.

“”Echoes of Solitude” found its inspiration in the tale of the lonely whale – a creature whose calls resonate at a different frequency to the rest of its species. We sought to channel both the immense beauty and the crushing seclusion of the sea. We were forced to work remotely with saxophonist Martin Archer due to a national lockdown, but his isolation was perfectly attuned to that of the whale itself.”

“Echoes of Solitude” swiftly follows recent single “Ruins”, the first single to be cut from Gilmore Trail’s third album: ‘Impermanence’. The long-awaited follow up to 2015’s ‘The Floating World’ and it will be released via Gilmore Trail’s own Chasmata Records imprint on 21st January 2022.

‘Impermanence’ is a record ultimately about change, transition and uncertainty; its seven instrumental tracks each responding to these core underlying themes with songs inspired by legacy, family, history, philosophy and the natural world.

Arriving 10 years into their career, ‘Impermanence’ is also the Trail’s first record to feature an array of official guest appearances. Sally Blyth (a sound practitioner in Sheffield), provides hypnotic singing bowls signatures on the 10-minute epic “Distant Reflection”; whereas the aforementioned Martin Archer (the owner of Discus Music) gifts the breathtaking “Echoes of Solitude” with its haunting saxophone undulations. The record also sees the band welcome into the frame Bob Brown as their new drummer and official member.

With all music written and performed by Gilmore Trail, the album was recorded by Danny Mills at Chasmata Studios (Sheffield) in 2019. Mixed by Mills with Joe Richards, it was given its final mastering by Lawrence Mackrory at Obey Mastering (Sweden) the following year. Joe Richards provided initial field recordings of the tracks “Echoes of Solitude” and “Nocturne”.
A record that finds a band uncompromisingly true to their natural identity, yet embracing change for all the goodness it can bring, ‘Impermanence’ is the sound of Gilmore Trail in evolution and taking control of their destiny. New single: “Echoes of Solitude” is out now. 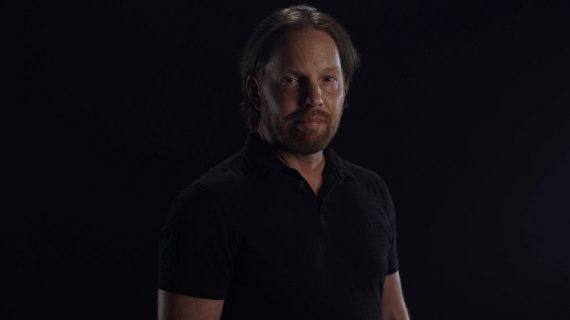 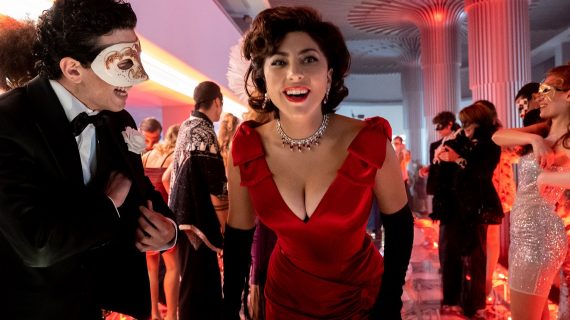