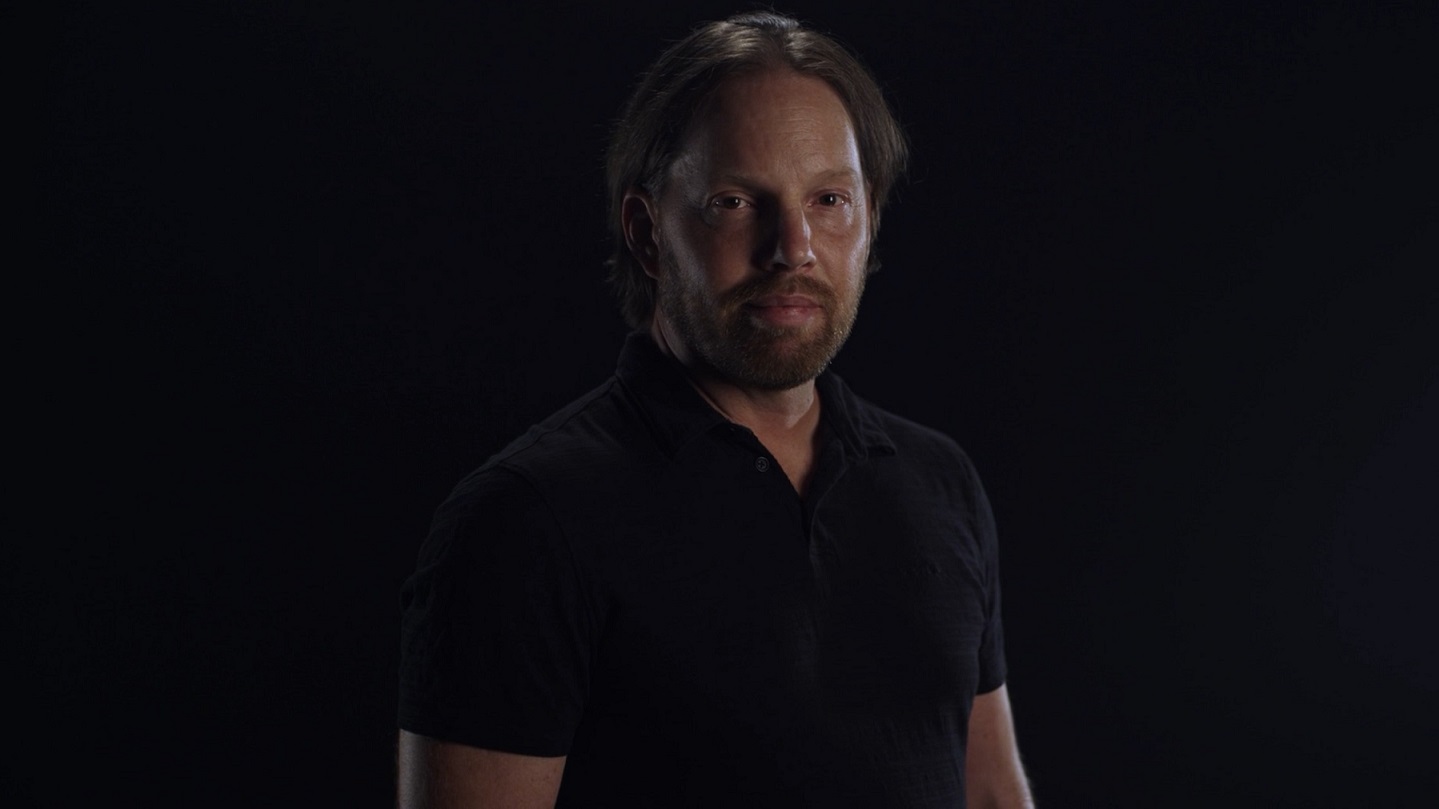 This is multi-instrumentalist and composer Christian Lundberg, for Hans Zimmer and Extreme Music’s joint venture collective for scoring composers, Bleeding Fingers Music. Christian most recently scored “Around the World in 80 Days,” a new upcoming television series starring David Tennant. The series, produced in partnership by Slim Film + Television and Federation Entertainment, will launch on January 2, 2022 on Masterpiece PBS in the US and in December 2021 on BBC in the UK.

“Around the World in 80 Days” is the story of a globe-trotting odyssey that starts and ends in London, so Christian was tasked with capturing a distinctively London sound, as well as utilizing location-based instruments and sounds to reflect the geographically and cultural diversity showcased in the series; the bell chimes of London’s very own Big Ben are featured in the main opening theme of the series. Christian’s score relies heavily on ticking clocks, gears, and bells to create an atmosphere of urgency, and these percussive beats also serve as a common underlying theme across the sound palette as the story whisks its audience from location to location.

Christian Lundberg is a Swedish-born multi-instrumentalist and composer at Bleeding Fingers Music who thrives in the world of analog synths and devices. Christian’s wide-ranging and oftentimes avant-garde style of music has earned him extensive credits over his scoring career, including SyFy’s groundbreaking VR experience “Eleven Eleven,” Crackle’s hit crime-comedy series “Snatch,” and BBC’s critically-acclaimed podcast “13 Minutes to the Moon.”

Founded by Hans Zimmer, Russell Emanuel and Steve Kofsky; Bleeding Fingers Music is a diverse creative force in the composing space for film and TV. Not only has the composing team established themselves as a reliable music source for a multitude of networks and studios including Apple and National Geographic, the collective has also brought other well-known projects to the next level with their original composition for projects such as Emmy-winning work on BBC Earth’s “Primates,” Emmy-nominated work on “Planet Earth II”, and recent seasons of “The Simpsons.” 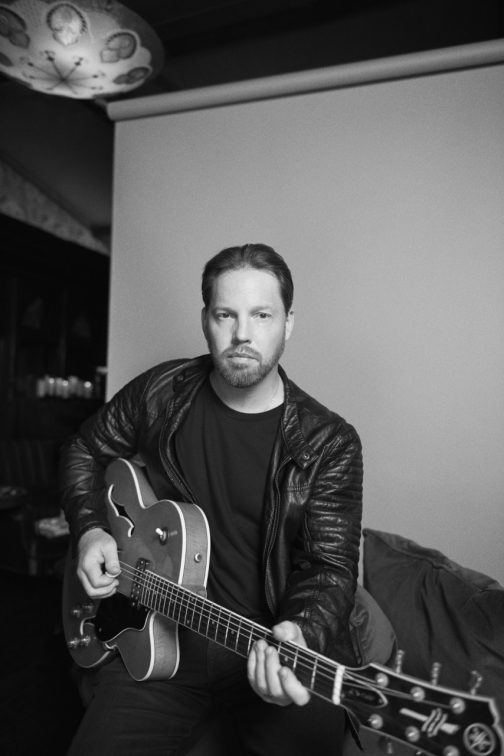 Hi Christian and welcome to OLC! For all our followers out there tell us a bit about yourself and how you began your musical journey?

Hi Neill, thanks for having me! I’m a composer based in Los Angeles, California and I was born and raised in Helsingborg, Sweden. I would say my musical journey really got started when I picked up the guitar at around the age of 12. I would sit and practice for hours on end and I quickly realized how much I enjoyed writing and the feeling of starting with nothing and ending up with a bit of a tune.

I also really enjoyed the recording process and got obsessed with 4 track recorders and drum machines, whatever we had available in those days and of course, whatever I could afford. I worked in a music store, so I got a bit of a deal on whatever I needed.

Who were some of your biggest inspirations growing up? :

This is so hard for me to answer, I was inspired by so many different styles of music. There was always music playing in the house, from classical to country and everything in between. Our neighbor owned a record store and he would bring home all kinds of different albums for me to listen to and I could then use my allowance to buy what I liked. I think my first albums were English electronic music, Depeche Mode, Howard Jones, etc. Martin Gore’s use of industrial elements on those early albums is something that has inspired me to this day.

Then I became really obsessed with playing the guitar, I was really into Randy Rhodes & Eddie Van Halen. In my late teens I was introduced to LA based session guitar player Michael Landau who is still one of my favorite guitar players.

When it comes to tv / film scoring, Thomas Newman’s work in the late 90s and early 2000s was really when I started taking notice and thought maybe this is something I wanted to pursue. His style really resonated with me.

So how did you end up working with Bleeding Fingers Music alongside a creative genius like Hans Zimmer?

I was working as a freelance composer and music producer for years with my main source of income coming from commercials, but I had also done some independent film work. At the time I was looking for ways to get more tv placement. My friend and fellow musician Justin Sirota introduced me to lead “bleeder” & Bleeding Fingers Music CEO, Russell Emanuel around 8-9 years ago and I started writing tracks for Extreme Music, which eventually led to me coming on as a staff composer with Bleeding Fingers Music and collaborating with Hans.

You’ve scored a variety of different genres and platforms including hit crime-comedy series “Snatch,” and BBC’s critically-acclaimed podcast “13 Minutes to the Moon” just to name a few. What do you think has been the most challenging project you’ve worked on?

Well, every project has its own challenges. A few years back I composed the music to the VR experience project Eleven Eleven for Universal/Syfy. It’s a multi-linear narrative giving the characters 11 minutes and 11 seconds before the planet explodes. The only chance of survival is to make it aboard a rescue spaceship that will launch right before the clock hits zero. You can either follow 1 character or you can play the experience in god mode, you can also teleport around wherever you want. This meant that the ambient score which is playing in the different locations had to match the characters moving through this space. In addition, the character themes also had to be able to playback at the same time when they were interacting with each other. So for the most part, it needed to be scored in closely related keys and in divisible tempos of the master tempo. We had to make very detailed spreadsheets to keep track of any potential character interaction so that sonically it would feel seamless no matter what the viewer would decide to do. This was a really fun experience but also very challenging. Organization was crucial.

You’re now working on an upcoming TV series called “Around the World in 80 Days” starring the incredible David Tennant, how did this opportunity come about?

We went back and forth between the 3 of us for about a week before we let the client listen to what we had. They thankfully loved it and what you now hear in the show is very close to our initial idea. I’m very grateful to have gotten the opportunity to work on this project. David Tennent and the rest of the cast really did an amazing job and it was so inspiring to compose the music for this series.

Talk me through the creative process you went through when you were creating the score for this show?

After we had locked in the main theme and it was decided that I would score the show, I started to read the book and reacquaint myself with the story. I also read the episode scripts. Myself and my assistant Joaquin Lichtle researched what instruments were played in the various locations around the world in 1872. I acquired some ethnic and period accurate instruments, which I either played and recorded during the writing process or Joaquin sampled for me to use later on. For example, when the journey takes us through Yemen, I used a fretless Arabic stringed instrument, the ode, as the lead instrument in the main theme.

Early on, as I was working on the character themes, I had yet to see any picture. I only had the location stills from the shoots.  I would keep those up on a monitor along with a few key lines from the script having to do with the character. I’m visual when it comes to my writing, but I also really enjoy the freedom of not being bound by what the picture is doing, rather the feeling the stills and the script gives me.  This also meant that I was able to give these early ideas to Lead editor Adam Bosman and his team, giving them the ability to use those rather than temp music. They did an amazing job placing these tone ideas in the episodes, giving the early cuts a cohesive sound.

Are there any upcoming projects you can tell us about that you are going to be working on?

I’m currently working on a theme and a show-pack for a crime show and I’m also working on themes for an upcoming Natural History project. There are a few more exciting projects on the horizon but nothing I can really talk about at the moment.

What does the new year hold for you?

Lots of music in the pipeline for this year. 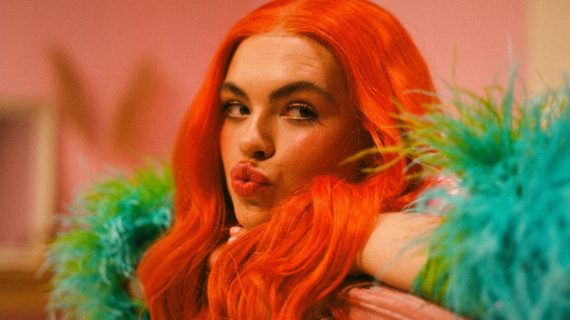 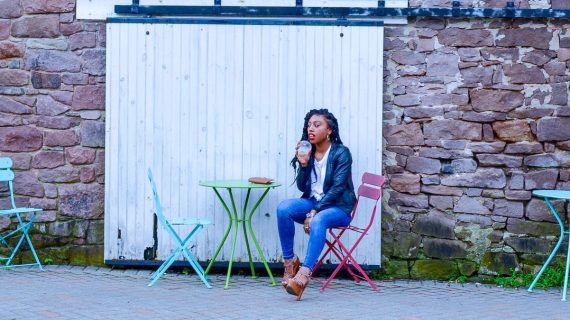