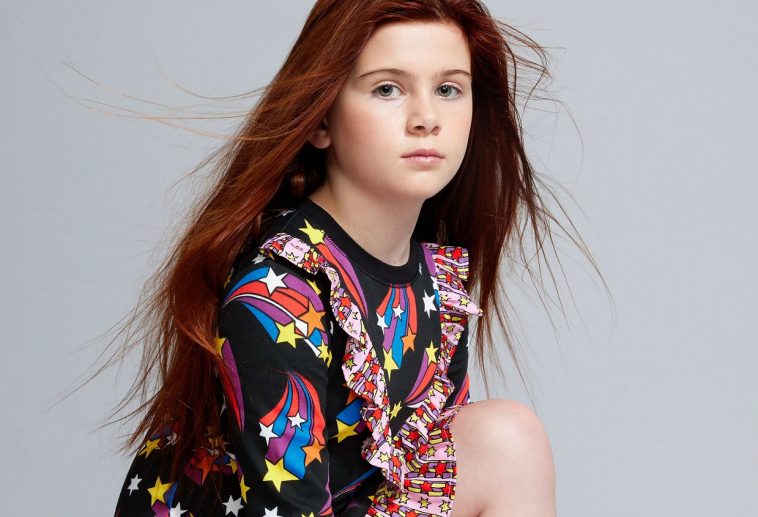 A Southern California native, Everleigh McDonell’s acting career started at age 4 starring in commercials and short films. By the time she turned 5, she was appearing regularly on two television series. At this young age, Everleigh has a very clear vision for her future which includes skipping right to the part where she gets to produce, direct, write, style, and act. She loves performing, and will do almost anything for a laugh, with the ability to change gears to the dramatic in an instant.

Everleigh McDonell can be seen portraying the child version of the main character, ‘Clare Abshire,’ in HBOMax’s newest series “The Time Traveler’s Wife,” based on the best-selling novel by Audrey Niffenegger. Everleigh got to work alongside “Game of Throne’s” Rose Leslie and “Divergent’s” Theo James. Fans may recognize Everleigh for her role as ‘Ella Dunn’ on AppleTV+’s “Truth Be Told” and her most recent role as ‘Jane Boland’ on “Good Girls” (NBC & Netflix). “Good Girls” is currently airing season four. Everleigh’s character continues to melt hearts as the adorable but feisty and comedic baby Boland child. This season, her character struggles with some grim family issues, including her father’s jail sentence.

Everleigh loves art, traveling, surfing, crafting, and spending time with her family. The adventurous life of acting suits her perfectly, and she’s always up for a challenge. St. Jude’s is a charity that is close to her heart and that she feels passionately about.

Hi Everleigh, welcome to OLC! It’s a pleasure to have you here. I love your name by the way. So tell me, how did you get your start in acting and what do you love about it?

Hi! Thank you! Well, I started acting when I was about three years old, doing some short films for USC film school. I took acting classes, did hard work, and then I started doing commercial auditions. I kept on getting lots of auditions, and I booked some of them!

I LOVE acting; it’s like the joy of my life. I love that there are multiple characters that I play, and none of those characters are actually me, so it’s like walking in someone else’s shoes for a day. Let’s say I get to play someone who is cooler than me, or someone that is crazier than me (which is probably never gonna happen, because I’m pretty crazy) and I get to be something that I wouldn’t get to be in real life, like a police officer in a kids movie. I could arrest people, even if they weren’t doing anything, and I couldn’t do that in real life. In real life, a kid can’t be a cop, and you can’t just arrest people in real life if they aren’t doing anything wrong. It would be so funny!

You were very young when you started auditioning but what’s the first audition you remember doing and were you nervous at all?

The first audition I clearly remember doing is the Good Girls audition when I was five years old. I originally auditioned for the role of Emma Boland, and I somehow got the role of Jane Boland. I remember waiting in the waiting room and seeing my friends. I think my audition with casting went pretty well when I did my acting. I just tried to be myself but also my character at the same time. I get nervous sometimes, but I think about what someone told me once: “If you’re nervous, that’s just excitement.” If you’re scared to do something, and you’re nervous, it’s really just because you’re excited. Trust me, it’s just excitement!

You’ve been on some pretty popular shows including ‘Good Girls’ on Netflix and Apple TV’s ‘Truth Be Told’, what were some of your favourite memories from being on those shows?

My first favorite memory from Good Girls is pretty crazy but I didn’t know what I was doing because I was only 5 years old.  I had no lines in one of my first scenes, and I was just eating pizza. When the scene was done, I yelled out, “When do I get to say lines?” I think my mom was embarrassed and she was hoping that everyone thought that was funny.

I remember this one cool time lapse scene where I got to spill milk on the floor and play with my tv siblings. I also had to do random things like eat a cupcake and pretend to play.

I also loved filming with Matthew Lillard, my dad on Good Girls. He’s really fun. One time, we were filming a scene where I was asking to go to my friends house, and he was laying on the floor with an ankle monitor on his ankle (well, obviously, because it’s an ankle monitor), and in between takes we sang this song from one of my favorite shows, “Gravity Falls,” and we sang about Old Man McGucket spittin’ in a bucket. It was so fun.

From Truth Be Told, I remember filming with my tv Grandma, Annabella Sciorra, and I had to talk about my little toy bird that she wanted to find. That was cool. I also filmed a scene with Octavia Spencer and I had a mask, and it was very mysterious. I really liked that scene. Oh, and when I filmed the dinner scene, that was really cool, because my tv mom, Lizzy Caplan, was playing two characters, so we had to do it a lot of times!

Were you star struck meeting some of the cast? Who’s the most famous person you think you’ve met?

The most famous person? Was I starstruck? <laughter> Well, not really, because I can’t see most of the shows that these people are in. I don’t know how big of an actor they really are. But I did just recently watch Divergent, with Theo James, and it was pretty good!

Let’s talk about your latest role in ‘The Time Traveler’s Wife’, what’s the show about and who do you play?

The Time Traveler’s Wife is about this time traveler and his wife. The time traveler, Henry DeTamble, can’t control his time travel; it just happens to him. He time travels to this girl, Clare, multiple times in her life, but there is a reason. It’s because he’s married to her in the future, and she is important to him. I play Clare Abshire, the little version of the older Clare Abshire.

What did you love about playing a young ‘Clare Abshire’ and how did you prepare for the role?

First of all, I got to say a cuss word in the second episode, which was pretty crazy because I’m not allowed to say those! Second of all, MY HAIR! It was bright red! My hair was crazy and so cool. I’ve never dyed my hair a different color in my life, so getting to do that and go to the hair salon all the time was pretty awesome. Also, I got to throw a shoe at Theo so that was fun.

I prepared for the role by going over my lines a million times, coaching, and getting ready to go to New York. I did table reads with the cast, and they really acted during the reads and did so great. I did some zoom sessions with David Nutter, and then more sessions in New York with both Theo and David, where we would see what the forest was going to look like, and where Theo and I would be in the scenes. We would plan it all out together and it was so much fun.

It was pretty cool! Theo can actually be funny and we would play between scenes. And, in one scene, I got to throw pretzels at him, which was fun. I didn’t get to work with Rose because we were both playing Clare, but I saw her on set and she would take pictures with me. It was really cool playing the same character as her, and she’s really really nice and happy.

You eventually want to get into Directing, Producing and Writing, what do you love about those aspects of film?

I would love to be a writer because then you would get to write what’s happening in the story. You get to make up what the characters say!

Directing would be cool because you could make it your style. When I watch something, sometimes that director’s style is a bit serious, mischievous, maybe like a detective movie with jumping to conclusions. Maybe if I was directing, I would make something happy and magical!

Producing would be fun because it would be your own show, and you made it; you’re in charge! Just think, you have this whole show that’s coming out, and millions of people are going to watch it, and they might even like it! That would be pretty cool. You could put all of your time into it to make it look amazing.

So tell me about the charity St. Judes, how are you involved with it and why is it important to you?

We are waiting to see if there is going to be a season 2 for The Time Traveler’s Wife, while season 1 is currently airing. I have been going up for more auditions. I came really close to booking a movie, but it’s ok because that’s just how it goes; you get one, you don’t get one, then you don’t get one, and you get one. School is going to end soon, and this summer I’m going to spend more time with my friends and family. 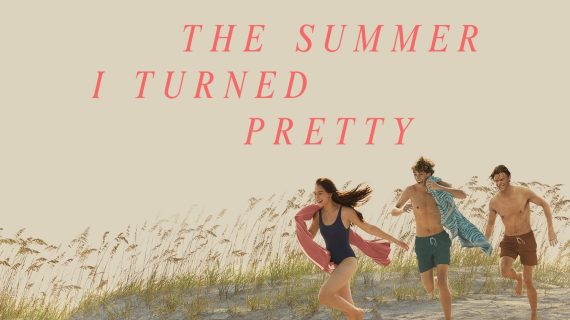