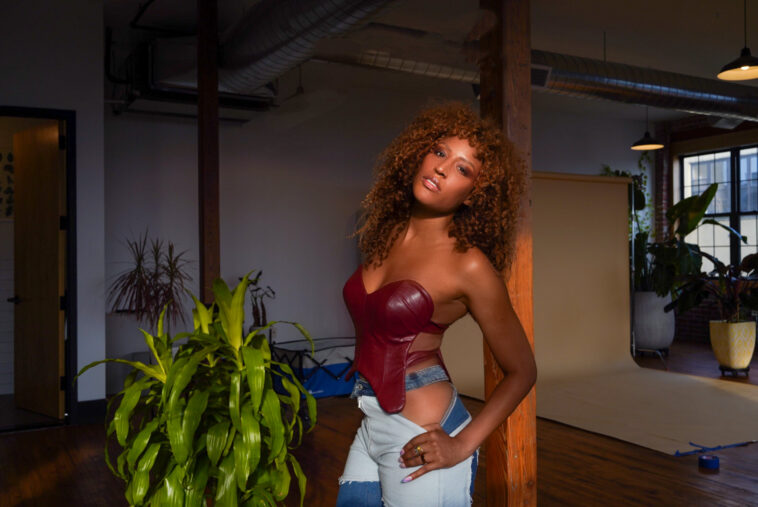 Sandflower, the independent artist known for pushing boundaries is set to drop a transcendent visual and listening experience in “The Quantum Seed,” a transformative and empowering debut album. Crafted in studios across New York City, Sandflower and producer David Sisko collaborated to curate a genuinely show stopping album of genre-exploding sounds and visuals, including electro-pop-rock, punk-rap, synthwave-dubstep eclecticism. This record explores the inner dimensions and intersections of pop music and truly represents the spectrum of the musical universe.

Featuring 15 tracks and guests including UNSTOPPABLE DEATH MACHINE on lead single Quicksand,” this record spans genres, moods and colors. Each track has its own video, telling a story and taking listeners on a visual journey from start to finish. From the empowerment anthem “Goddess Cxlture” to high intensity club-bangers like “Wild Things Are” and “Shake That Bottom”, the dynamic and forceful sounds and mouth-watering hooks will stay with you for years to come. “No Regulas” was recently placed in the upcoming film “The List” directed by Melissa Miller Costanzo, which will also feature an upcoming single titled “Everyday Saturday”.

This project that captures all the raw determination, grit and intellect of Sandflower and renegade style work, is the latest in a long line of genre-fluid work that defines Sandflower’s signature uniqueness. In this record, genre-fluidity was never the objective, it was the mode. A collage of beats, lyrics, melodies, impressions, and inspirations that combined create an exhilarating stylistic whole.

Welcome to OLC! It’s a pleasure to have you here. I have to start by asking, where did the artist name Sandflower come from?

Sandflower is actually my real name my mom named me! My name came from a dream she had when she was pregnant with me. I’m so happy she gave me such an interesting and unique name.

How would you describe yourself as an artist and your sound?

I think all around I am a multi- disciplinary genre fluid artist. Whether it’s music, visual art, fashion I give my creativity the flourish in all mediums and I totally think that’s reflected in my music. Art in all of its forms is what I love and what drives me forward.

What got you into music and was there any one in particular that inspired this for you?

For sure my mom got me into music. When I was a kid she was in a rock band and was touring the world. Her band was called Eye and I and was one of the pioneering bands of the Black Rock music movement at the time. I was definitely lucky to be exposed to all kinds of music, art and dance – music and songwriting is what I gravitated towards most.

Your cover of the Spice Girls hit single ‘Wannabe’, was a huge success for yourself, what made you want to cover it and how much of a Spice Girls fan are you?

I still remember the first time I saw the Wannabe music video and Scary Spice’s vibe! It was an iconic moment for me! I felt represented in pop music in a way that I had never seen before and it was super refreshing. I’m a huge Spice Girls fan for sure!

Your new album is called “The Quantum Seed’, what inspired the title for it, and what can your fans expect?

Talk me through the creative process of the album and who helped you work on it?

The creative process was so multifaceted. I definitely didn’t have one way of going about each song and video – it keeps evolving. David Sisko produced the album and really supported the vision of creating music without boundary lines. I also worked with some incredible songwriters on a few of the songs as well David Greenberg, D.O.E., Lamont Coleman, Jay Brazil. Mike Tucci mastered the songs. Whether it was collaborating or creating on my own each song and video started with a vibe and my goal was to give whatever energy I felt the opportunity to fruition.

What song on the album means most to you and why?

Today I love all the songs on the album equally because they each are a part of my heart and my soul. Quicksand I think represents my sound as a whole and it was the first song I actually wrote with David Sisko and for this album.

Given the opportunity who is someone you’d love to work with and what do you love about their craft?

I really love Nile Rodgers. I think he is a prolific musician, songwriter and performer. I really admire the artists, engineers, and producers who have the kind of creativity and skill that stands the test of time.

Do you have any upcoming shows where people can see you?

I’m actually gearing up for shows now. I’m putting a band together, looking for dancers and reimagining how I would like my stage show to look and feel. I’m really excited to start rehearsing again.

What’s your favourite venue to perform at and what makes it special to you?

I haven’t performed there yet but Madison Square Garden is the dream for sure. Let’s manifest it! I also really loved performing at the MOMA PS1 here in NYC.

I’m looking forward to continue to push the bounds of my creativity. To keep exploring and to discover new ways of communicating as an artist. Art speaks and I’m listening. 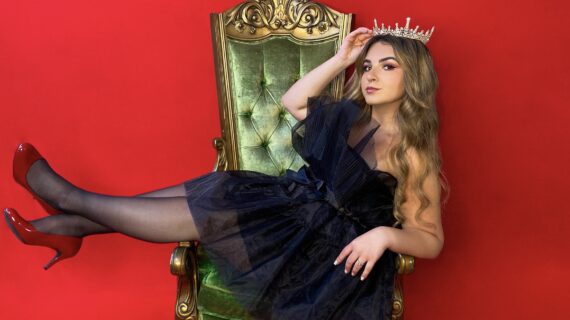