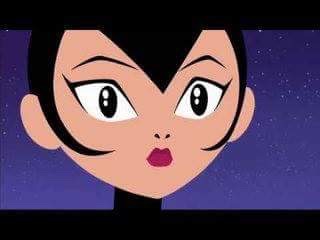 “Whoa, what a freak! Looked like a talking penis.”

That grabbed your attention huh? I’m just as surprised as you are ladies and gentlemen. Yes Samurai Jack has officially fully embraced its new freedom through the Y-14 rating with its first adult joke. I won’t spoil any of the context.

This episode picks up where the previous one left off, with Jack (Phil LaMarr) having left the factory from the last episode, believing he is responsible for the murder of countless children. We know that the children survived, and now Ashi (Tara Strong) has set off to find Jack. Along the way, she encounters people who have become products of Jack’s legacy.

The episode is essentially a tour through a living museum of episodes from the original Samurai Jack series. Ashi is exposed to Jack’s legacy of good that he has done for the world, in spite of Aku’s (original series Mako Iwamatsu, revival series Greg Baldwin) terror. As Ashi progresses, she becomes more and more impressed with Jack’s feats, finally, permanently rejecting Aku and her mother, the High Priestess (Grey Delisle).

Meanwhile, the robot assassin from the first episode whom Jack had supposedly destroyed is alive and well! Yes, the music loving, eccentric robot Scaramouche (Tom Kenny) is alive, through his head, which is forced to hop like a bunny to travel. Kenny is a very prominent voice actor, most well known as the titular character of Spongebob Squarepants. Spongebob’s personality is well-known among animation enthusiasts and you may notice that Kenny incorporates parts of it into his performance of Scaramouche, not least through Scaramouche’s love for music and his ability to control weapons via his singing. It is much more subtle than that but once you notice, it is difficult not to think of Spongebob being used as an eccentric, fun-loving robot assassin.

Ashi finally finds Jack, and it is finally revealed who the mysterious horseman is. Jack’s feelings of guilt and self-loathing are displayed here. Jack feels he has failed. His fight has bought nothing but trouble to those he encounter. Death, pain, and suffering follow in his path.

Jack’s journey is far from over yet. With new ally Ashi by his side, the quest continues to destroy Aku and liberate the world from his tyranny once and for all. 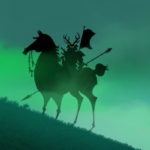 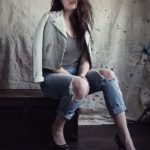