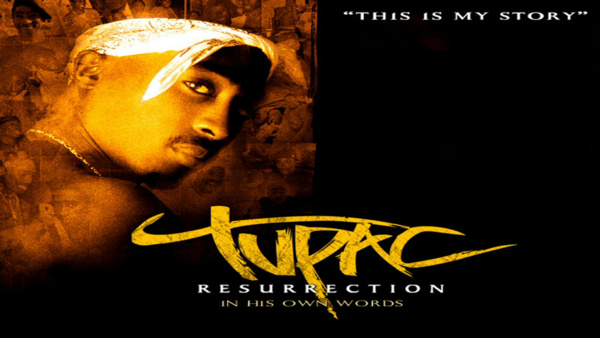 Forty-six years ago this week, Lesane Parish Crooks was born in New York City to Black Panther activists Afeni Shakur and Bill Garland. Their child was eventually renamed Tupac Amaru Shakur, after an 18th century Peruvian revolutionary. A lot of people in Shakur’s life were involved with the Black Liberation Army, and a lot of them were prosecuted and convicted of serious criminal offenses and imprisoned. Tupac’s godfather Elmer Pratt, was a high positioned Black Panther, and was convicted of murder during a robbery against a school teacher back in 1968. His stepfather, Mutulu Shakur, spent four years at large on the FBI’s Ten Most Wanted Fugitives list. In 1982 Mutulu was wanted for having helped his sister Assata Shakur, to escape from a penitentiary in New Jersey in 1979. She had been imprisoned since 1977 for killing a state trooper in 1973.

Shakur also had other siblings including an older step brother Mopreme Shakur and also a half sister named Sekyiwa who was younger then him by two years. At 12 years of age Tupac enrolled himself into Harlem’s 127th Street Repertory Ensemble and was cast as Travis Younger, a character in the play A Raisin in the Sun, which was performed at the Apollo Theater. In 1986 Tupac’s family made a move to Baltimore, Maryland where Tupac enrolled into the Baltimore School Of Arts. He studied a variety of arts including acting, poetry, jazz and ballet. He strived in acting the most, and performed in a lot of Shakespeare’s plays including playing the part of the Mouse King in the Nutcracker. He got his moment when he accompanied by one of his friends, Dana “Mouse” Smith, as his beatbox, and went on to win many rap competitions and was considered to be the best rapper in his school. He was remembered as one of the most popular kids in his school because of his sense of humor, superior rapping skills, and ability to mix with all crowds

One of his most notable friendships though was with actress Jada Pinkett Smith, that prolonged for many years all the way until his death. Shakur has said, “Jada is my heart. She will be my friend for my whole life.” Pinkett Smith calls him “one of my best friends. He was like a brother. It was beyond friendship for us. The type of relationship we had, you only get that once in a lifetime.” A poem written by Shakur titled “Jada” appears in his book, “The Rose That Grew from Concrete”, which also includes a poem dedicated to Pinkett Smith called “The Tears in Cupid’s Eyes.” The Poem Jada went as follows;

In 1988, Shakur and his sister made the move to Marin City, California, where he attended Tamalpais High School. Shakur also joined the school’s drama department by performing in several productions. In an English class, Shakur wrote a paper, “Conquering All Obstacles,” in which he said “our raps, not the sorry story raps everyone is so tired of. They are about what happens in the real world. Our goal is to have people relate to our raps, making it easier to see what really is happening out there. Even more important, what we may do to better our world.” He also began attending the poetry classes, in which that same year, where his teacher organized a concert with a former group of Shakur’s, “Strictly Dope” the concert led to him being signed with Atron Gregory. This set Shakur up for the break he was so destined for breaking into the music scene, and in 1990 he became a backup dancer for hip hop group Digital Underground.

It was in 1990 in the Digital Underground track entitled “Same Song” where Tupac’s career was about to take off. Following his debut on a rap track, Tupac recorded his own song entitled “I Get Around” which featured Shock G and Money B, and hit number 11 on the Billboard charts. In 1991 Tupac Shakur released his debut studio album entitled “2Pacalyse Now”, and although the album did not produce any top ten singles this album is hailed by many critics and fans for its underground feel. “2Pacalypse Now” generated significant controversy for numerous reasons. The songs “Trapped” and “Brenda’s Got a Baby” were widely recognized for their poetic qualities, but also offered strong views of social policies. Shakur shared his view on his songs from this album saying “I started out saying I was down for the young black male, you know, and that was gonna be my thang,” Shakur said. “I just wanted to rap about things that affected young black males. When I said that, I didn’t know that I was gonna tie myself down to just take all the blunts and hits for all the young black males, to be the media’s kicking post for young black males. I just figured since I lived that life I could do that, I could rap about that.”

His second studio album, Strictly 4 My N.I.G.G.A.Z…, was released in February 1993. The album did better than its predecessor commercially, debuting at number 24 on the Billboard charts. The album contains many tracks showing Shakur’s political and social views and this album was considered Tupac’s breakout album. It showcased the songs “Keep Ya Head Up” and “I Get Around” and the LP reached platinum status. The album became Shakur’s tenth-biggest selling album, with 1,366,000 units moved as of 2004.

His third album was the successful project “Me Against The World” which was considered one of the greatest and most influential hip-hop albums of all time. It is Shakur’s fourth-best-selling album with 3,524,567 copies sold in the United States as of 2011. It contained the singles “Dear Mama”, “So Many Tears”, and “Temptations” which produced a high succession on the Billboard charts.

In 1996 Tupac released and album which was said to be the crowning glory of 90’s rap entitled “All Eyez On Me”, which was released on Interscope and Death Row Records. It was certified 5× Platinum after just 2 months in April 1996 and 9× platinum in 1998 and spawned the number one singles “How Do U Want It” featuring K-Ci & JoJo and “California Love” featuring Dr Dre. It contained many other successful singles including “2 Of Amerikaz Most Wanted” and “Ambitionz Az A Ridah” and the album made history as the first double-full-length hip-hop solo studio album released for mass consumption. It was issued on two compact discs and four LPs. All Eyez On Me was the second album from 2Pac to hit number one, and grossed 566,000 copies in the first week of its release and by the end of 1996 had sold over 5 million copies.

In October 1995, Shakur was released from prison after serving nine months of a sentence for sexual assault and formed a new group called Outlawz. The group consisted of Kadafi, Hussein Fatal, Mussolini, Komani, E.D.I., Kastro, Young Noble and Napoleon. The idea behind the group was for each member to have a rap name coinciding with the names of various enemies of America and for 2Pac himself he created Makaveli. The group released an album after Tupac’s death entitled “Still I Rise” and spawned a series of successful singles. Shakur not only released a series of highly successful rap albums but also ventured into movies, including films such as “Gridlock’d” and “Bullet”. His most famous role was starring along side Janet Jackson in the hit film “Poetic Justice” and also featuring in the basketball movie “Above The Rim”.

Away from the spotlight Shakur was also caught up in a lot of controversy with the law. In 1992, during a confrontation at an outdoor festival in Marin City, California, Shakur’s gun reportedly went off accidentally. The bullet struck a nearby 6-year-old named Qa’id Walker-Teal and killed him. Shakur settled the case, and charges against him were dropped. In 1993, Shakur was charged in connection with a shooting where he reportedly shot two off-duty Atlanta police officers, according to media reports. But all the charges were dropped against him once it was determined that the off-duty police officers were not only intoxicated and reportedly in possession of stolen weapons during the alleged incident, but one of the officers had also allegedly shot at Shakur’s car. That same year, Shakur was charged with sexually assaulting a woman in a New York City hotel room. Shakur maintained the sex was consensual, but in 1994, he was found guilty of first-degree sexual abuse. He served nine months in jail.

So many years on Tupac’s legacy continues. New music has evolved with the albums “R U Still Down?”, “Loyal To The Game” and “Pac’s Life” all hitting the music world, which had features from talented current artists including Eminem and 50Cent. And now a movie has been released, a biopic on the life of the late rapper called “All Eyez On Me”. Shakur is portrayed by Demetrius Shipp Jr., and after recently watching it I think it’s worth watching to discover not the rapper but the man who was Tupac Shakur. From his poetry to his raps to his music, Tupac was not only just a rapper he was a revolutionary icon in the hip hop world.

But with an extensive criminal and violent background aside, there’s definitely no denying that Shakur left an incredible mark on the music world and in the psyche of an entire generation. 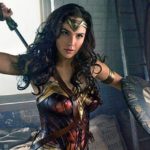 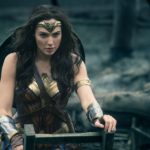