Born and raised in Detroit, Callaghan Belle started writing music at eight years old and signed a record deal with Ken Caillat by the time she was in high school. A songwriter, producer, and actor, she’s written songs for R&B artist JoJo and Grammy Award winner Colbie Caillat, with tracks featured on Netflix’s “Extinction” and STX Entertainment’s “Bye Bye Man” as well. Her debut album has been years in the making, and now this rising artist is set to take the world by storm. I got the chance to chat to this music sensation and talk all things life, love and music; 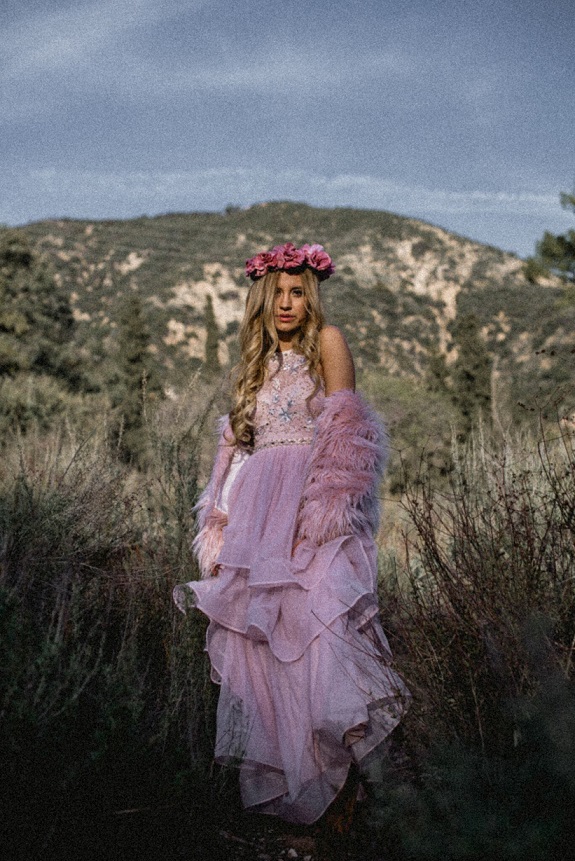 1.) Hi Callaghan welcome to OLC! You discovered music was your passion at a young age, how did this come about? Was there anyone who strongly influenced this for you?

Thank you so much for having me! It’s funny, music has been in my life forever. I can’t remember a time before it and I don’t know why it started. When I was little, I’d write a couple songs every day in secret. At some point my mom realized I had about 10 notebooks full of lyrics. From there, my parents were encouraging. I guess I just didn’t realize there was anything unusual about a little kid writing music. I thought everyone was doing it.

2.) You we’re signed to a record deal in high school, was that a scary thing for you at the time?

It was an exciting time! I don’t think I really grasped what was happening though. I feel like that happens a lot when you’re young in extraordinary circumstances. I signed my deal at the Village Recorder in West LA, which felt kind of historic. Studio D was built specifically for Fleetwood Mac and so many icons have recorded there since. It’s a really beautiful memory for me.

3.) How challenging was it being signed so young as well as trying to juggle life as a normal teenager, going to school, seeing your friends etc.?

I’m not going to lie [laughs] it was pretty challenging. My school was very unsupportive. I remember a few days after I signed my deal, a teacher said, “Sweetie, maybe you’re talented in our community, but not in the real world.” That comment didn’t even make sense! My friends would spend weekends at parties and spring break on the beach, while I was at meetings and in the studio. No one from school really knew what was going on in my free time. It was a bit Hannah Montana-esque.

4.) You’ve written songs for some huge names including an artist I love JoJo and Grammy winner Colbie Caillat, how did that come about and which songs did you pen?

Yes! So my first co-write ever was actually with Colbie. I was 16 and star struck. I remember being in the booth singing and the engineer said, “Hey Cal, someone’s here to see you.” I walked into the room and there she was. I wrote some music for her Christmas album. She’s just lovely.

My JoJo experience was totally surreal. The session came about when The Newton Brothers and I did music for a Netflix film called “Extinction.” They called me one day asking if JoJo seemed like a good fit for the vocal. And I just screamed. Her voice in person is just goosebumps all over. Not to mention, she’s the reason I started singing. No joke. I would sit in the backseat of my mom’s car just yelling along to “Too Little Too Late” when I was younger. [Laughs]

5.) You’ve also done some acting, What do you prefer the music side or the acting side of the entertainment business or are both something you love and want to continue to explore?

I love both! Music is like breathing to me. I don’t have a choice. “Necessity is the mother of invention,” as they say. But acting is more of a hobby. It’s fun, it’s therapeutic. Once I get going with music as an artist, I’d definitely like to pursue acting again.

6.) Who are some artists you would love to write or record with?

7.) Let’s talk about your debut single “Dear Detroit”, Hailing from Detroit yourself you obviously wrote it about your love for the city?

“Dear Detroit” is about being homesick for a sense of belonging. I wanted to write a tribute to the place where my family comes from and capture the bittersweet feelings that come with moving away. It’s a love letter to Detroit. But it’s about the internal battle we all feel after leaving home.

8.) Any plans for a music video to accompany the single?

Yes! The music video will be out in a few weeks. It was such an interesting experience to film. Basically, picture me in a princess gown singing along to my song in the middle of a desolate neighborhood.

9.) What can you tell me about your debut album? Is there anyone special your working on it with?

My first album is called ‘Sovereign’. It’s been done for two years now! I know that’s crazy, but people kept telling me to wait to release it and I listened. Sovereign is my baby. It’s dark pop, but still sweet and vulnerable. It tells a story of growing up. One of my favorite songs on the album is called “Kids.” It’s about growing up in a broken home but learning to trust and love anyway. I also got to write a bop with Flint Eastwood called “Jetsetter.” But besides that, I wrote everything myself when I lived in Detroit.

I’ve dreamed of touring since I was a little girl. So yes, in time. I hope sooner rather than later.

11.) What’s your ultimate goal as an artist, what do you hope to achieve?

Ultimately, I want to reach as many people as possible through vulnerability and honesty. I want my music to be somewhere people can go when they feel fragile. Growing up, I didn’t have anyone to talk to about heartbreak and loneliness, so it’s been really important for me to help others who might be in a similar boat. My music is all about coming into your own power. I hope that translates. Guess I’d also like to win a Grammy someday. [Laughs]

So far this year my plan is to release Sovereign. I’m so excited. My second EP is almost finished too… Would it be crazy to release both this year? 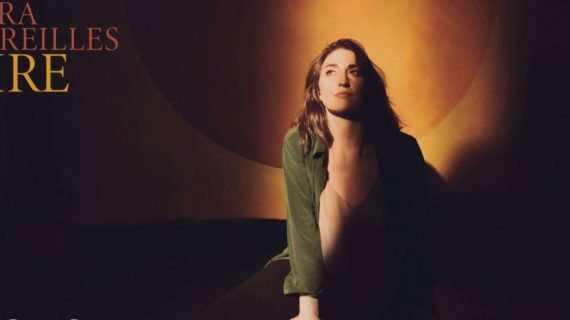 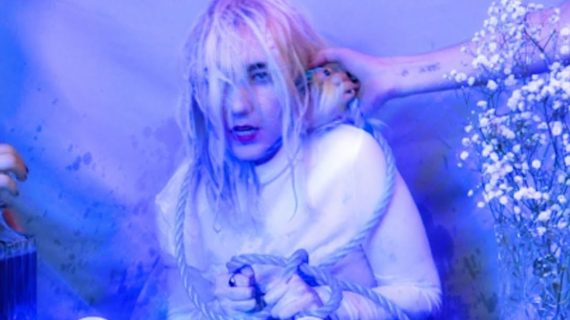