SJae (aka Sammy Jay) was the UK’s first female music producer who has been hailed in the US as ‘the best in the business’ by many of her peers, including some of the world’s biggest music stars and producers. A proponent and prominent representative for women in technology, SJae is proud to announce her debut EP, “FIRST”, due out March 22, 2019. Part one of a series of EPs, includes collaborations with acclaimed songwriters, producers, and artists, namely, Raphael Saadiq ,Sam Sparro, and Dria Thornton, and Hilaire.

SJae states: “The purpose of my project is to show woman can produce records, create more content and more visibility for us, so we can encourage other women to enter into the field. There are very few female record producers out there; in fact , I just gave an interview for a USC study funded by Spotify about why there are so few female producers in the industry. I believe we are haven’t been encouraged to be technical within the creative industry. The assumption is that women exist only as performers, singers and songwriters, the introduction of a women who produces music, ‘makes beats’ etc is met with surprise and a sometimes not so subtle air of disbelief, followed by much questioning on tech – ‘What software do you use?’ “Do you really know how to mix a really fat kick drum?’ etc.”

She continues, “I believe that if you don’t see yourself represented out there in the public media, you internalize the idea that you don’t belong there, or that there is no opportunity for you in that arena. I want to change that.”

Originally from a small town in South Wales, SJae was a graduate of London’s famous Brit School which bred world stars including Adele, Amy Winehouse, Ellie Goulding, Leona Lewis and Jessie J amongst others. Living and working in Los Angeles, the producer, writer and singer, has over two decades of experience in the industry and has worked with the likes of The Roots, Ricki-Lee, Booty Luv, Terri Walker, Mis-teeq, Mark Morisson, Pussycat Dolls, EXO, and Rod Stewart to name a few.

Def Jam gave SJae her first professional production gig on Terri Walker’s Untitled album, and it was from that SJae’s career was born and she became one of the most sought-after producers in the business where she went onto produce albums for world-wide stars and rose to the top of her game which led to her move to LA after much European success. SJae has composed music for various TV shows, including MTV’s Ridiculousness, Lethal Weapon and has placed songs on many shows/films including Fox’s EMPIRE, CBS Flashpoint, STEP UP Miami Heat, Step up Up High Water. Most recently, SJae worked with Raphael Saadiq on scoring the Netflix movie, After Party, starring KYLE and French Montana.

Not only has SJae worked on some of the world’s best-selling albums, but she’s also produced logo music for top radio stations, RTL, Bayern 3, and The Wave and her music can be heard in promo slots for FOX Sports, The NBA, Reelz Tv. SJae is currently executive producer for Howling Music, Nashville working on the music for global advertising campaigns such as Hyundai and Ford.

Already having achieved such incredible feats during her illustrious career, I wanted to find out more about this talented musician and talk all things life, love and music; 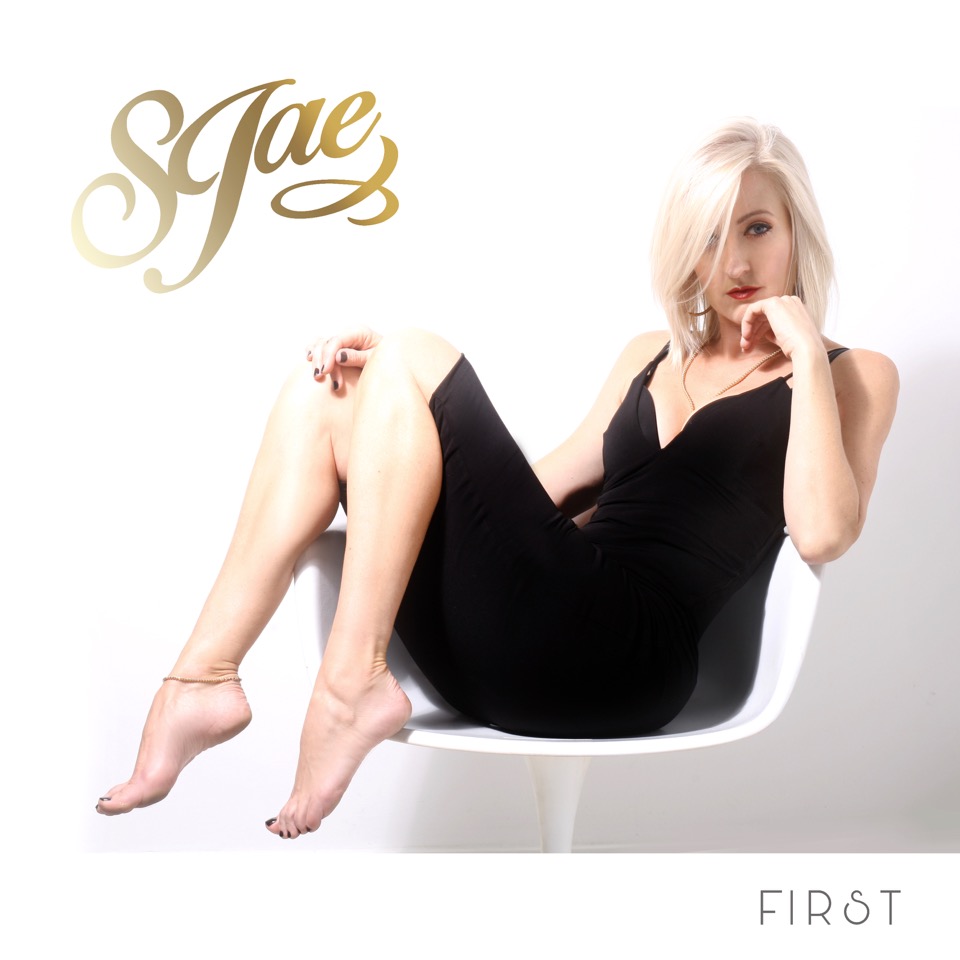 Hi and welcome to OLC! Your an incredibly gifted producer, DJ and artist. You gravitated towards music at a young age, tell me about how your music journey began?

I started classical piano lessons at age 4, mostly so I wouldn’t drive my next-door neighbor insane with banging senselessly on her piano! At the age of 12, my Dad bought me a synthesizer with an 8 track sequencer on it, I used to spend hours in my bedroom programming songs on that thing. I didn’t realize at the time, but that was definitely the beginning of my journey as a music producer. A few years later, I was accepted into the Brit School of Performing Arts in London, and the summer I graduated I got a deal with RCA Records. The next 4 years changed the direction of my life, I had the opportunity to work with my peers, to travel and to be placed in the deep end of the music industry. Scary as it was, it gave me so much experience and so many valuable lessons.

What had been the most challenging part about breaking into the industry and being discovered?

It’s challenging listening to your own internal voice about your direction, your style, what kind of music you make, what your identity is. Everyone has an opinion and it’s easy to get caught up in being a ‘team player’, or being ‘commercial’ etc. People have so much to say about what you should be, but only you know what you can truly represent and create to the best of your ability and with the most authenticity.

The UK has been huge for music in general over the years, from Westlife, to Craig David, to One Direction, how do you think your music or sound has been influenced by your hometown?

Wales is really big on soul music. It’s also known as the ‘land of song’. Culturally we are a country of singers and poets, it’s very embedded in us! The UK as a whole is incredibly diverse. Our radio playlist doesn’t segregate as much as the US radio does, so we are exposed to a real mix of genres back to back. Also, we have many underground scenes which spurn sub genres. They have the space to develop a lot before anything mainstream happens. Also, because our communities are so mixed and far less segregated than America, we are all more influenced by eachother. For example, UK Garage is a hybrid of House, RnB, Dancehall, and Ragga. It couldn’t have been conceived anywhere else!

I was heavily influenced by Jam and Lewis growing up, I used to try to program Janet Jackson records on my 8track sequencer when I was 12! I l also ook up to Raphael Saadiq, who is now a very good friend, and I feel very fortunate to be graced with his advice and skills. Quincy Jones is obviously a legend, all those records he produced for Michael Jackson still hold ground now, they still sound so good.

Let’s talk about your brand new single “The Avenue”, it features Sam Sparro, What’s the song about and how did Sam end up on the track?

Sam and I had a few mutual friends and we kept running into each other in LA. We had been saying we needed to get together to write and when we finally did, it was shortly after the Orlando shooting. We were so emotional about it, that we almost had no choice but to let those feelings influence the song. That, combined with a lot of other things that were going on politically, globally – we felt we needed to spread a message of unity, love and equality.

You have a brand new EP out, in which you work with a variety of producers and artists, what can you tell me about it and who helped you work on it?

It’s a representation of my influences and styles and also the realms that I’ve worked in as a producer and songwriter. So, I’m heavy influenced by 80s pop, but I also had a lot of success as a producer and writer in the UK Garage scene and the RnB scene. I’m also classically trained as a pianist, so there’s some of that in there too! It sounds like a weird mishmash, but there’s a spirit or sentiment in there that I’m hoping brings some consistency.

One notable feature is Raphael Saadiq on the track “All I Think About”. What was it like working with such a gifted musician like Raphael Saadiq?

He was really generous with his time and ideas and it was a really unexpected, but pleasant surprise for me when he picked that particular track to guest on. He likes to push the boundaries creatively and break new ground wherever he can. I don’ think people would expect this style from him typically, but I’m hoping his fans will like it!

Who are some artists you would love to work with in the future and why?

I would love to work with Anderson Paak, H.E.R., Syd from the Internet, there’s so many amazing artists out there right now!

Where has been your most memorable place to perform and why?

I used to be in a rock band when I first moved to LA, we did the entire LA band circuit – The Viper Room, The Whisky A-Go-Go, it was a like a right of passage, those days were so much fun.

What’s on the agenda for the rest of the year, can we expect any tours?

The rest of the year includes more work on film and tv, some cool collaborations and work on the new EP. I have some tracks I created for a new Tiffany Haddish movie that I’m excited about, I’ll keep you posted on that! No tours for right now, but always open to select shows.

Is there anything you would like to say to all your fans out there?

Just to say thank you for reading this. Thank you for listening to my music. You guys have SO much content to choose from and your time is precious, so any attention given to my work is sooo appreciated! 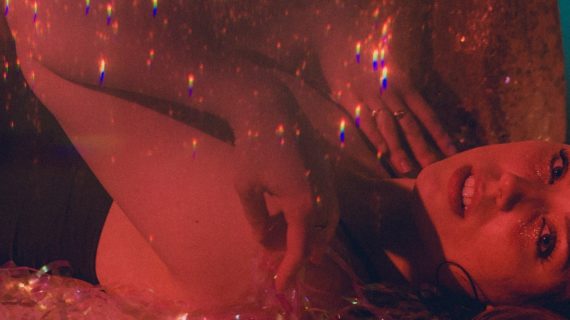 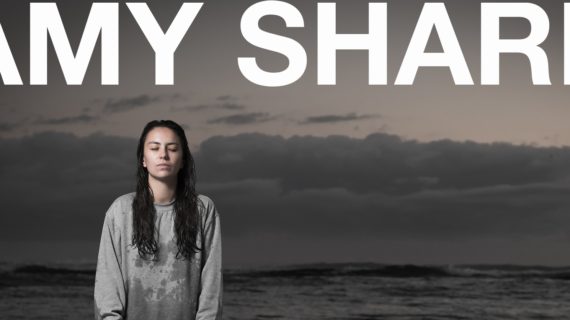