Ty Dolla $ign – “Side Effects”: It’s the third single from Ty’s “Beach House 3” album, as Ty Dolla $ign shows the “Side Effects” of relationships. The video directed by Ryan Hope, begins with a couple enjoying their relationship. Things are going great in the relationship and in the male lead’s music career until they have a child. He leaves home and finds happiness in a new relationship and an added life of crime. The young man gets caught by the police while robbing a house soon after. I absolutely love this song for not only it’s lyrics but it’s instrumentals. A must add to your playlist.

Pia Mia – “Feel Up” (feat. YG): Months after treating fans to her island-tinged summer single “Crybaby,” Pia Mia is transitioning into fall with a different sound. The singer has returned with “Feel Up,” an urban-pop jam featuring rapper YG. For the track, Pia Mia (born Pia Mia Perez) reunited with producer Nic Nac, who helmed her 2015 hit “Do It Again.” On “Feel Up,” the singer yearns for more passion in a romantic relationship. “Feel Up” is Pia Mia’s third release in 2019.

Macklemore – “Firebreather (feat. Reignwolf)”: Firebreather is the eight track off Macklemore’s current album “Gemini”. I love the vibe and the energy of this track, and it’s accompanied by the perfect production. One thing Macklemore has proved is he can quite easily cross over into different genre’s effortlessly.

John Mayer – “Carry Me Away”: John Mayer is back, did you know he was releasing new music? Well neither did I, but he has captured his creative process in the music video for his new single “Carry Me Away.” The video for the laid-back, acoustic song showcases Mayer experimenting in the studio, hanging out with his dog and working with his producers over endless hours.It’s great to see Mayer back, but I really want him to return to his form of the “Continuum” days, and this song looks like we could be getting closer to that.

Gryffin (feat. Carly Rae Jepsen) – “OMG”: “OMG” is a song by American producer Gryffin and Canadian singer Carly Rae Jepsen. On the new single, Jepsen is the guest of Gryffin, a Los Angeles EDM producer and prodigious remixer who’s made a bunch of dance hits over the past few years. Gryffin, a San Fransisco native and dance-festival go-to, has made a lot of songs with a lot of singers, but “OMG” is the first time he’s worked with a genuine big name. Gryffin and Jepsen co-wrote “OMG” with five other songwriters, and you can hear the track below.

Charli XCX – “Porsche” (feat. MØ): This song is taken from Charli XCX’s fourth mixtape entitled Pop 2. The track was produced by A.G. Cook of PC Music, and sessions for this mixtape began just several months before its release and featured a wide variety of guest contributions. The project received acclaim from music critics, and was backed by the single “Out of My Head”.

Kiiara – “Bipolar”:  Kiiara returns with new the single “Bipolar.” It’s the second taste of her forthcoming debut album and is another confessional anthem. This time around she’s dealing with the soaring highs and crushing lows of an unhealthy relationship. “Bipolar is about the ups and downs in a relationship,” Kiiara explained in a press release. “It’s that feeling you get when one person is all in and the other is out, and the roles switch constantly. That back and forth can be exciting and addicting, because it’s intense! It’s a high we all crave. But are we just addicted to the drama,” she asked. “It’s hard to let go, even when you know it’s toxic and unhealthy. You might think that such intensity means you’re in love, but if you truly cared about one another you wouldn’t be putting each other through such turmoil.”

Agnez Mo – “Diamonds” (feat. French Montana): Indonesian singer Agnez Mo has teamed up with rapper French Montana on the new song, “Diamonds.” According to a statement from Agnez Mo, the song has an inspirational meaning to her. “When I recorded ‘Diamonds,’ I already knew that this is far beyond a cool record,” she told Billboard exclusively. “It’s a representation of not one [person] but everyone altogether as people. ‘Diamonds’ are not literal diamonds. We, the people, are the diamonds. Us, with all our uniqueness, creating and moving our own ‘boxes’ instead of being in one. This record is an invitation to everyone with any body type, any skin tone, race, religion, to just have a good time and be proud of expressing ourselves.” 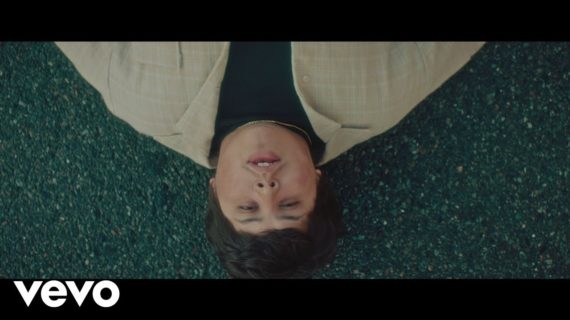 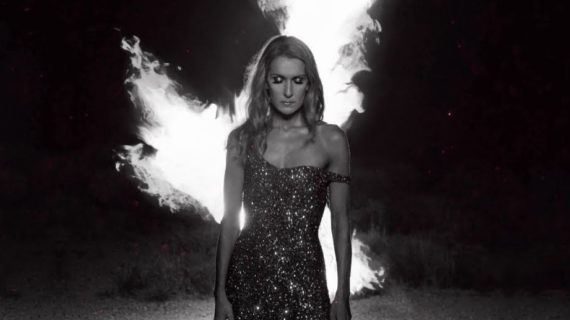