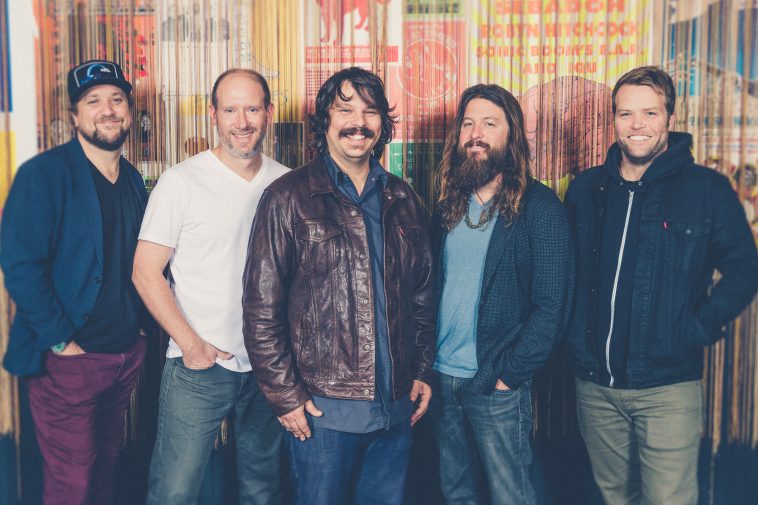 Americana/alt-country and roots-rock band, Greensky Bluegrass are kicking off 2022 with a brand new song, and the title track off their forthcoming album “Stress Dreams.” Stress Dreams is due out on January 21 via Thirty Tigers.

“Stress Dreams” follows the releases of “Absence of Reason,” “Grow Together,”  and “Monument.“

“This Sounds like a quarantine song- and it truly became one – but was originally based on a recurring experience,” explains Mike Devol. “I’d have what I began to call stress dreams, in which I’d need to be somewhere, often on stage, but for reasons beyond my control, I was unable to do so: my bass was in my car, the backstage door was locked. Sometimes in the dreams, I would need to text, but my phone wouldn’t type. I’d wake up and just be so relieved to not have to deal with the annoyance of whatever inconvenience I was facing. The song took on a melodrama, though, that I was happy to amplify. My wife walked through the room at one point when I was writing the mandolin solo melody in the middle and literally said, ‘well, that’s dramatic.’ Works for me.”

“Not only did Devol write a lyrical epic story of a song, but created the music to match it.” says Anders Beck, “So often a writer hits one mark or another, but on this one, Devol got both” 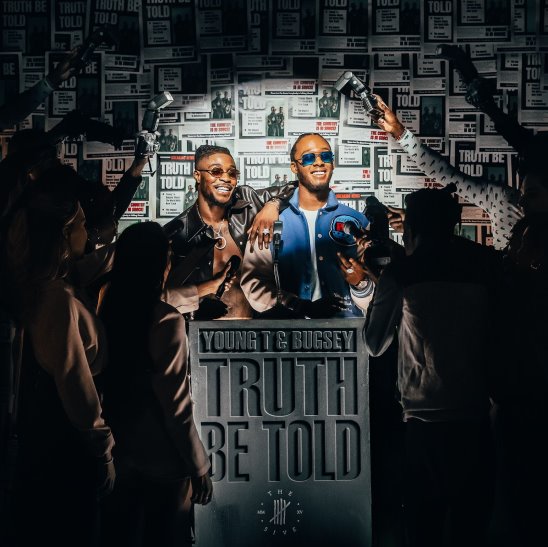 “Blessings” follows in the wake of November offering “Roberto C” featuring fellow rapper Unknown T.  The new single is fueled by a stripped back beat that the pair ride effortlessly, this time assisted by the enticing sounds of Jamaican singer and songwriter, Chronixx. Young T & Bugsey’s signature genre-infusing delivery, paired with Chronixx’s captivating vocals, couple up to create a track that flawlessly celebrates the pair’s African and Caribbean heritage. The new single lands with a poignant lyric video that sees touching memorabilia of Young T & Bugsey’s childhood and loved ones.

It comes just weeks before the release of Young T & Bugsey’s brand new mixtape ‘Truth Be Told’, set for release on Friday 21st January 2022 via Black Butter Records. The new project follows colossal debut Plead The 5th, which boasts over 1bn+ Global Streams and is home to some of the pair’s biggest singles to date. Featuring 2021 offering’s Big Bidness and Prada Bae, the tape includes 15 songs which all display the pair’s commitment to their sound knowing no bounds. It’s this musical dexterity that has earned them a stamp of approval across the UK and beyond, this time joining forces with some of the most exciting names in the UK and internationally. The pair flourish on songs that explore the complexities of relationships, reflections of how far they have come, whilst still fulfilling the need for a classic Young T & Bugsey hit.

“After the success of our debut project, Plead The 5th, with stand out Hits like Strike a Pose and the worldwide smash Don’t Rush, we knew we had to take our time with our follow up mixtape. ‘Truth Be Told’ continues the illustrious run of head jolting, dance floor prompting Young T & Bugsey music, with an added flair this time around and refreshing sense of musical and personal growth! We’re excited for fans to go on this journey with us.”   Young T & Bugsey says. 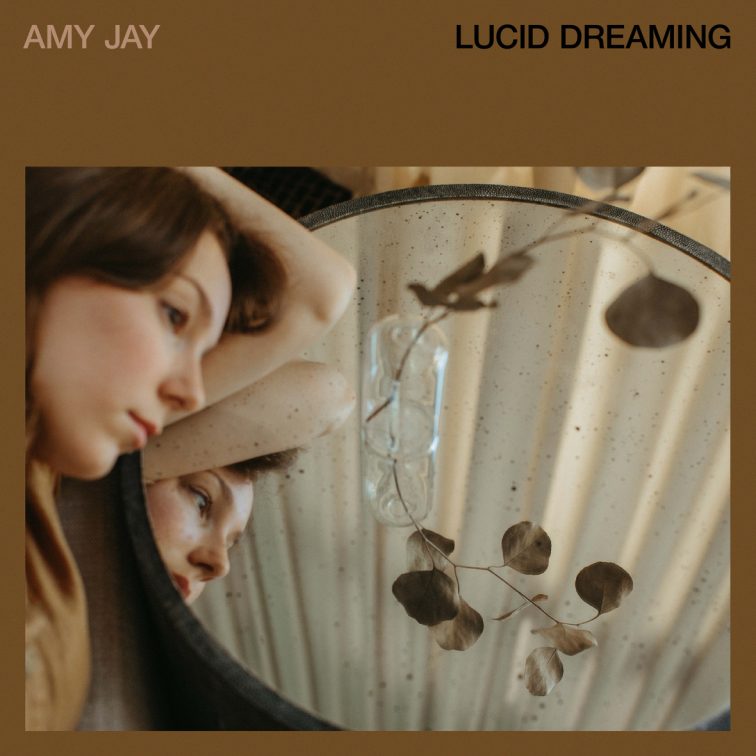 Awake Sleeper, the first full-length album by indie-folk artist Amy Jay was profoundly influenced by life in New York City. The new single, “Lucid Dreaming,” released today, was inspired by Jay’s time on the subway, observing those around her. LISTEN HERE.

“I somehow ended up in the front subway car on the A express train zooming down Manhattan on my way to work, and was mesmerized by the prisms that were forming out of the double-paned window of the train door,” she says. “As I was in some sort of hypnotic, half asleep, morning commute state, I also picked up the smells of sunscreen and cigarettes, which was probably someone on their way to the beach. But it brought me straight back to a specific, vivid just-like-yesterday memory of a childhood pool party in Miami Lakes where I grew up. Contrasting that past memory with the current state of my mind asking, ‘Am I really an adult?’ and, ‘What is truth, does it even exist?’ is what brought me to write this song. It was a strange train ride.”

Preceding their first album for over six years, GILMORE TRAIL today return with the graceful “Nocturne”; the final single to be cut from the upcoming ‘Impermanence’ LP (out 21 January, via Chasmata Records).

A world away from the tempestuous post-rock journeying of previous single “Echoes of Solitude”, “Nocturne” captures an altogether quieter, restrained and contemplative side of Gilmore Trail. A song for the midnight hours, it’s a calming and cathartic instrumental piece to still the mind and soothe the senses.

One of two interludes-of-sorts to be found on their upcoming ‘Impermanence’ album, it finds a natural partner in the track “Convalescence”, with both pieces intended to provide moments of respite amidst the Sturm und Drang of the album’s epic extended offerings. As the band explain:

“Where ‘Convalescence’ represents a much needed moment of healing, ‘Nocturne’ finds its character in the eye of a storm.” 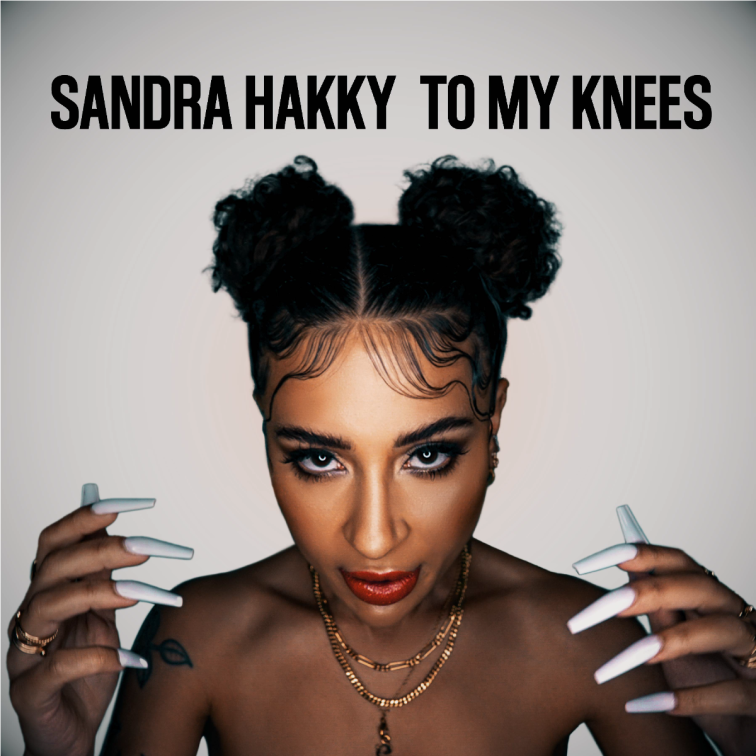 Sandra Hakky is a singer-songwriter, producer and IT nerd, who made her debut at 19 releasing her self-titled album in 2009.  Despite commercial success, Hakky took an extended break from the music industry to breathe, find herself, produce her second album herself and return as ‘Sandra Hakky 2.0’ with the deliciously soulful warm up single ‘Making Moves’.

Her follow up single, ‘To My Knees’, the second single from her forthcoming album ‘Hakky The System’, will be released on January 14. A catchy and evocative pop track with a stunning soul vocal, the sound is reminiscent of Madonna’s ‘Frozen’ with a large sound stage and a tight electro beat, and the track fits neatly alongside the sound of contemporary female pop artists like Ariana Grande and Dua Lipa.

Sandra Hakky uses the lyrics to reflect on her relationship with her conscience and running away with painful, taboo feelings. The lyrics are multi-layered, with the literal on top and a subtle, metaphorical layer underneath, and the writing process was a therapeutic experience for Sandra:

“My songwriting comes from somewhere special deep inside me. Somewhere with feelings that I wouldn’t know how to express if it weren’t for my lyrics and my music.” 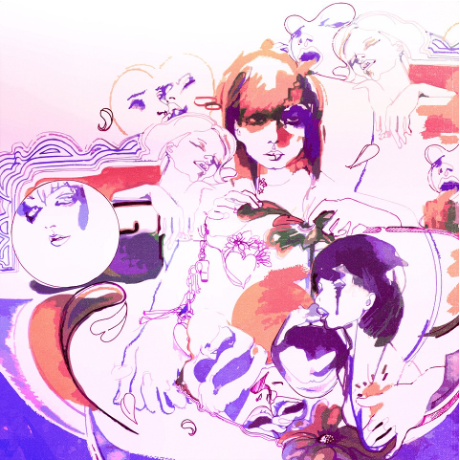 Iceland’s Heidrunna basks in lustrous iridescence with her latest dreamscape, ‘Erasing You’, out January 13th 2022.

With a palpable blend of euphoric eclecticism, Icelandic electro-pop riser Heidrunna invites you to immerse in the effervescent wonder of her forthcoming release, ‘Erasing You’. Effortlessly beguiling and oh so iridescent, this latest instalment is drenched in flurries of rousing inspiration amidst Heidrunna’s feverishly magnetic aura – a seductive transcendence you can’t help but succumb to.
A divine extraction, ‘Erasing You’ boasts a synth-driven canvas beneath a rapport of impossibly catchy ornaments. Hook-laden and embellished with sprinklings of utopian disposition, this alluring taste of Icelandic ear candy epitomises the recurrent lovelorn thread that runs throughout Heidrunna’s upcoming debut album, Melodramatic, set to release in early 2022.
“I wrote Erasing You while on a writing trip in Sweden” says Heidrunna. “Like a lot of my songs it’s about commitment and phobia.  The pull and tug of relationships – does he love me or not! The groundhog day and the emotions and tiredness of stopping and starting and deciding that maybe the only way to stop it is to erase everything about that person and never pick up the phone again.”

Onboard for production is Liam Howe, whose portfolio embraces the likes of Lana Del Rey, MARINA, FKA twigs and Ellie Goulding. With Melodramatic, he and Heidrunna have rewritten the guidebook, conjuring up the kind of impenetrably-authentic ‘80s backdrop that you’d be hard pushed to pick out in a line-up of the finest electronic albums of an era it presumably seeks to emulate and acknowledge in equal measure.

You can hear my latest single, “Miss Emotionless,” on all streaming platforms and watch the official lyric video on YouTube.

The inspiration for writing “Miss Emotionless“ came from knowing that sometimes I act differently than others in terms of showing my emotions, and I may come off as standoffish and unemotional.

People close to me sometimes want me to act a certain way and be more open with my feelings, but that doesn’t come naturally to me.

You don’t have to act how others want you to act if it’s something that is unnatural to you. It’s OK to be different, just accept it and be yourself.

I don’t have time to fake it till I make it. 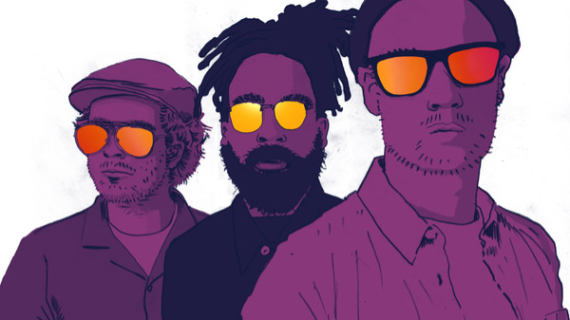 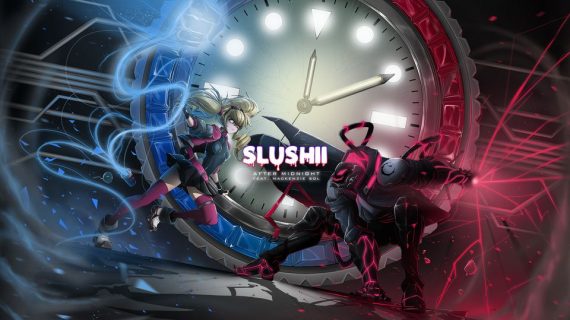