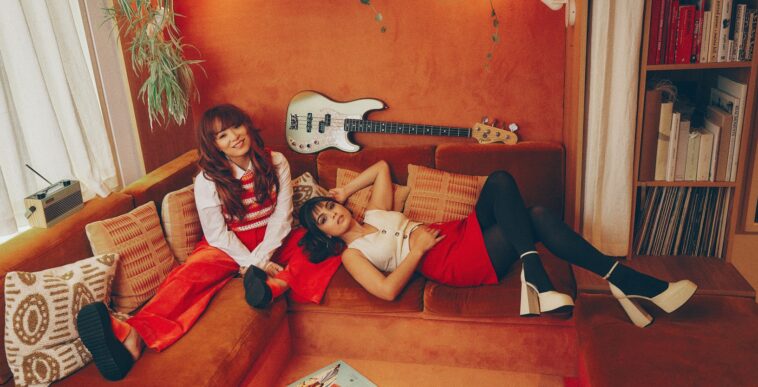 After several years in development together, it’s finally go-time for London based duo Sunset Olive as they share their vintage-tinged debut “Love Me More” – released independently via Tik Tok’s SoundOn platform.

Effortlessly fusing ‘70s funk vibes with a bold pop sound, “Love Me More” initially started off as just a bassline before eventually evolving into the fully-fledged entry into the world of Sunset Olive. Across a bed of groove-laden jams, captivating pop hooks and dexterous bass licks, the empowering “Love Me More” lyrics reveal the intimate and often tricky journey of discovering self-love after traumatic experiences.

Sunset Olive made the following statement about “Love Me More”: “In today’s society, it’s very easy for individuals to stop believing in their unique beauty – inside and out. This song is about finding genuine self-love and the importance of encouraging others around us to do the same and recognising the power that comes with being your authentic self. It’s personally taken us both a long time to get to this point, and so we wrote this song to hopefully help others around the world to find this self-love too when dancing and singing these lyrics out loud.”

Comprised of Jihea Oh and Fiaa Hamilton, Sunset Olive initially met during a fateful group assignment while studying music together at university, bonding over breakups and a mutual love of golden-age soul and funk music from the ‘60s and ‘70s. Joining musical forces and initially testing the waters by casually writing songs together to express their anguish, the two picked up on their natural artistic chemistry and decided to officially form as Sunset Olive.

With both members facing their own individual hardships during their personal and professional lives, Sunset Olive has become a vessel for Jihea and Fiaa to finally step out on their own terms, expressing their creative desires to the fullest whilst answering to nobody but themselves. Holding a core belief in cultural bridges and equal opportunities, Sunset Olive seek inspiration across all creative mediums including fashion, art, photography and film – developing a natural affinity with the Motown era to construct their own distinctive sound.

Describing themselves as a “two-member girl band striving for equality in music and culture”, Jihea was born and raised in South Korea before relocating to the UK aged sixteen. Learning the piano at age six, Jihea eventually discovered the bass guitar and fell in love with the instrument’s limitless capabilities. Ultimately developing an intricate understanding of the instrument, Jihea went on to become one of the industry’s most sought-after bass masters; Jihea has played for the likes of Griff, Labrinth, Ellie Goulding and Hillsong United across career-defining stages such as The Royal Albert Hall, London’s O2 Arena, Wembley Stadium, Red Rocks, Madison Square Garden and main stages of Coachella and Glastonbury Festival.

Meanwhile, Fiaa was raised in foster homes and found her life was constantly uprooted as she moved around different areas of the south of England. Determined to not let this get in the way of her music industry dreams, Fiaa secured a spot in a girl band, making a name for herself in the pop circuit with her massive, full-bodied vocals and wowing audiences of 35,000 people. Eventually stepping into songwriting with the likes of Rag’n’Bone Man, Fiaa made a lasting impression on pop fans during her appearance on BBC One’s Little Mix: The Search; inspired by her past, Fiaa also continues to raise awareness for vulnerable children.

“Love Me More” emerges as a future favourite for fans of pop-funk crossovers delivered by an exciting new name on the scene – plenty more is ready to come from the two uniquely talented women of Sunset Olive, with “Love Me More” feeling like the start of something very special.

Jihea and Fiaa, welcome to OLC! So tell me how did you meet and form the duo SUNSET OLIVE?

We met at uni, we were both put into the same group for our first assessment and instantly the kindness and patience was recognised in our working styles so we knew we were able to work together well. During the preparation of our assessment we both had some days of struggling emotionally and we spoke about it to each other and recognised that we were both going through a painful break up, we decided to start writing songs together to heal our hearts and one day on a drive listening to Motown music, we had a discussion that we should form a 2 member girl band – as we were talking about this the song ‘just the two of us’ came on and it was honestly a soul connection of friendship, healing, support and music and they are the feelings we want to give to our growing fanbase.

How did you come up with the group name SUNSET OLIVE?

It took us ages to choose a name. We had so many people give us ideas, we began to get confused lol. We represent a few things as humans and artists, but something else we are passionate about is equality and cultural bridges. Our music is full of shades of colour and we wanted this vision to transfer into our name and brand. Jihea is always wearing olive green, it’s her favourite colour, everything she has is olive green and Fiaa loves Sunset bright colours… that’s Sunset Olive!

Were you both influenced by the same artists growing up?

We both started playing music at church so we came from a similar background musically, but the main genre that we both fully immersed ourselves in was soul. Fiaa grew up listening to Motown and Jihea loves RnB but in the first stages of our music career we found ourselves working on pop projects, so we have merged our skills and passions musically together to create our sound.

You’ve both worked with some incredible artists, who was your favourite artist to work with?

Fiaa’s is Rag’n’Bone Man, a true friend and mentor who means a lot to her and someone who truly developed Fiaa’s first stages as a music artist. For Jihea, Ellie Goulding’s tour was one of the biggest moments of her life, Ellie’s musical director contacted Jihea at a time when she felt lost in her music career and gave her the opportunity of a lifetime. Ellie was kind, beautiful, and empowering as a woman; she has other female crew on the tour bus and it was such a beautiful dynamic. Jihea is also very grateful to Hillsong United which was a later music journey that arose for her.

Who is an artist you’d love to work with and why?

Silk Sonic and Beyoncé!! These are the 3 artists that have completely inspired our band visually, musically and emotionally, from the Motown inspired hooks, the empowerment throughout the vocals and their skills in performing! We actually saw

Silk Sonic in Vegas this year and the talent is insane; we would love to write with them and our dream would be to support Beyoncé on a tour! OH HEY B!

Let’s talk about your single ‘Love Me More’, what’s it about and what inspired it?

Our single Love Me More is about finding self-love! We wrote this song when both of us began to stop trying to be loved by those that didn’t emotionally want to be with us and instead we started loving ourselves. Love is a hard thing when it goes wrong and you begin to think there is something wrong with you, but it’s when you reflect you realize the only problem is you putting yourself down, so you begin to act out of insecurity and lose fragments of yourself! Love Me More is about finding that love and most importantly finding new love within yourself after you have struggled.

Do you have any more songs in the works or even an EP on the way that you can tell us about?

We do! We spent the last year not even announcing and just writing! We wanted the songs to be true to who we are and helpful to whoever listens to them – we will be rolling out an EP from early next year which features Love Me More!!

Are you planning on doing some live shows and if so where can people catch you?

Absolutely, our strengths are in performing, the stage is our home! Early next year we will hit the live scene, so keep an eye on our social media to find out where and when, it will be an absolute show!!

What’s the most memorable place you’ve performed at and what made it special to you?

For Jihea she has performed everywhere! Main stage Glastonbury, main stage Coachella, Madison Square Garden, Wembley and soo many more, but Red Rocks was a highlight as the setting was beautiful. For Fiaa she supported Will Smith at Livewire Festival and seeing 35,000 people enjoying her music meant everything to her.

What do you hope people take away from SUNSET OLIVE’s music?

Happiness, equality, empowerment and healing, we want to teach our fanbase that they are important and can find these key things to have the best life!! 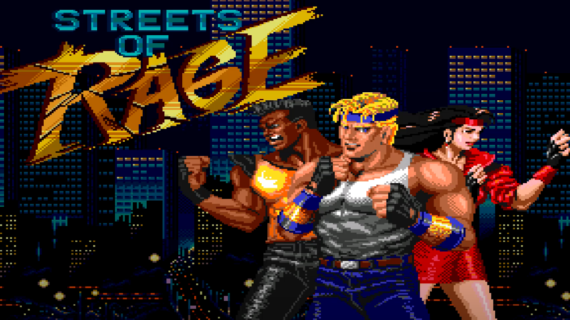 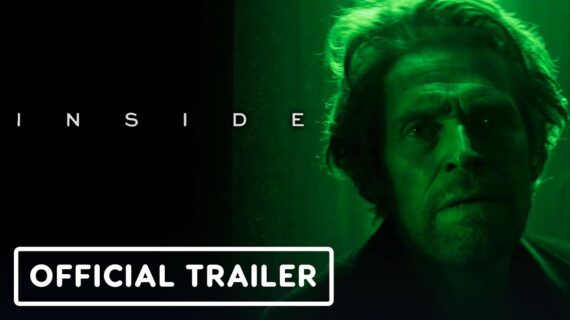