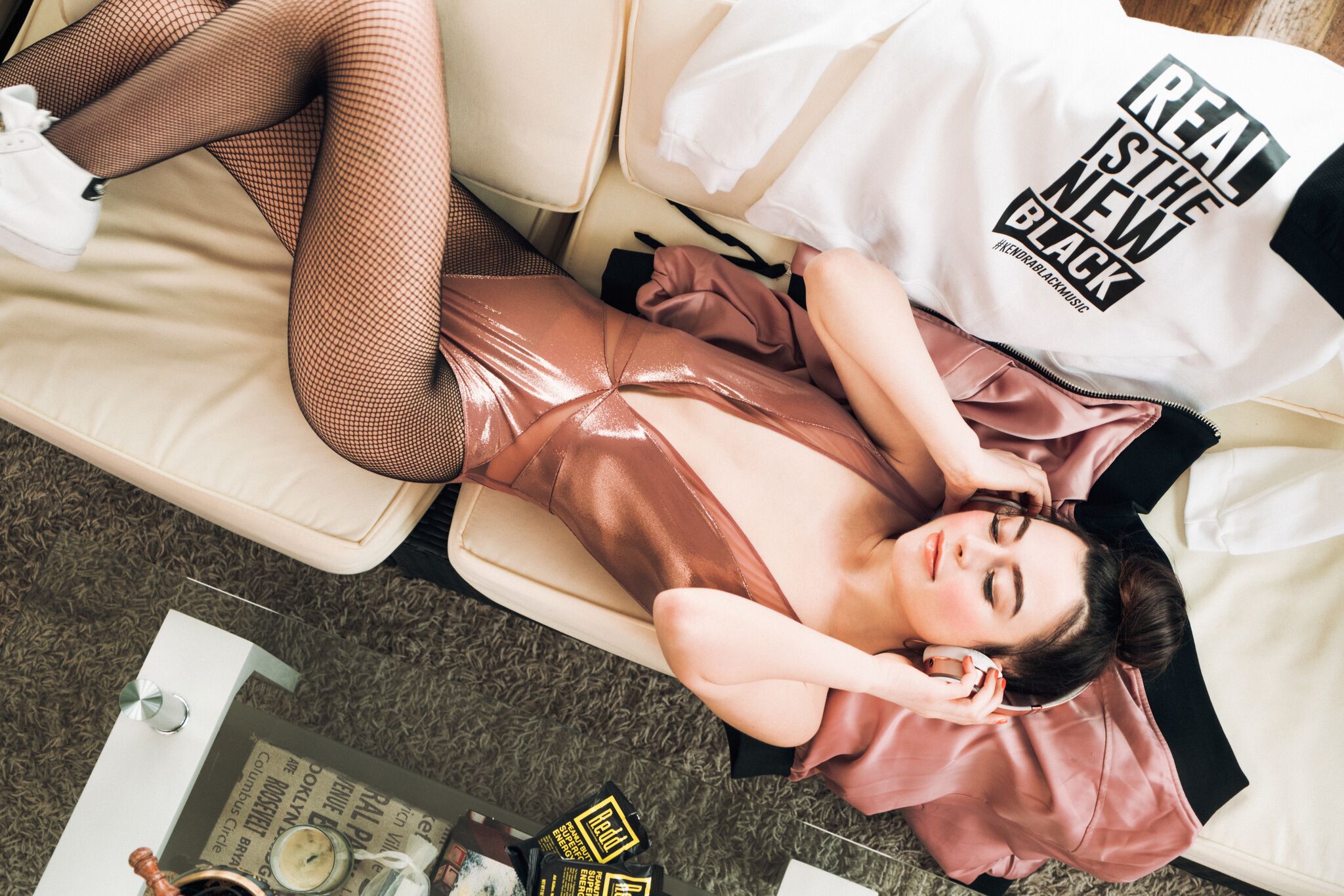 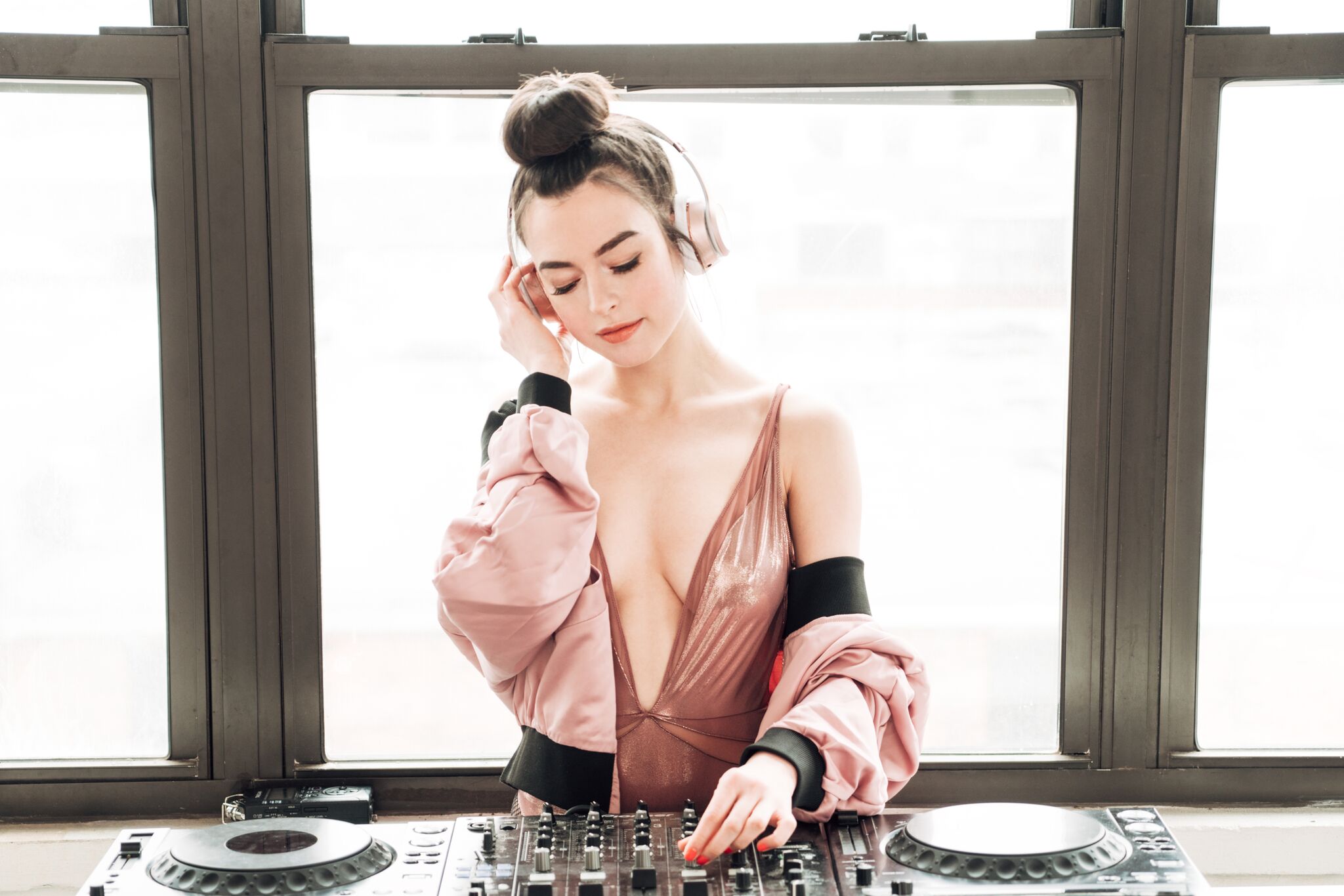 Introducing emerging NYC based artist, Kendra Black. Originally from Sicily, Kendra has performed on stages all over the world including in France, Monte-Carlo, Italy, Egypt, the Caribbean, and the US. In December Kendra released her debut EP which was a huge success, entitled “The Edge”. It contained two massive hits including “Air Pack Jet”, and “Rude” which featured rapper Snoop Dogg. The video premiered exclusively on thisisthelatest.com, who proclaimed “Kendra Black is sure to be one of the hottest and most talked about in the coming months.” That statement couldn’t be anymore closer to the truth, because in May Kendra dropped her newest single “Dangerless”, which showcased Kendra’s ability to diversify into different sounds proving she’s a juggernaut with a supreme arsenal of talent.

Now this rising star is working on a new EP, and once again she’s incorporating a variation of genre’s including EDM and dance music. I got the chance to talk to the talented songstress, on all things music….

1.) For your fans, tell us a bit about yourself?

I’m a NYC based singer, I perform locally and internationally and I’m currently recording a new album ‘The Fire’ releasing mid November. My team and I are also putting together a release show in NYC around that time, which I will soon be announcing on social media.

I also design my own line of sportswear, the KB Sports apparel, available for sale at all of my shows, and on my website kendrablackmusic.com

2.) How did your passion for music begin?

I’ve been singing since I was about 5. I fell in love with music by listening to my dad play the guitar when I was a kid. It’s also thanks to him that I decided to pursue this career, as he always encouraged me and supported me.

3.) Who was your biggest inspiration or influence growing up?

I always looked up to artists like Amy Winehouse, Black Eyed Peas, as well as rappers like Akon and Snoop Dogg – Fergie and Amy Winehouse really inspired me to experiment more with my voice and learn to play with power and dynamics, while Snoop got me hooked on rap and hip-hop.

4.) Your single “Rude” has become a smash hit, how did that song come about? And what was it like working with Snoop Dogg?

I recorded the track in L.A with music producers Mike Gonsolin and Nick Nittoli, who also helped me get Snoop on the track. He’s always been one of the rappers I look up to the most so I’m really proud that I had the opportunity to work with him and I consider it one of the biggest achievements in my music career so far.

5.) You have a new album on the way, what can your fans expect from it?

While my latest EP, featuring Snoop was very pop oriented, this new album merges songwriting elements with a more edm/ trap genre. I’m really excited about how well the record is coming along and I can’t wait to hear my fans reactions to it.

6.) What song on the album resonates with you the most and why?

Both ‘Storm’ and ‘Set me free’ are the tracks that I resonate with the most… I’m in a time of my life where a lot of changes are occurring, and both songs are about breaking free from the past and moving into new beginnings.

7.) If you had a chance to work with anyone in the industry, past or present who would it be and why?

I would love to work with The Weeknd in the future, and I think that both of our styles would merge really well together both from a vocal standpoint and beat production.

8.) What has been the highlight of your career so far?

My collaboration with Snoop Dogg has definitely been one of my biggest achievements so far! It really was a turning point for me, together with teaming up with Trend Def for the release of my latest album ‘The Edge’.

9.) What do your friends and family think of your current stardom?

I consider myself lucky to be surrounded by very supportive people in my life. My dad and my dearest friends are always there for me when I need support, and they also help me spread the word about my music.

10.) What are the most challenging things you’ve found being a recording artist?

Consistently being on top of the game and pushing new releases on a regular basis is definitely a challenge, but a very good one. It is so important as a singer and recording artist to keep the hustle going, and keep the procrastination to a minimum.

11.) What artists, albums or songs are you currently listening to?

Right now I listen to a lot of edm, pop and rap. Some of my favorite artists at this time are Hayden James, Dreezy, and Famous Dex.

12.) If you were to give someone advice on how to break into the recording industry, what would you say?

Don’t stop believing in yourself and your capacities, and most importantly, if you’re trying to make it big, never allow yourself to stop growing and be satisfied with where you’re at, because the moment you do, will be the moment you will stop moving forward in your career.

13.) Do you ever get nervous performing live? And if so how do you overcome it?

I usually get nervous right before going on stage, but once I get on I find myself just enjoying the moment and all fears suddenly vanish.

14.) What’s next on the agenda for Kendra Black?

I’m planning to promote ‘The Fire’ on all music platforms and more, and will also be partnering with some of my favorite videographers to shoot the music videos for the main tracks of the album. I will also be having numerous press releases and interview over the next few weeks leading up to the release. 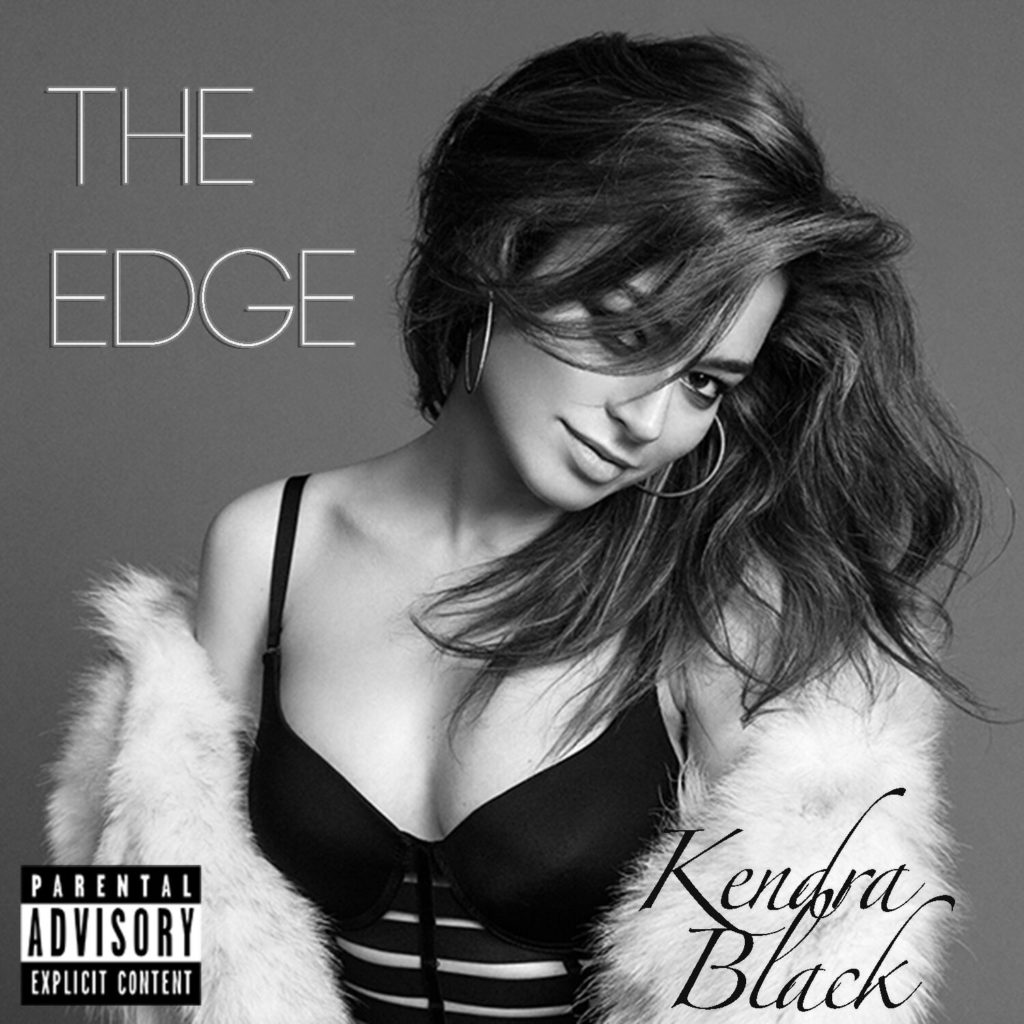 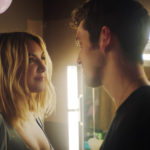 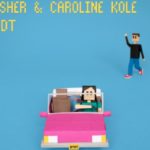