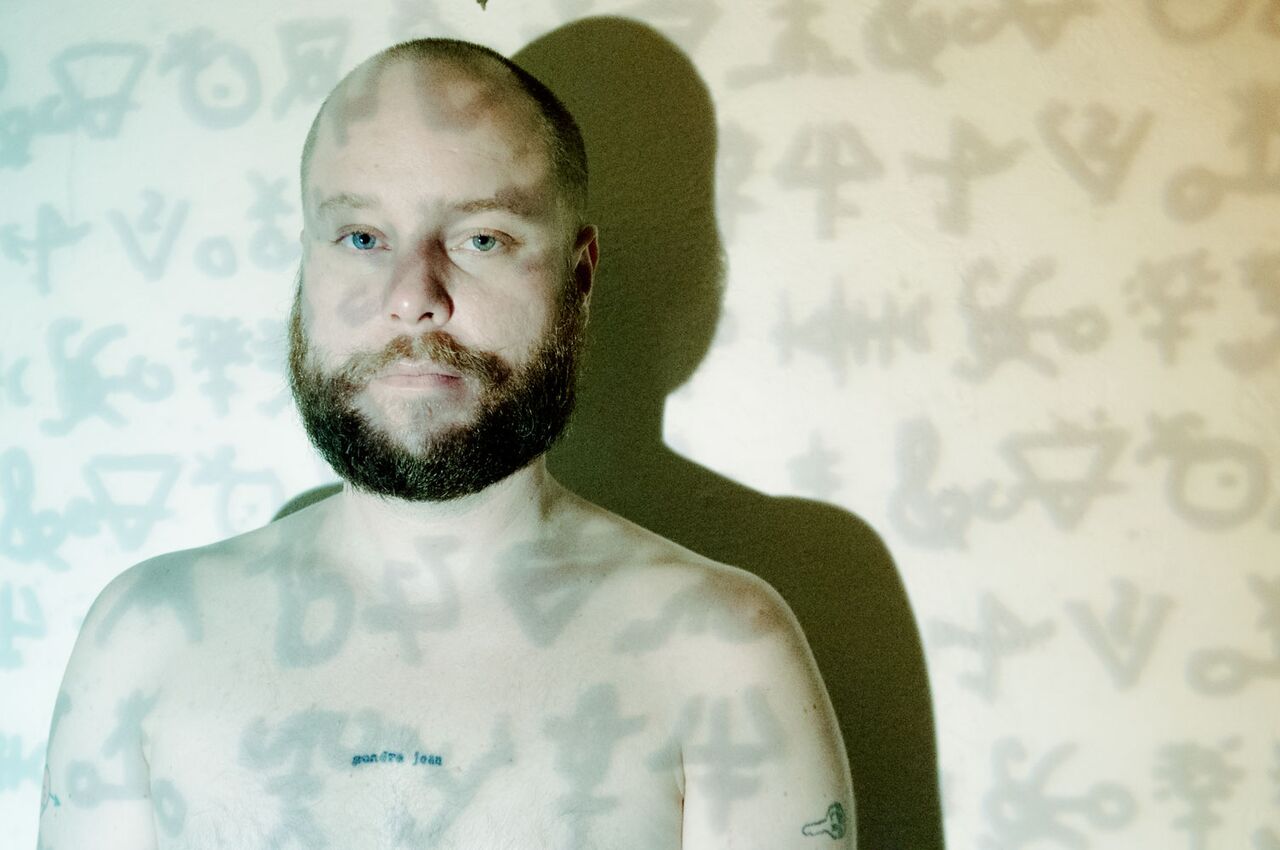 Queer composer/songwriter Derek Schmidt creates his most most ambitious work yet, the electronic dreampop project Major Arcana, slated for release in 2019. The album contains 22 original tracks, and draws inspiration from the symbolism of all 22 trump cards in the tarot deck. Schmidt explores each card’s specific meaning through unique and enchanting electronic compositions, while also weaving together personal lyrics.

Derek Schmidt is a queer composer and songwriter that has been working and performing in the Bay Area in solo performance and as leader and writer of three different bands over 15 years: folk band All My Pretty Ones, queer electronic band Adonisaurus, and Oakland electronic band Partyline. He has produced over 8 albums of work over many genres and has been a featured composer on independent film and performance art projects, including the feature length film Home And How To Break It. I got the opportunity to talk to this artistic mind, about his new album and so much more; 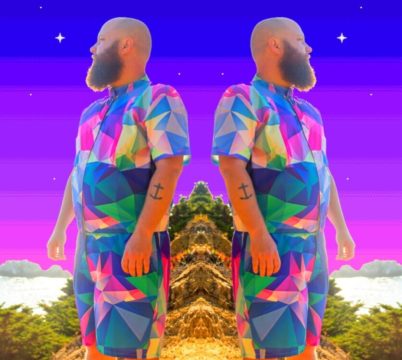 Hi Derek welcome to OLC! For all our followers tell me a bit about yourself?

Hello! I’m a songwriter and composer living in San Francisco with my partner and 2 cats. I often play in a lot of bands, doing the writing, arranging, and production, and I like to write scores for performance, video games, online content, movies, etc.

How did you start writing and composing music? Where there any artists that influenced your sound?

It was the first thing I did on the piano when I was a little kid. Before I got my parents to pay for lessons, I would have my older sister play teacher/student with me and she would “teach” me what she was learning. My older brother would ask me to play certain phrases I had been playing and I knew that I just loved to make music. I then got really into writing- poetry, fiction, and nonfiction- and it didn’t occur to me till after university graduation that I could write text to go with my music. That began a series of more conventional songwriting in a pop style, but I always wanted to push my music further into unexplored territory for myself. I’m really inspired by minimalist composers like Terry Riley, and I love the spare sounds of Arvo Pärt. I also really love opera in general and would love to innovate modern takes in that genre.

Tell me about your new album “Major Arcana”, and is there any particular meaning behind the title?

Yes, it’s a direct reference to the content: a song for each trump card of the tarot deck, from 0 The Fool to 21 The World or Universe. I compose music with synths and ukulele and add lyrics that try to capture the symbolism of each card, as well as their personal impact on my life.

Where do you draw your inspiration from to write your songs?

For a while, it felt like I was most inspired by friends. I would write about a certain conversation, or a friend that moved away. I really love larger philosophical topics and getting really abstract tackling this subject matter. But I also draw inspiration from pop music, especially the joy and intensity of such a simple structure. I also find a lot of inspiration in my queer community in SF, full of performance art like drag, and really ecstatic experiences of liberation. I love that path, and I love that so many people are getting into alternative spirituality like paganism and the occult. These obviously play a large part in my subject matter and it’s almost like I want to write spiritual hymns for the modern age, where people don’t feel restricted by Christianity as the only way of experiencing the profound. We need it!

The first single off your new album is called “The Moon”, what’s the meaning behind this track?

The Moon was the first card song I wrote for the whole cycle. I was inspired by the meaning of the card, which usually involves ideas around intuition, illusion, and a general mystery. To me the moon is an ever present set of symbols like all of the cards that capture some aspect of the human condition. It’s a playful card but it can be bewildering, and I loved writing a song about that mystery. It was like a meditation.

Any plans for a video to accompany the single?

I’m working with a great video artist Mason Buck for video art for live performances, where we collaborate by trying to capture some of the symbolism of the cards. Buck does this through abstract geometric repeated patterns, found footage, and psychedelic details to provide an immersive experience. We’re working on releasing the songs with those videos in mind, maybe with more elaboration.

What went into the writing and recording process of the album?

The writing was at a wonderfully leisure pace for six years, while I worked on other projects. It was a personal work that I set up for myself to keep writing and thinking about the tarot. Each card is like a meditation on some symbolism: love, friendship, transformation, etc. and I got to slowly construct songs that captured that. I use samples in a sense like ritual magic, where they represent larger aspects I’m trying to capture, the sound of a star from the NASA website, an incantation from a wizard in a movie, and so on. I recorded drafts at my home studio, but was able to re-record vocals more professionally due to a grant I received from the SF Arts Commission.

I had read that you’ve composed music for various film projects, was composing music in various forms of art something you always wanted to do?

Yes, I love capturing the right mood for visual art, and I like working with directors to support their vision. To me, it’s less personal and I can let go of my own angsty ego to just push myself to get the sound the director wants. I never had too many artists or musicians in my family, so for a long time I didn’t take my music making seriously, but I’ve since realized that it’s always something I’ve done and given me the most joy, the most sense of self-expression. So however I can do that, I’ll be happy!

What would you say has been the most challenging part of your career?

Well in this day and age, artists and musicians are required to be good business people as well, especially since everyone is trying to figure out how to keep making money in the age of streaming music. That’s been challenging to me because I’m more introverted, and I find “the hustle” to be a distracting detriment to my creativity. There has to be an acceptance of how things are, but I also remain frustrated by the limitations of trying to have a career in the music industry.

Are there any artists currently that you would love to work with?

I’ll always work with Björk in whatever genre she feels like, that’s for sure. I love anyone pushing the sounds of pop music to further limits. I’d also love to compose music for dance performance and there’s a lot of dance companies in SF to try that out.

Can your fans expect a tour for the album?

I’ll be playing shows more in the summer as I finish up my first semester of grad school in composition. I’m such a homebody and I love making the music over all other aspects, including performing, so you probably won’t ever catch me living on the road playing every little venue along the way. This project is about stepping outside of that, of wanting to create something experiential and involving more active listening. So I’ll be looking into booking more art spaces like galleries, warehouses, museums. Anywhere that takes you out of just seeing a show at a bar.

What’s on the agenda for the rest of the year?

I just started grad school at Cal State East Bay, and I’m so excited and nervous to develop my composition skills and open up new creative territory for my work. But at the same time, I really want to get Major Arcana out there, so I’ll be setting up shows when I can, and trying to get as many people listening to the work as possible. 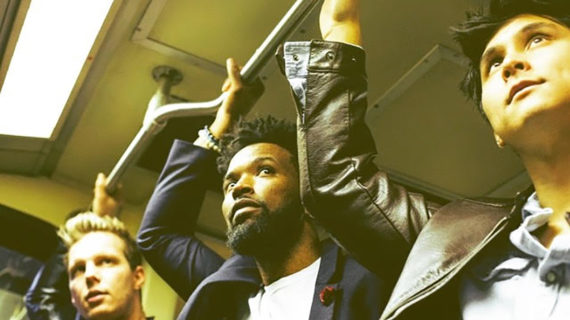 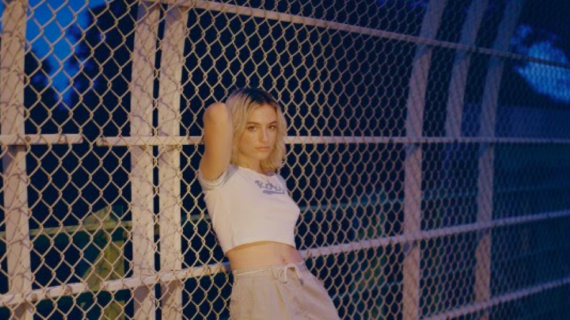