Singer and multi-instrumentalist Michael Blum has dropped a blazing new single called “Taking You Back.” The single marks the artist’s transition from his successful career in jazz to the electro-pop world. “Taking You Back” fuses Blum’s songwriting and multi-instrumental skills with electronic production, creating a new sound unlike anything heard from him before. Produced by Jason Strong and co-written by singer Naïka Richard, “Taking You Back” tells the story of the early stages of a relationship, during which everything is new, fresh and exciting. Blum drew inspiration from his 6-year relationship with his girlfriend.

Raised in a musical family in Great Neck, NY, Blum has always challenged himself to step out of his comfort zone in music. Blum says, “Jazz allowed me to safely express myself without words. Now, I’m writing music that speaks directly to the most vulnerable aspects of my own life: sex, relationships, anxiety, depression. It’s scary and exciting.”

Learning to play guitar at the age of 9, Blum didn’t realize his potential as a musician until he attended Dartmouth College and began studying with Berklee College of Music Professor Emeritus,Jim Stinnett. He honed his guitar playing skills in the orchestra pits at Dartmouth as well as at the New London Barn Playhouse, paving the way for his successful career in music.

With a bright future ahead of him, I got the chance to catch up with this budding artist and learn more about a singer who’s breaking out into the music world in a big way;

1. Hi, Michael welcome to OLC! I can see you’ve been busy making music? Tell me about the latest single “Taking You Back”?

Thank you so much, and yes, I’ve been keeping very busy these days! “Taking You Back” is the lead single from my new solo project. It represents the beginning of a new chapter in my life, and it’s a brand new sound for me. Honestly, I was just as afraid as I was excited to release it because it’s so different from what I’ve released in the past. But so far, the reception has been really wonderful and people have seemed to love the track, so I’m feeling great about it.

2. What is the meaning behind the song and what inspired you to write it?

My girlfriend, Rebecca, and I have been together for 6 years now! It’s incredible to have someone in your life who’s been with you through so much and still supports you unconditionally. But, after 6 years, it’s easy to take each other for granted. So “Taking You Back” is a wish to “go back” to the beginning of a relationship, when everything is fresh and exciting, and you constantly have that “butterflies in the stomach” feeling.

3. How important is it to you to write music based on your own experiences? Do you find it easier to tell a story when it’s your own?

That’s a great question. I find that when I write music based on my own experiences, the music has a feeling of authenticity and realness that is impossible to fake. It’s hard to describe—it’s sort of like a secret extra ingredient that you can’t quantify, but only feel.

That said, when writing with and for other people, I often have to write about stories I’ve never actually lived. But in my experience, as long as you can write emphatically, and relate to the emotion of what you’re writing, the song will feel and sound authentic.

4. How did you transition from the genre of Jazz to Electro-pop, was there anyone that influenced this for you?

Well, I believe my musical journey so far has continually pushed the limits of my comfort zone. At first, I learned to express myself just with my guitar, which felt very safe and comfortable. When I started singing in public and on recordings, that was scary too. Then I started writing my own songs in sort of a folky pop/jazz genre. This music—this new project—is me coming out of my shell. I’m making music that boldly shares the most intimate details of my life. So I don’t think it was one person in particular—this music was always natural to me. It’s just now that I’ve been ready to share it.

5. You worked with Jason Strong and Naika Richard on the single, how did that come about and tell me about the process that went into creating the track?

Yeah! Jason, Naïka and I wrote “Taking You Back” in just a few hours on a Sunday back in November. My manager, Evan Griffith, set up a writing session with the three of us. That session was actually the first time we all met, but we were totally on the same wavelength creatively. Jason and Naïka are an amazing team and so easy to get along with.

I came in that day with a keyboard riff that was stuck in my head—which turned out to be the chord progression—and the idea for the concept of the song. Once we had written the song, I recorded the vocal tracks, and Naïka recorded some background vocals. I remember leaving that session on a high—I knew we had created something really special.

After that, Jason and I got together a few more times for some tweaks, and the track was done!

6. Can we expect any more new tracks or even maybe an EP?

Yes! I’ve got lots more music coming out this year. Currently, we’ve got 7 more songs written that will be released later this year, either on an EP or a full album. We’re in the process of producing these songs and getting them ready for release. Also, I’m writing all the time, so stay tuned for lots of new music!

7. How about a music video to accompany “Taking You Back”?

Yes, I’m hoping to have a music video out in May or June!

8. What does the rest of the year hold for Michael Blum?

Well, my girlfriend and I are moving to LA in May, which is extremely exciting. I’ve already been spending a lot of my time there, so I’m thrilled that we’ll be there together soon. I also recently signed with Fire Tower Entertainment, which I’m stoked about. So I’m feeling really good about what’s to come. “Taking You Back” is just the first of many singles coming this year, so stay tuned! 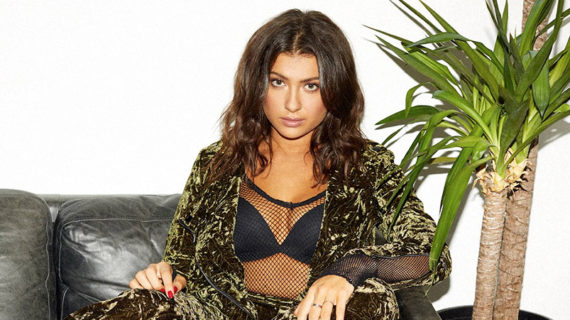 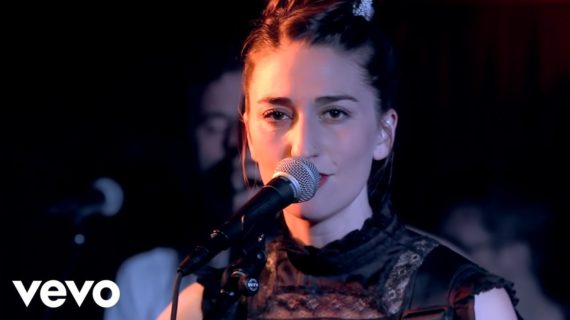