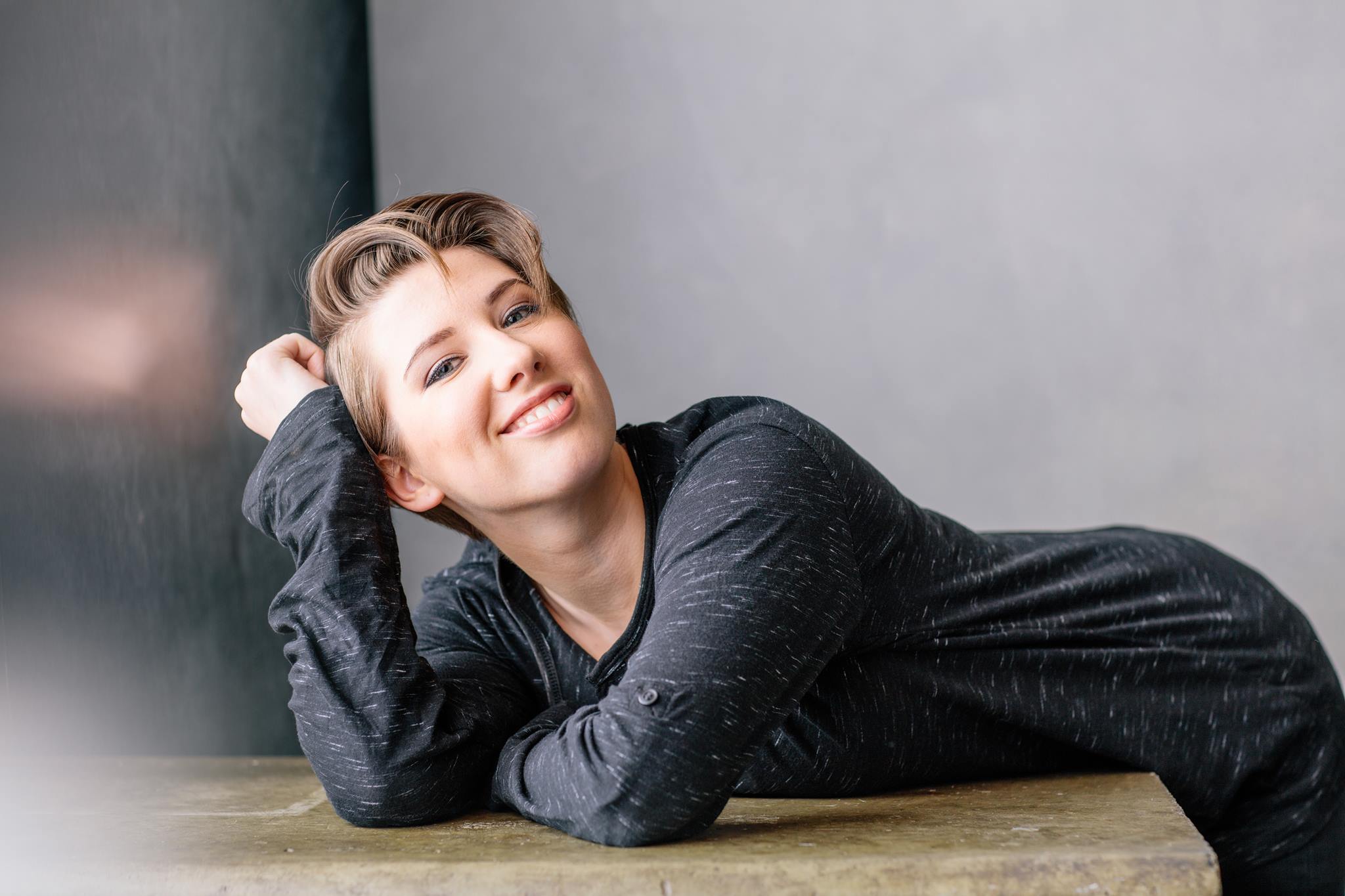 Michelle Creber has a dedicated, enthusiastic and highly supportive fanbase who have organically grown her social accounts with a combined total of over 75,000 followers (Twitter, YouTube, Facebook & Instagram) as well as over 3-million views on her own YouTube channel plus over 40 million views of her songs and performances on other artists’ channels. As a voice actor, Michelle is known around the world as the speaking/singing voice of “Apple Bloom” and the singing voice for “Sweetie Belle” on My Little Pony Friendship Is Magic. Other notable voiceover credits include “Lucy” in Peanuts (Warner Bros); “Alice” in Martha Speaks (PBS Kids); and “Wendy” in The New Adventures of Peter Pan (Discovery Family).

As a session singer, Michelle has recorded vocals on the soundtracks for many TV shows and movies. Lead singing features include the theme song for NBCs Nina’s World; several songs during nine seasons of the hit animated series My Little Pony Friendship Is Magic (Discovery Family); multiple songs on Nintendo’s popular franchise Yo-Kai Watch; singing for Alice on Martha Speaks (PBS); Hasbro albums Songs of Ponyville, It’s A Pony Kind of Christmas and Songs of Harmony; an onscreen feature performance for the Hallmark movie Smart Cookies; and a soundtrack duet with Billy Joel for the movie Just the Way You Are. 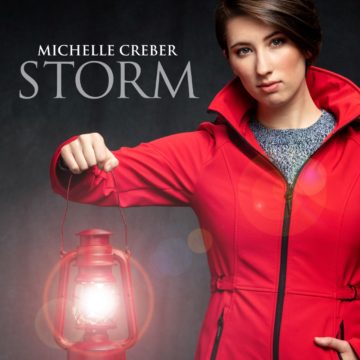 Hi Michelle, how are you? Welcome to OLC! So I have to ask how did this all begin for you? How did you start working as a voice actor?

Hey there! Thanks for having me! Well, it was a very natural progression. I was born into an extremely musical family and was therefore fully immersed in the arts from day one. As soon as I could talk, I wanted to sing and as soon as I could walk, I wanted to dance. We have a full professional studio in our basement in my childhood home and even though I had to sit on a very tall stool to reach the mic at that time, I loved being in there. When I was 4, an opportunity came up to voice one of the singing animals in a kids series and of course, I was super keen. After that, I got an agent, booked more and more gigs and that was that!

You obviously had some opportunities to use your singing talents on various projects, but was pursuing music full time always the plan?

My plan always was and still is to never narrow in on one thing. I am a big believer in keeping your options open in the entertainment industry and having as many tools in your tool belt as you can manage. Singing has always crossed over into voice acting, voice acting is always carving new paths in Film & TV, Film & TV often requires dance experience and good dancing requires solid musicality. It’s sort of an endless cycle and although in recent years I have been actively pursuing a solo singer-songwriter career, I don’t like to look at it as choosing one thing over the other.

You’ve starred on screen as well in shows like Strange Empire (CBC/Netflix) and guest starring roles on Supernatural (CW), do you prefer on screen acting compared to voice? I can imagine voice acting would be quite challenging at times?

It’s really hard to compare the two because they are incredibly different in my mind. In Film & TV you get more time to connect with your character and work with the people around you, but in voice acting you have to build the whole environment in your head, for every scene. I guess it could be slightly more challenging in that it can require more imagination. I would say they both have their ups and downs!

You’ve also got a huge following on your social media, how important do you think social media plays in the entertainment industry nowadays?

It plays a large part I think, which can be a great thing but also a very unfair thing. I’ve seen situations where, for example, the less qualified writer has been hired for a series because they had a following on social media where as the more qualified writer wasn’t on any platforms. I think social media is great for connecting people and getting to communicate with others around the world you wouldn’t otherwise be able to communicate with, but it is also not the only marker of success in any industry, including entertainment.

You have a brand new single out called “Storm”, what can you tell me about it and what inspired it?

Yes! Storm has been in the making for a while now and is very special to me. There have been many demos, many alternate versions, lots of car-ride listens, and I am very excited that it is finally out in the world! It wasn’t inspired by one specific person, more just a specific feeling that I think we have all experienced in some way or another. When you finally walk away from a friendship or relationship that’s been causing emotional strife, it’s completely liberating. Storm is about that initial feeling of freedom – when you have decided enough is enough, and it’s time to stand up for yourself.

The music video for “Storm” has also been released, can you tell me the story behind it?

The concept behind the Storm music video was fairly straight forward. I have always felt that the song had a bit of a retro vibe, and wanted the music video to reflect that. I hired an amazing team of videographers “Gibbons Creative” for Storm who have access to endless cool retro things. The car, the old phone, the reel to reel, the type-writer, the records etc etc, all their gear! I’m very pleased with how it turned out and feel like the 60s ish theme came across nicely!

Can we expect to see an album or more music to follow? And if so is there anything you can tell us about?

Definitely! Storm the single is the title track off my new album STORM coming out May 1st, 2020! Here’s my brief description of the project: “Storm will include 10 original songs and is really an album about self-reflection, perseverance and accepting, but ultimately letting go of the negatives in our lives. For me, a storm can represent each human emotion in a different form. Whether it be anger, sadness, joy, despair, love, regret, frustration or confusion, a storm is powerful and cannot be controlled. However, those who fight to find inner strength, peace, and happiness, learn to wait out the weather until it settles. They learn to find humour in the imperfections and even start to appreciate every storm that life throws at them. After all, the best time to appreciate a sunny day is after a lot of rain!” Storm, like all my music, is available on all the major platforms including Apple Music and Spotify.

Any plans to hit the road, I did hear you may possibly be thinking of going down under to Australia? Being Australian myself, have you ever been there? Or anything you’d like to experience or see over there?

Yes! After the Storm album comes out in May, I will be doing a substantial amount of travelling. Mostly I will be performing across the States and Canada but potentially going to Australia in the fall as well! I have been to Australia before and absolutely LOVED it. My family and I did a road trip along the Great Ocean Road the last time I was working there. We started in Melbourne and went all the way to Adelaide, one of the best trips ever.

What does the rest of 2020 hold for Michelle Creber?

Mainly prep work in the next couple months as the release date for Storm the album draws nearer, then travelling like I mentioned above. Aside from that I have an exciting new Film & TV project that will start shooting soon and then some voice over things as usual. Lots of work but also hopefully lots of balance! Having fun and spending time with the people we care about should never drop too far on the priority list! 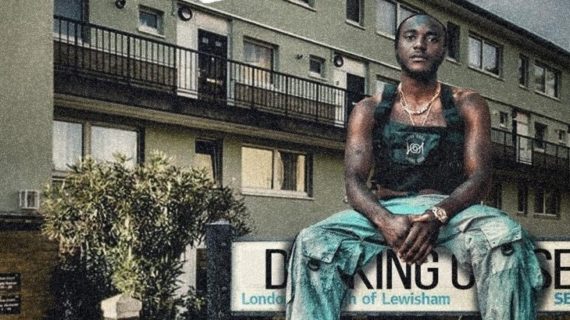 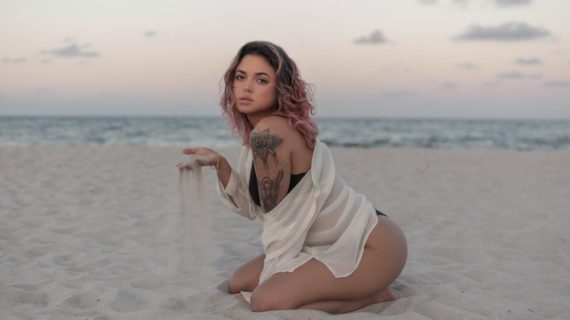