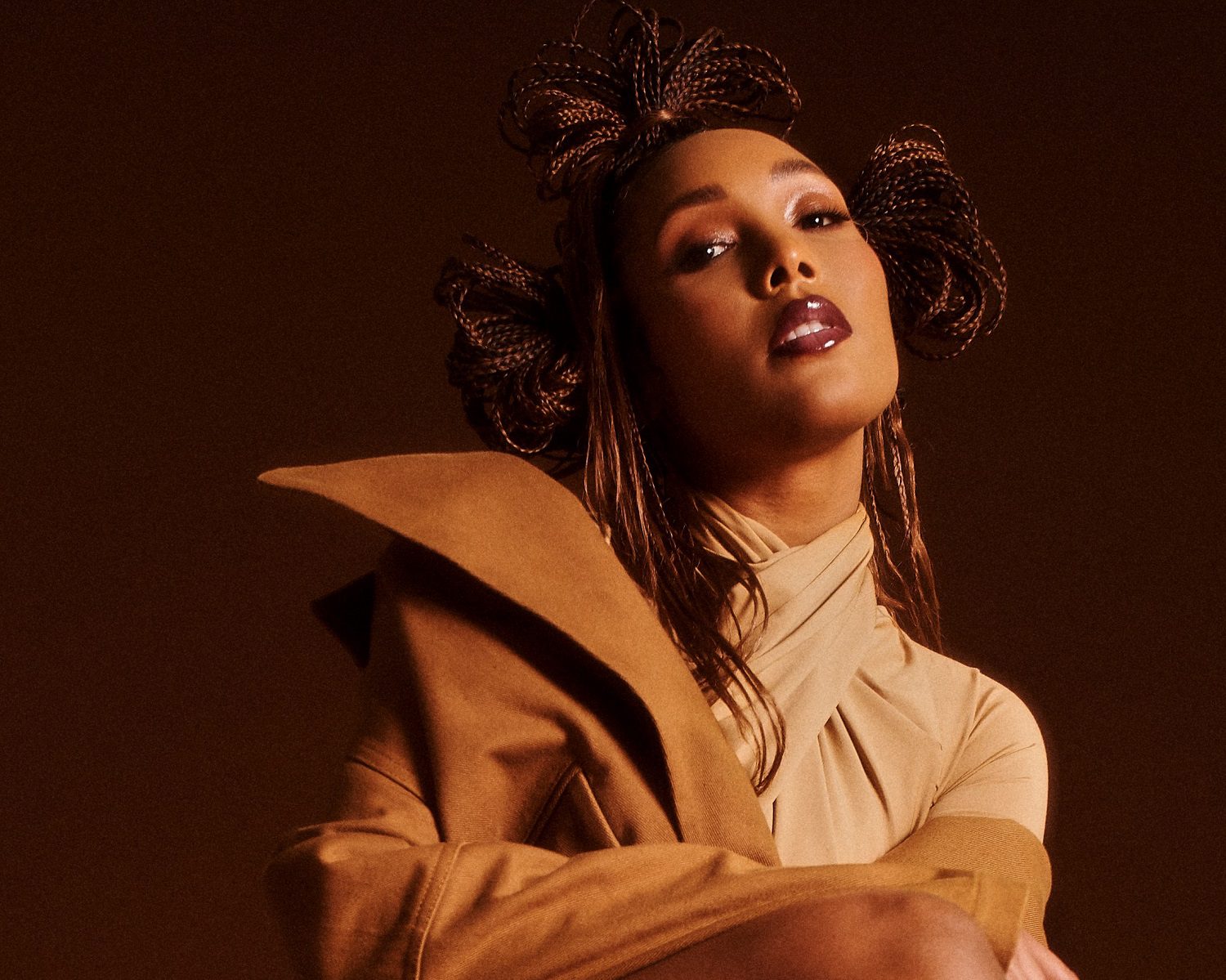 After setting the stage with a series of critical

presents her new EP Before We Go today.

Get it HERE via Epic Records.

HEART.” Right out of the gate, it amassed over 2 million-plus streams and counting.

Attracting praise, NPR described it as “70s nostalgia at its finest, with a stank-face inducing

bassline,” and demanded, “Stop playing with our fragile hearts and drop that album!”

Meanwhile, YouKnowIGotSoul raved, “‘Don’t Play With My Heart’ is another record that

brings us back to the era of great singing and live production,” and Rated R&B wrote, “the

glimmering track is dipped in equal amounts of funk and soul, giving a slight nod to the

and “NOT TOO DEEP” [feat. 6lack], Before We Go boasts two new tracks. “Superfine”

nodding beat uplifted by guitar. Then, there’s “To Change My Mind.” Her dynamic vocals

entwine with ethereal production before another hypnotic hook takes hold. The EP

ultimately illuminates every facet of her scorching signature sound.

Check out the full tracklisting below.

America. It stops in Brooklyn tomorrow night, rolls through major cities in the Midwest, and

comes to a close with a hometown gig in Los Angeles on December 2. Check out the

Experience Before We Go and more to come from India Shawn very soon. 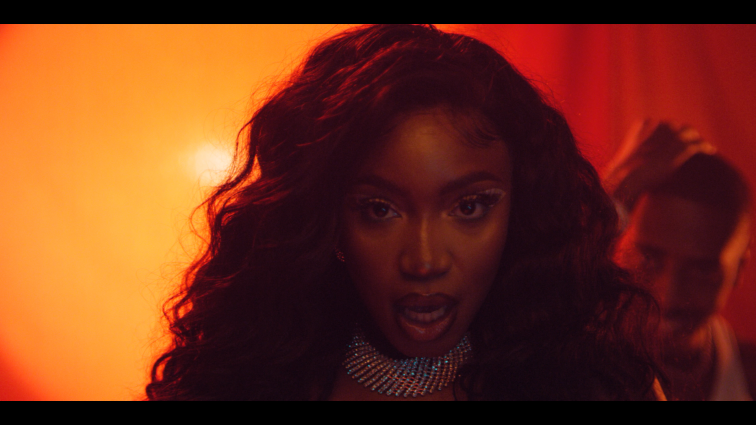 Johannesburg: Singer and songwriter Frya has released her smash hit B.D.E following her success with Netflix’s Blood & Water Season 2 soundtrack. The 27 year-old singer has worked with celebrated producer Mr Kamera on the single, whose music video is also breathtaking. Her forthcoming album Balance is now available for pre-order. STREAM/DOWNLOAD: FRYA – B.D.E  “BDE is a song I created for myself and other women to feel empowered about what they want and to be bold enough to say it. I want the song to be a powerful statement for everyone who hears it. I want it to be a record people play when they need to feel empowered, when they’re about to shoot their shot. I just want people to feel free to be fully themselves and I hope this record helps them with that. Working on this record with Mr Kamera was so much fun. He’s such an incredible producer, he gets my voice and knows exactly how to capture that African sound and fuse it with dancehall.” MUSIC VIDEO: FRYA – B.D.E 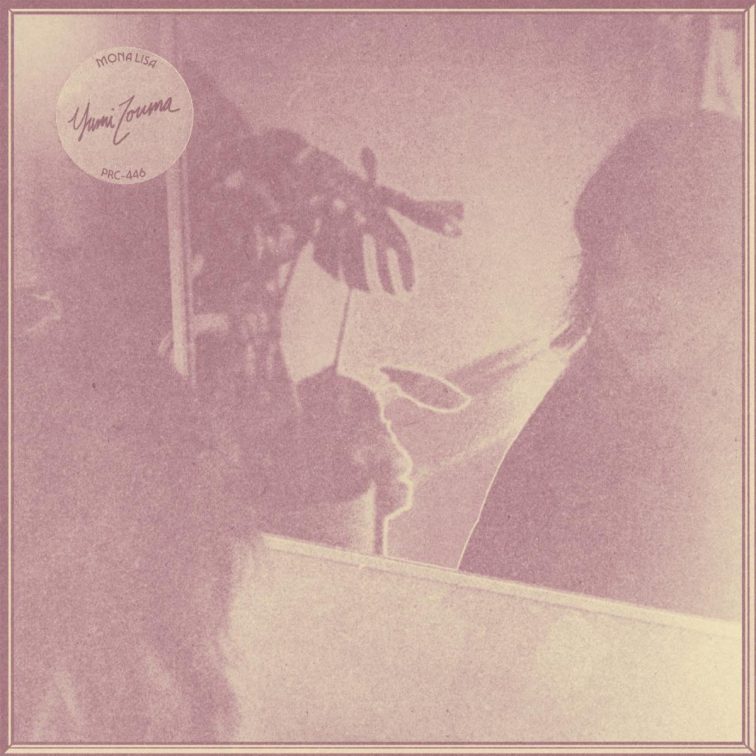 New Zealand’s alternative pop quartet Yumi Zouma shares their second single of the year. The instantly memorable “Mona Lisa” is boisterously deceptive as candied melodies and ethereal production cloaks a lyrical darkness and triumphant brass-filled conclusion. The song, mixed by Kenny Gilmore (Weyes Blood, Ariel Pink, Julia Holter) is available on all DSPs and is accompanied by a self-directed music video filmed in Lyttleton, New Zealand – a stone’s throw south of the band’s hometown of Christchurch.

The video stars lead singer Christie Simpson as the sole protagonist and illustrates the jubilation, claustrophobia, and mayhem of her months in lockdown in both the UK and New Zealand, having just moved back to her home country after making the fortuitous decision to pack her bags for London in the week prior to the outbreak of COVID-19. We see Simpson move into an apartment, make it her own, and lose her mind in the span of 3 minutes and 33 seconds. The entire video takes place in a single room, purpose-built by the band to match the single artwork for the song.

“’Mona Lisa’ came to us gradually over a long period of time – so its story has changed and shifted, developing new relevance with each new phase of our lives,” says singer/keyboardist Christie Simpson. “It’s a song that ruminates on conflicting, shifting uncertainty – of wanting someone that maybe you can’t have – of uncertain boundaries, of confusing interactions, misunderstanding, yearning. Trying to forget an obsession – or shifting between losing all hope and giving in to the obsession – lured back by the excitement and promise – the moments of feeling so alive. The terror and joy of a big crush.

And so we wanted the video to feel like a mirror to all those emotions along the passage of time – except in isolation. A year stuck inside (as we have been), alone with the big feelings, the big highs, and the low lows – dancing around your bedroom, losing it a little bit. Moving in, making it yours, moving out again. The strange phase we’ve been existing in, trying to thrive in (occasionally succeeding, but often not). The joy, the sadness, the conflict, the chaos – without ever really leaving your bedroom.”

South Korean Rapper, Singer-Songwriter, and Record Producer, B.I, releases his first solo half album, COSMOS, today. He has also released a music video for title track COSMOS, which has skyrocketed to over 1 million views in just a few hours. Having participated in all the writing and composing throughout this album, B.I states “COSMOS, the title of this half album, is the name of a flower but it also means “universe.” I have always liked the word “unchanged” more than the word “forever,” because I once believed that things didn’t last forever.” He elaborates; “Your love, which is impossible to put into words, was what kept me alive even during the hard times. So now I want to love you forever. What is your cosmos? You are my cosmos.” 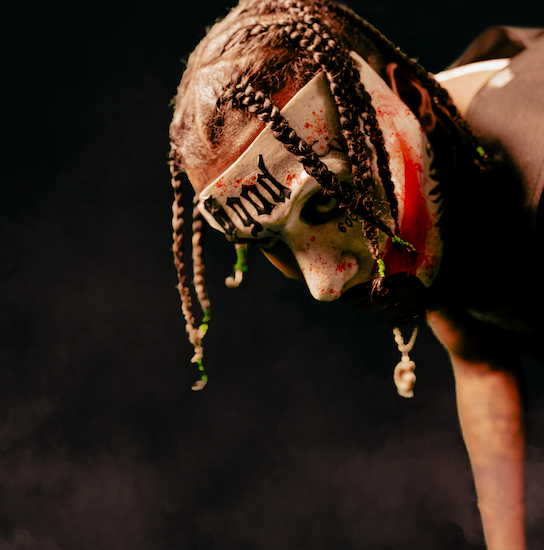 Block 6’s Ghostface600 is back with the release of his mixtape ‘600SZN 2’ – proving once again he is a force to be reckoned with in the UK rap wave industry.

Ghostface600 also presents brand new visuals for ‘Pray 2 The East’ as featured on the mixtape. Following the latest video “Clyde” we see Ghostface600 in a new territory, patrolling round the streets of Marrakech. The visuals feature the classic cold white visor, which has now been remodelled – as seen in the unveiling of his late-April track ‘Paper Planes’.

‘Pray 2 The East’ intros with a guitar solo which is apparent throughout the entire track. The beat sustains the signature darkness of drill, whilst maintaining the appeal that the melodic trap scene desires. The creative visuals fall into place with his lyrics, which detail his gruesome life experiences, letting us know why him and his crew are not the same as his peers.

The mixtape includes 14 tracks, including popular releases ‘Paper Planes’ and ‘Real Demons’, as well as revealing some unheard beats of the rising drill star. The Lewisham artist recently hit over 1 million views on both singles ‘Fast Life’ and ‘Shmokey’ on YouTube alone, as well as a feature on ‘GRM Top Tier’ a playlist selected by GRM Daily, certifying only the biggest of bangers in the UK scene.

The project will be released by the rapper from Catford, South East London’s own label, which started in 2020 by Nlock 6. The 600 empire music label is an independent label dedicated to creating a base for all Drill artists. Ghostface600’s persistent work ethic and genuine vibe is what sets him apart from his rap peers – his blend of entrepreneurship and creativity will drive his global climb.

The project is part of a sequel to the London rapper’s 2019 mixtape and is set to be a hit. With previous success from “600szn”, where we saw Ghostface600 reflect on his life challenges. These tracks have seen Ghostface600 increase in magnitude, setting a new tone and position for the London native rapper. Ghostface600 keeps it real with his bare, unfiltered street talk – the UK scene is not ready for what is to come.

The project keeps to a written formula – with the majority of the 14 tracks listed with a melancholy beat, glazed with icy electronics. The unknown tracks on the mixtape include ‘Baphomet’ which took great inspiration from the US rap scene, putting his own British spin on the song. 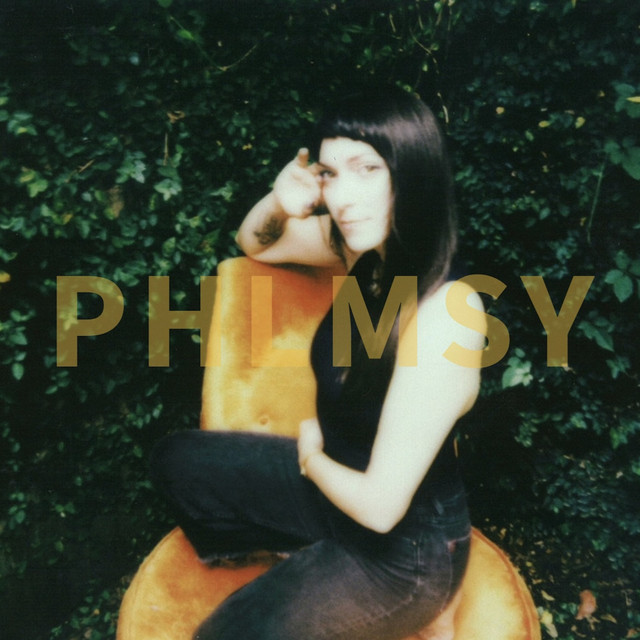 The enchanting new collaboration between New Orleans singer-songwriter Julie Odell and Philadelphia psych-pop crew Grubby Little Hands — which they’ve titled PHLMSY after their cities’ respective airport codes PHL-MSY, and their dreamy debut single, “Apocalypse Makeout Tape,”  with their accompanying self-titled EP due out tomorrow via Side Hustle Records. Through Julie’s shimmering vocals, soft & airy guitar strums, and lulling heartbeat of the drum, the track creates an effortlessly effervescent sound that transports the listener to an ethereal realm. After the past two tumultuous years we’ve all had, “Apocalypse Makeout Tape” is the perfect not-so-traditional love song to soothe the nerves. The song is a wave of calm and contrasts the lyrics that describe inescapable doom. It’s a brutally honest love song at its core, since it demonstrates that love acts as a force for connection and peace, even if the world around you is ending. 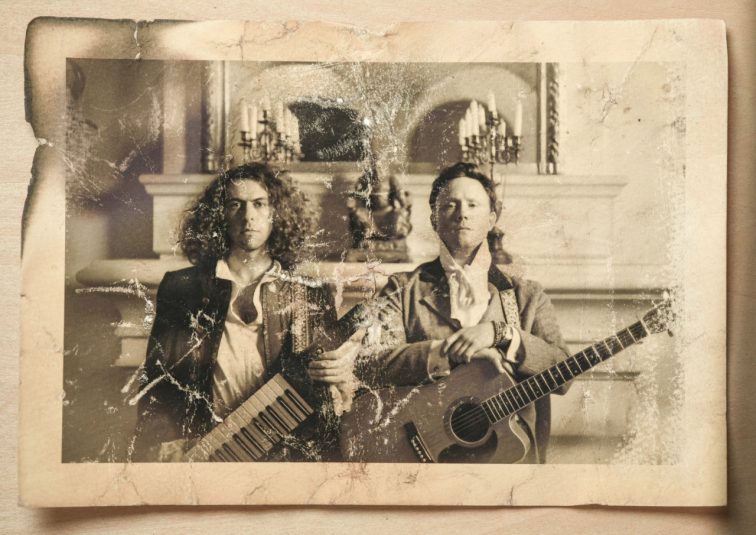 Through the original worlds that their music explores, LAIKIPIA has developed a distinct sound, combining a unique blend of harmony driven storytelling, hypnotizing dance floor beats, and melody rich instrumentals.

LAIKIPIA is a transatlantic electronic music duo made up of Xander Rawlins and Taylor Harrison. Xander is a UK born singer-songwriter and producer who writes from the heart, inspired by his travels and experiences. During his time as a Captain in the Grenadier Guards he appeared in the BAFTA Award winning series “Our War”, which followed his time as a Platoon Commander in Afghanistan. Taylor is a LA-native artist/producer and multi-instrumentalist; inspired by his love of fantasy and science fiction, his sound paints pathways to other worlds.

Together, the duo dedicate their time to explore different ways in which stories can be told. Constantly blending acoustic, electronic and vocal elements to build a soundscape that acts almost visually. “The characters, environments, colours and stories that have become our music videos and artwork have all come from the recording process,” Xander confides, sharing, “I was doing an excellent job of losing my mind in Los Angeles, isolated and disjointed from reality. LAIKIPIA made sense of the insanity and created a beautiful place to focus my creative energy. I was desperate to build something, and the camaraderie and focus that came from working with Tay was a life saver.” 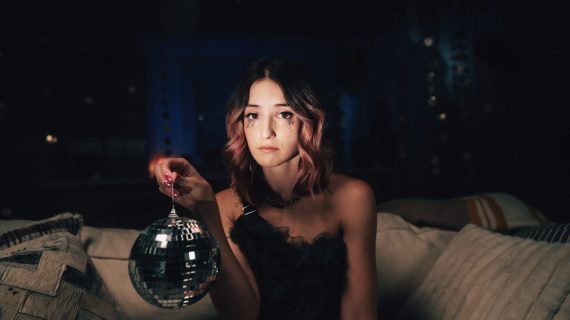 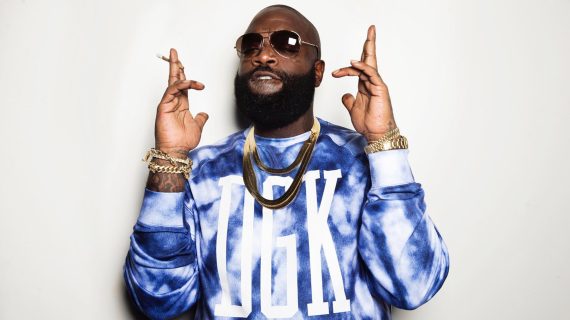