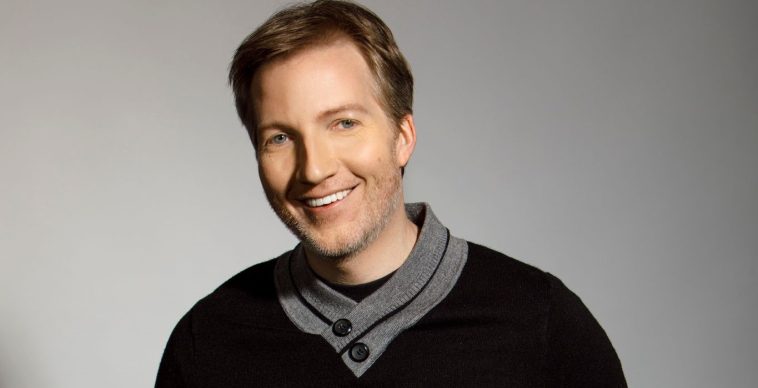 South Carolina native Kevin L. Johnson (Atlanta based) can be seen across both television and film, but he is best known for his role as ‘Sam Dermody’ in Netflix’s hit series “Ozark” starring Jason Bateman and Laura Linney. What originally started as a two-episode role in season one, led instead to Johnson portraying ‘Sam‘ each additional season, including the fourth and final which premiered January 21st. He will also be soon seen as ‘Eric’ in Netlflix’s “Florida Man,” executive produced by Bateman and will guest star in the hit cult show “Stranger Things.”

Johnson’s expansive resume includes roles in numerous television series and films. His television credits include Cinemax’s “Banshee,” CBS’ “Reckless,” MTV’s “Finding Carter,” FOX’s “The Resident,” OWN’s “Greenleaf” and OWN’s “If Loving You Is Wrong.” His additional film credits include “Prisoners” opposite Jake Gyllenhaal, “Careful What You Wish For” opposite Nick Jonas, “American Animals” opposite Evan Peters and “Blue Ridge” opposite Johnathon Schaech.

When not on set, Kevin can be found at Crossfit, exploring Atlanta hot spots or at acting class at the Alliance Theater. He also enjoys being immersed in his craft watching films and his favorite television shows such as “Succession” and “Billions.” Family and friends mean the world to the actor, and he hopes to be in a position one day to pay it forward to them. He would also like to help organizations he supports including Red Nose Day, Hellen Keller INTL, ActBlue and Black Lives Matter.

Johnson fell in love with acting while attending Clemson University. As an assignment for his newly declared English major, Kevin was required to see “A Funny Thing Happened on the Way to the Forum.” The grand production impacted him so greatly that he registered for acting classes the next day for the following semester. After he had a bit of formal acting training that helped the self-proclaimed introvert break out of his shell, Johnson had the confidence to audition for his first role at Clemson. While the audition didn’t result in a part, Kevin became a part of the tech crew, furthering his knowledge of production.

Before long Johnson won the lead role as ‘Sam,’ the pickle maker seeking a love match in “Crossing Delancey” at Clemson Little Theatre, before starring as ‘Oswald’ in a Shakespeare in the Park production of “King Lear.” Additional theatre credits include the lead role of ‘Willy Wonka’ in “Charlie and the Chocolate Factory” at Easley Foothills Playhouse, ‘Bardolph’ in “Henry V” at Brooks Theater at Clemson University and ‘Wally’ in “1940’s Radio Hour” at Clemson Little Theatre. Kevin also discovered that he could sing while attending auditions during college. Although his mother had been a country singer, Johnson hadn’t tested his own voice until he checked out a cast recording of “Urinetown” from the library to prepare for an audition.

Kevin graduated from Clemson University with a degree in English and a minor in advertising before landing an agent. He then began booking roles in commercials, including the North Carolina State Lottery and Burger King, and numerous short films. Johnson landed his first television role on the hit series “One Tree Hill,” an audition he almost didn’t attend. He then went on to book his first film role in “My Redneck Roots” and his first lead role in the film “Destiny Road.”

Hi Kevin, pleasure to have you here at OLC! So tell me how did you get into acting? Was there anyone that inspired this for you?

Thanks for having me! I was kind of a late bloomer. I got into acting in college. I considered myself an introvert. So, I tried out for a play to get out of my shell and I just fell in love with it. I wouldn’t say one particular person inspired me to get into acting. It was more about wanting to do something that would take me out of my comfort zone.

I would say I was discovered by sending my headshot and resume to different agencies in the southeast after I graduated college. Unfortunately, no fancy story about an agent, manager, or producer discovering me in a restaurant or anything lol.

So for aspiring actors out there what advice can you give them to get their big break? Where do you begin, and what kind of things do you have to do to get noticed?

For any aspiring actors wanting to get into the business, make sure to work at your craft. Take classes, workshops, get good headshots that represent you well, do good quality short films, and build the beginning of your resume. When you are searching for an agent, you never know what kind of clients they are going to be wanting to sign. If one agency doesn’t want you, then look to the next one. After you find your agency, it’s a numbers game. Audition, audition, audition. If casting likes you then they will keep bringing you back for new projects. I always go back to what Bryan Cranston said, “You’re not going to an audition to get a job. You’re going there to present what you do.” Making that mental switch is key. So, keep pushing!

Let’s talk ‘Ozark’, everyone talks non-stop about it, how did you get the role of Sam Dermody?

“Ozark” has been such a blast to be a part of! I got the role of Sam Dermody by my southeast agent submitting me to Feldstein/Paris casting for a taped audition here in Atlanta. After I sent in my tape, I felt really good about it. I found out that they were going to go with someone older. I was like, “I’ve been told ‘no’ before. This isn’t my first rodeo.” Out of the blue one day, my manager calls me and says, “Hey buddy! They want to book you for Ozark!” You never know what’s going to happen. Always be open to surprises in this business!

How did you prepare for the role?

I just wanted to make sure that Sam was grounded in truth. My acting teacher, Lon Bumgarner, is a huge proponent of personal objectives. So, without getting into the minutia of my technique, I always made sure that whatever “thing” Sam wanted, felt, needed in each scene was coming from a sense of truth.

You worked with some incredible actors including Jason Bateman, Laura Linney just to name a few, what was it like working with such incredible talent like that?

Jason and Laura are amazing! Most of my stuff, early on, was with Laura. Being in scenes with her was a masterclass in acting. The only way I can describe it is that she absolutely just owns that space when she’s in it. You never see the acting with Laura and that’s such a beautiful and incredible thing. JB was great! We didn’t get a ton of scenes together, but it was fun when we did! It was quite a sight to behold when he was directing an episode and acting in a scene with me at the same time. He is definitely an actor’s director. He knows what he wants but lets you play within the sandbox. I think he’s going to be directing for quite some time. He loves it.

Did you all become friends on set? I imagine it would be like any workplace when you’ve worked closely with each other for so long bonds just form?

Oh yeah! A lot of us stay in contact. We were definitely a big family and it’s going to be weird not seeing them all on set again. But in this business it’s never “Goodbye.” it’s “I’ll see you around.”

What has been your most memorable moment from being on the show?

I’ve had quite a few but the one that still sticks with me is the scene in season 1, where I confront Marty and Wendy about my money. You get to see a different side to Sam in that scene. I was getting to go toe to toe with Jason and Laura and holding my own. I’ll always remember the line, “Give me my fucking money…please.” Hahaha. I couldn’t help but put “please” at the end because I was talking to Jason Bateman and Laura Linney.

You’ve done both movies and TV, what do you prefer? And what do you find less challenging?

Right now in my career, I have to go with tv. I’m looking forward to getting to sink my teeth into a role in a film though. I would say both tv and film are challenging. However, it was a good challenge to play Sam each season. Yes, he is affable, trusting, and a little naive. Just like people in real life, as we get older and learn new life experiences, we grow as humans. It was a nice challenge, each season, to show that growth, without changing the essence of Sam.

Who’s someone you’d love to work within the acting world or even work with again….and why?

There are so many actors I would love to work with but I’m going to have to go with Jessica Chastain. Ever since I saw her in Take Shelter, I have been a huge fan. She is such a powerhouse of a performer and she is also a really great humanitarian. It would be amazing to get to act opposite her one day 🙂

What show are you currently watching that has you hooked?

I’m watching so many great shows. I’m going to go with Yellowstone. I was late to the game but that show is amazing! I binge-watched all the seasons and am totally ready for the next season!

What future or upcoming roles do you have on the cards? Anything you can tell us about?

I just finished working on the show “Florida Man” recently. No premiere date yet but that’ll be on Netflix soon. I also worked on “Stranger Things” off and on for the last year or so. Season 4 will be coming out this Summer. I just wrapped on a really cool project that will be coming out later this year. I can’t say anything about it right now though. Stay tuned though 😉 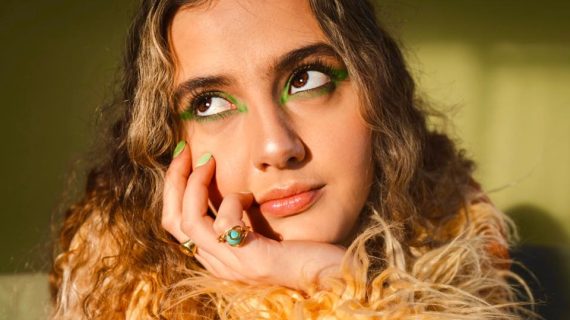 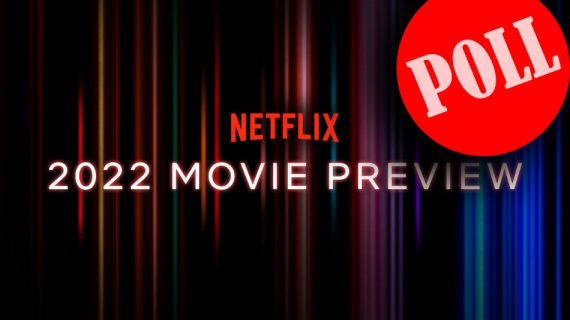