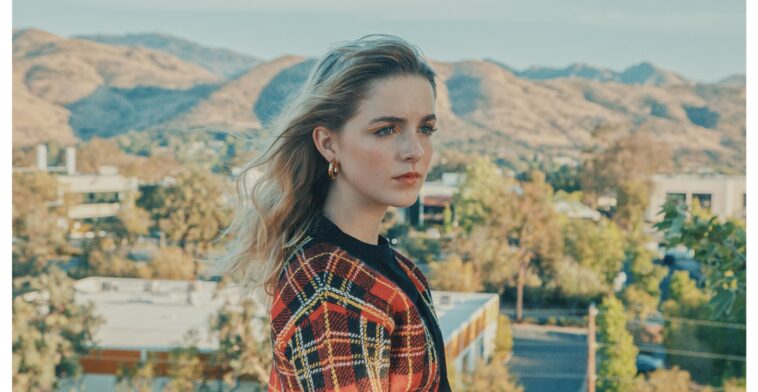 At just 16-years-old, Mckenna Grace has mastered the art of crafting the kind of boldly confessional pop songs that reflect our own lives back at us. A truly magnetic creative force, the Texas-born artist has spent the last year dreaming up a body of work that spotlights her crystalline vocals and introspective songwriting—all while pushing forward with a widely celebrated acting career that includes starring in Ghostbusters: Afterlife and landing a 2021 Emmy nomination for her role on The Handmaid’s Tale. In 2022, she starred in the acclaimed Netflix series The Haunting of Hill House, “For me writing songs is like therapy,” says Mckenna, a multi-instrumentalist who’s self-taught on ukulele, piano, and guitar. “The Notes app on my phone has hundreds of snippets of songs and lyrics, and it’s way more personal than the diary I used to write in.”

It’s a rare talent that can excel at just one the the creative arts, but at 16 Mckenna Grace is showing the world, not only is she a Emmy nominated actress but she is a gifted an talented songwriter and singer. We got the chance to talk to the talented actress and singer about her brand new single “Post Party Trauma”;

Mckenna welcome to OLC! Let me start by saying it’s an absolute pleasure to have you here, I’m a massive fan of your work, think your such an incredible actress and such an amazing recording artist. So we’re ecstatic you stopped by. So tell me how did your acting journey begin and what inspired you to follow that path?

Thank you!! Ever since I was young I was a super creative person. I’ve always loved entertaining and creating things, so once I got into acting and music, as I’ve gotten older I’ve just fallen in love with it. I love my job and getting to be so creative, I think it started though because I really loved Shirley Temple and wanted to be like her haha.

As well as acting had you always had a passion for music? And who were some artists you loved growing up and what did you love about their craft?

I’ve always loved music, my dad always played me Nirvana and Foo Fighters on the guitar when I was younger and my mom introduced me to Taylor Swift of course. Though, I find music really helped me get through the pandemic. Its really helped me get through some tough times and so I’ve just grown a deep love for music. I love creating it, I love listening, I just love it.

Well that song was just kind of about that bitter sweetish feeling of not being able to get rid of memories. Certain memories never really leave you, and a ghost never leaves a haunted house. It was actually never going to be my first single, I sent it to Jason Reitman to see if he would direct my music video! He happened to be busy but then he came back to me later and asked if they could put it in the end credits of Ghostbusters! Of course I freaked out and said yes! So that’s kind of how it happened.

I love your song ‘do all my friends hate me?’, it’s a very powerful song, what inspired you to write it?

Its pretty straight forward, I’ll just get anxious and overthink things. Sometimes I fear that no one really likes me, so I decided to write a song about that feeling because I know I’m not the only person who feels that way.

The video for ‘You Ruined Nirvana’ is so good, how did the idea for the video come about?

You Ruined Nirvana is a fun song that I wanted to feel reminiscent of early 2000s punk. So I decided to go for that with the video! I wrote it after binging a ton of Green Day and Blink 182 videos, I hope it encapsulated that vibe!

Are you a fan of Nirvana’s music?

Yes! Of course! I’m not a poser, I swear hahaha! My dad always played me Nirvana music growing up. He’d play it in the car and he’d always play Where did you sleep last night on guitar.

You’ve just released your latest single ‘Post Party Trauma’, talk to me about this song and the meaning behind it?

Well I had gone to a couple parties and there were a lot of people who’ve been in the industry a long time who I really looked up to! I was so so nervous and excited but then I just felt like I didn’t belong and I embarrassed myself (I’m not ready to share that story yet or maybe ever…lol). I spent a lot of time crying after those parties, so I turned it into a song.

Have you filmed the music video for it?

I wrote a great treatment for the video! Unfortunately though, I’ve been out of town working all summer so I didn’t have a chance to shoot one. Maybe someday I’ll shoot it! Who knows ha. Though luckily I got to have a really cool lyric video I’m proud of!

You’ve released a string of successful singles, can we expect a debut album or EP soon? and if so what can your fans expect?

I have a ton more singles planned out! I have written so many songs, but I’m having a hard time figuring out which ones I should release. I know in the future soon I wanna release my EP. Though I don’t know when or how many singles I’ll release before. I’m just excited to be figuring out who I am as an artist and releasing music though.

Who is someone you’d love to record a song with and why?

I absolutely love Phoebe Bridgers, Clairo, Lizzie McAlpine and Mitski. I think they’re incredible! Though my all time FAVORITE band is Lovejoy and I’d totally freak out to work with them. And of course a huge dream would be to collaborate with Finneas. I saw his show in New York and he is the best performer and just such a lovely human too.

Now you were absolutely phenomenal in ‘Ghostbusters: Afterlife’, and I believe a sequel was just announced with yourself? Do you have any more future projects lined up that you can tell us about?

Thank you so much! Yes the sequel was announced! Im so excited! have a lot of things planned but I don’t know what I can talk about haha! This Fall, season 4 of Handmaid’s Tale, my new true-crime documentary A Friend of the Family, Disney + film Crater, the sequel to the Bad Seed and my new animated film Scoob come out. I’m also shooting two new movies before the end of the year, so it’s going to be busy, but I love it!

Mckenna…thankyou….everyone here at OLC! truly appreciates it, we love you and everything you do and you are by far one of the most incredibly talented people, so it’s an honour to have you be a part of OLC! But before you go is there anything you’d love to say to all your fans out there?

Thank you guys!!! I guess to anyone out there reading I just wanna say, you’re not alone. Whatever you’re going through you’ll make it out on the other side eventually, just hang on. In case no one told you today, I love you. You are important ok?! Love y’all! Thank you!! And thank you for listening to my music and accepting me in this space…it means a lot to me! 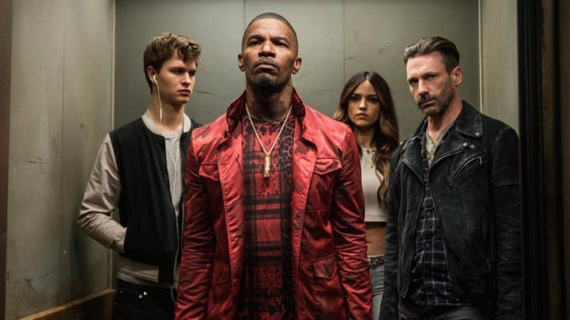 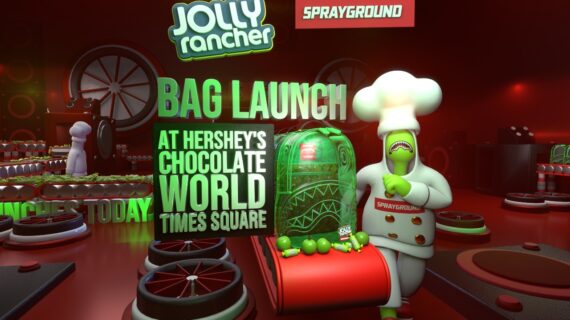