Tommy Hatto is an English actor and model, probably best known for his roles in the blockbuster Marvel movie “Thor: The Dark World” and being cast as the lead role in a made-for-television drama documentary entitled ‘The Youth Justice System”. Tommy has modeled globally for renowned brands such as Rayban and GQ, and his latest role sees him acting alongside Hollywood veteran Samuel L Jackson in ‘The Last Full Measure’.

Now he’s set to release his first book called ‘In This Skin’, a honest conversation on health, wellbeing and fitness due for release in 2019 aimed at teenagers and young adults. I got the opportunity to chat to this up and coming star, that Hollywood can’t get enough of;

How did you find your way into acting?

You hear all these crazy stories about how actors are discovered in a supermarket or in a Burger King and you’re like ‘come on, that for sure doesn’t happen in real life’. But I had just moved from my small town to London and began working as an intern and yeah, one day I was at this film festival and Dustin Hoffman noticed me and said I should work on camera. A casting agent then approached me and asked me to audition for a few things. It was a very surreal moment for me, feels like a different life.

You also model, how were you discovered and what was your first modelling gig? Were you nervous?

The modelling came after the acting. I guess everything happened so quickly from filming Thor and then before I know it – I was on a plane to Los Angeles to meet with modelling agencies. That was the first time I had ever been abroad on my own and I was heading to Los Angeles. Was I nervous? God yeah. I was like this fish out of water. People could tell I was nervous too, I remember my first shoot for GQ, the photographer kept saying to me ‘stop looking so scared!’. I probably still look scared now. I find the modelling thing pretty awkward.

The blockbuster movie Thor was your first role in acting, how did you land the part?

That came from the meeting with the casting director just after I had met Dustin Hoffman. She sent me for an audition and the role was for Thor. I didn’t even know it was for that film first, it had a working title when I auditioned.

I could only imagine being a part of a Marvel movie would be pretty amazing? What was being on set like?

It was craaaaaazy! I’m such a big Marvel fan and from when I got the role to when we filmed, I don’t think a slept a full nights sleep. This concoction of emotions – excitement, nerves, fright, overwhelming joy. I remember going to set the first time and don’t forget, this was my first ever time on a movie set so I had no clue what to expect – it was a 4am call time and they had these huge floodlights illuminating the night. It honestly was like a small town. That movie gave me a lot of firsts and whilst I wasn’t a massive or important part of that film, it holds a special place in my heart. Plus it’s a cool story to tell the grandchildren someday.

Did you get to meet the late Stan Lee?

I didn’t unfortunately. Stan was a legend in every sense of the word. You look back at the last 10 years of film and Marvel have dominated the box office. And that was thanks to Stan. Even before the movie adaptations – the comic books he created have been historic, the characters he created have been iconic. And the best part of that – he created this timeless community of readers and people to come together with common discussion. Adults, kids from all around the world – the work he created was universal and unparalleled. Anyone who can evoke passion and emotion into people is a very special person themselves.

You have a new film in the works with Samuel L. Jackson called “The Last Full Measure”, what can you tell us about that?

I cannot wait for people to see this movie. It’s such a poignant storytelling of a hero’s act of bravery. The film depicts the efforts to get this guy called William Pitsenbarger, who was an airman in the Vietnam War, a medal of honour all these years after his death. It’s going to be emotional because I think so many people can relate. Everyone knows someone or has a relative who fought in some kind of war. Personally for me, it really brought home just how courageous and brave the servicemen and women of today and yesterday really are. And of course, being a part of a movie with some of the most extraordinary actors is really a blessing.

You’re currently writing a wellbeing, health and fitness book, is that something you have a strong passion for?

100%. It’s something that I was never really educated in growing up or perhaps turned a blind eye to. It’s only in the last 2 years or so where I’ve experienced so much, good and bad that I feel awakened to really focus on myself in terms of physicality and spirituality. I read a lot of books and watch videos from some inspiring motivational speakers who have helped change the way I think. I surround myself with positive energy and people. I’ve been in those dark times which I write about and how to really find it within yourself to motivate and come out the other side. I have those insecurities, I have those self-esteem issues we all go through. It’s hard, it’s a struggle but there are always little ways and tips to make each day a little easier. And I think a healthy mind goes hand in hand with the fuel we put into our bodies. We should all want to strive to be the best version of ourselves. We need good food to function and feel powerful, we should exercise to be strong and feel indestructible. We should use our words and thoughts to empower others as well as ourselves. I guess the motivation for writing this book is if there are people out there, even one person, who is encouraged by something I say then that’s a good thing.

Who is your biggest inspiration and why?

There’s a lot of people who have inspired and influenced me in all aspects of life. Career wise, I’m a huge Brando fan. I’ve always wanted to emulate that Golden Age era of Hollywood. I love Michael Jackson, he just had ‘it’ and he was just this crazy talented individual. I wanted to be Paul Walker when I was growing up, he had this awesome outlook on life and I was so lucky to have met him just a few months before he died. Jennifer Lopez has this hustle and determination that I strive to aim for and she’s knocking down doors and barriers for ethnic minorities like myself. I read a lot of Chris Gardner and Lisa Nichols, their stories are so inspiring. But I think the biggest inspiration for me is probably my parents. They just never stopped working all the hours going to put food on the table. I want their working ethic and attitudes.

I lead a very busy active lifestyle; I love being outdoors in nature keeping active. Whether that’s swimming, hiking, surfing or even just walking, being outdoors is my serenity. I eat the right things to help fuel my lifestyle too. Between working, travelling, exercising and trying to find time to see people, you’ve got to eat the right kinds of stuff. I love educating myself on food, I love cooking and the benefits that foods do for your body. I don’t drink, I don’t smoke – that clean living stuff is important to me.

What do you stand for?

That’s a good question and one I’ve never really thought about too much. I think we all should adopt values like integrity, kindness and love.

For aspiring actors out there, what would be your biggest piece of advice?

Believe that you are extraordinary. It’s taken me a while to really pursue things or believe in myself because I was always comparing myself to other people. I used to not turn up to auditions because I always thought I came second best so what was the point. People told me I couldn’t make it or why am I even trying? I’ve been rejected a thousand times, laughed out of castings but there’s always been this very quiet voice inside my mind telling me to keep going – that I can do this. And you need to let the voice speak a little louder, shine your light a little brighter. Know that you might not have what other people have and that’s okay because they don’t have what you have. That’s your biggest strength. You. 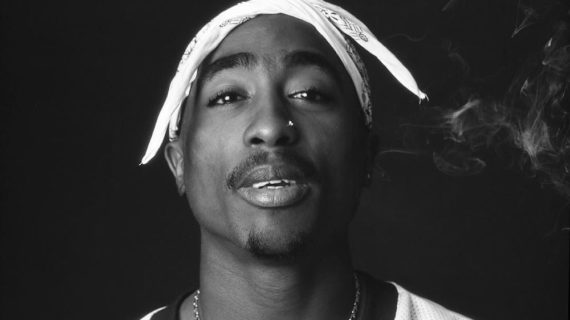 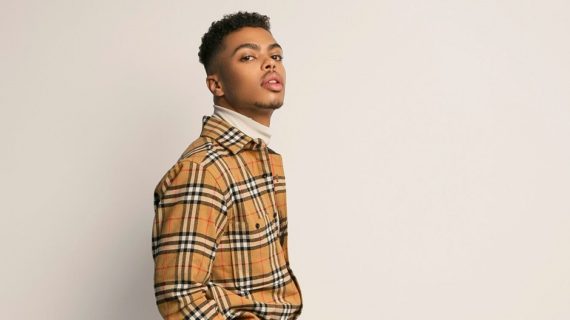