Having penned tracks for the likes of UK Artists such as Deno, Tinie Tempah, Da Beatfreakz, Swarmz and Loick Essien, AV Allure aka Aaron Evans steps into the spotlight as he makes his artist debut alongside ‘My Ye Is Different’ star OSH to give us ‘Talk To Me’. I got the exclusive sit down this talented artist to talk about working with some of the greats of UK music as well as stepping into the spotlight for the first time; 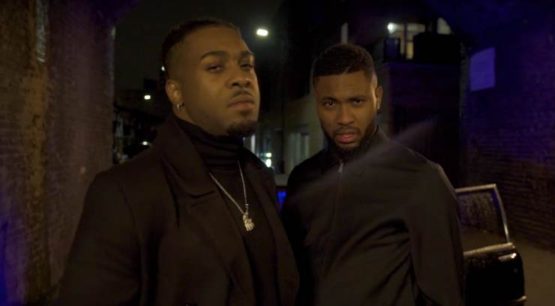 Hi Aaron and welcome to OLC! Great to have you here. So tell me a bit about yourself and where your passion for music began?

AV: Thank you for having me, pleasure to be here! So I’m AV Allure, singer songwriter from SE Ldn! I guess my passion for music began at home. Growing up I watched my dad dj from venue to venue, well not watched because I was too young at a point but you get what I mean lol! My mum was also a singer, there would be times where I would come downstairs in the morning and she’s singing in the kitchen at the top of her lungs then she’d tell me to try it lol I would always try my best but her favourite response was “no son you have to sing from your stomach” eventually I understood what she meant!  So yeah music was a very big part of my household and even upbringing.

How did you come up with the artist name AV?

AV: The artist name comes from a pet name I got from my older cousin! I tried actually going by the pet name but when I searched online realized I’m battling a billion people for this name lol so I said I would be the Authorised Version and that’s where it began!

You’ve been writing songs for a while, tell me where do you derive your stories from? Are they from your own personally experience?

AV: Yeah that’s correct I’ve been a writer for a number of years for a wide range of different artist. The things I write about always come from an honest place so I tend to steer towards my own life experiences or things people close to me have gone through.

You’ve penned tracks for some huge name UK artists including two artists I absolutely love, Tinie Tempah and Loick Essien. Which songs did you help create for them and how did those collaborations come about?

AV: Haha yeah I even surprise myself when I look back it just motivates me to keep moving forward and widen that list! But yeah I met tinie tempah through dabeatfreakz we had 2 or 3 sessions I believe where we made 2 records which was a really great experience. And Loick is actually a really good friend of mine! I met him through a producer called D major which is also a very close friend of mine so once we met the energy was already there and we just gelled man! The songs I’ve done with them are not actually released yet but I’m sure are in the pipelines for when all this madness is over!

You took a different path in your career at one stage, opting to give sports a try, why did you make that move and what was the moment you realized you missed music too much you had to go back?

AV: Ha! you know what football was actually first! I played at two clubs for a short period as a teen, the last club I played for brought me a knee injury and it was at that point where I developed a love for making music, I was able to actually study it, understand it and yeah here we are today!

So being the man behind the music for so long what made you decide you wanted to finally take center stage and release your own music as an artist?

AV: Ahh see the thing with being a writer with a style is that sometimes it’s not about how good your product is, it’s based on the delivery and many times I sent work to artist and they wouldn’t see the vision or sound I created so I thought nobody isn’t going to believe in this if it isn’t delivered correctly and that motivated me to deliver!

You have a debut single out called ‘Talk To Me’, which is a collaboration with OSH, what is the single about and how did you get together to make this track?

AV: Yeah so we met at a Beatfreakz session where i was writing with OSH we got along really well and musically connected so we continued to work. OSH decided to through a writing camp for a month and invited me down and during that period we worked on about 10 projects and talk to me was in the mix! I actually came to OSH with talk to me already done and a space on it and luckily for me he really loved that track so the process was natural, smooth and easy! The track is actually about a situation we have all been in where despite the efforts it just doesn’t work in your favour. In real life the situation never really ended up in a bad place so to speak to when delivering in the music I can add a lighter vibe to a sad story

Why did you choose ‘Talk To Me’ to be your first single?

AV: I chose talk to me as a first single because I realized that in the UK scene we are very limited when it comes to R&B infused or even R&B music. My vibe is naturally related to R&B through my choice of tempo, sounds and sonics so really I saw the void and I decided to fill it!

Do you have any plans to release an album or EP? And if so what can you tell me about it?

AV: Yes definitely! I have big plans for my first EP/ Album! Along my journey I have developed bonds with a lot of creatives so you can definitely expect some big features and some lit vibes! Imagine your favourite drill artist on a R&B song, yeah that way lol!

With the crazy times we’re currently in, with the whole Covid-19, what do you do to disconnect from the world, where is your sanctuary?

AV: Unfortunately with all this madness going on I haven’t been able to quite reach my sanctuary which is my studio but luckily I have a home set up where I can release some energy! It’s important for me not cloud my mind with what’s going on around me so I can fully see my goals and for me the only way to do this is have a morning ritual. Whatever you decide it consists of just have something you can do that sets you up for the day!

It’s obviously put a hold to the entertainment industry as a whole, how do you think people can still keep the industry alive and going while this is all happening?

AV: I think we all have a part to play especially creatives and people with a voice! It’s important to send out positive energy because we all need it! I’ve seen a lot of artist still releasing music and even songs relating to the current pandemic so I’m in favour I think it’s a good way to divert the attention from the obvious!

AV: Talk to me has met and exceeded my expectations so I’m just grateful for the opportunities and doors it continues to open for me! As for the rest of the year this lockdown has had me working and hard so as soon as things settle down you can expect more bangers for your head top in the words of the great champagnepapi haha! 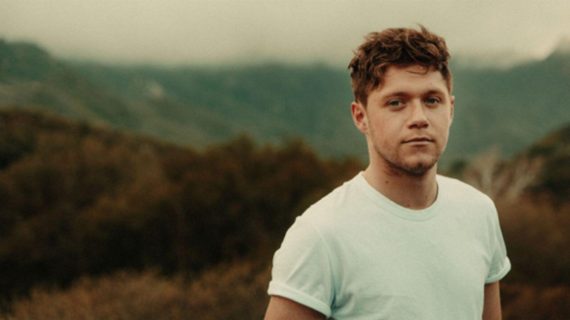 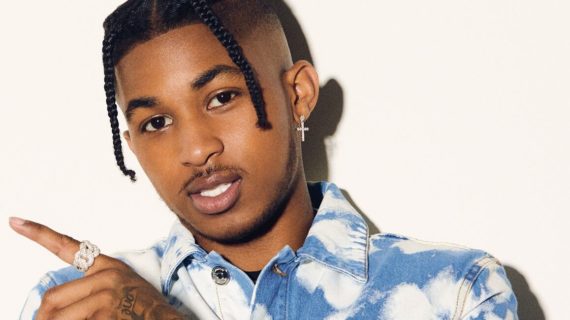