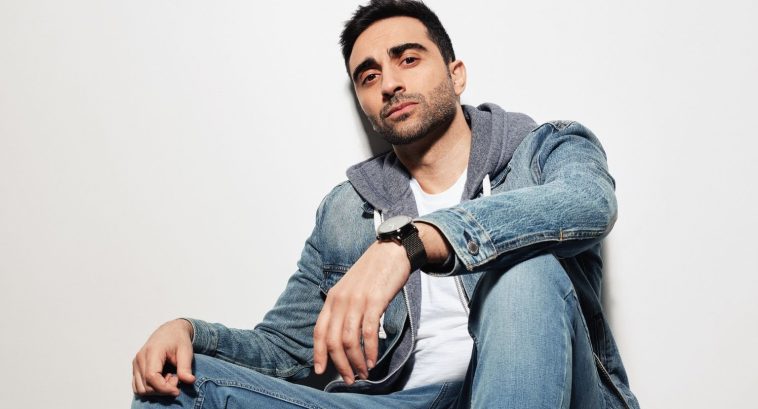 Lee Majdoub took his first acting class at the age of 20, and he quickly realized that he was a performer at heart. Acting was always something he had wanted to do and he finally decided to do what would make him happy. He landed his first role at the age of 25 in the 2007 film “Bionic Women.” The versatile actor also has many voiceover credits, including “Need for Speed: Playback” and “FIFA 18.”

Lee is now reprising his role as ‘Agent Stone,’ the right-hand man to Jim Carrey’s character ‘Dr. Ivo Robotnik’ in the brand new “Sonic the Hedgehog 2” film.  After settling in Green Hills, Sonic is ready for more freedom, and Tom and Maddie agree to leave him home while they go on vacation. But, no sooner are they gone, when Dr. Robotnik comes back, this time with a new partner, Knuckles, in search for an emerald that has the power to both build and destroy civilizations. Sonic teams up with his own sidekick, Tails, and together they embark on a journey to find the emerald before it falls into the wrong hands. Fans may also recognize Majdoub from The CW’s “The 100,” having joined the cast in Season 6 in the recurring role of ‘Nelson.’ Lee also stars as ‘Simon/Curtis,’ in the Horror film, “Puppet Killer,” which is currently making its festival rounds.

Hi Lee welcome to OLC! How are you? So for everyone out there tell me, how did your acting journey begin?

○ I’m doing very well, thank you! I started taking acting classes while studying Mechanical Engineering in college. I realized it was what I wanted to do with my life and pursued it full time after graduating.

I know a few people who want to take acting classes, what’s some advice you can give for aspiring actors and what kind of things do you learn in acting classes and what opportunities do they open for you?

○ I think acting classes are great to help you learn how to break down a script and understand the story. They also helped me work out and get more and more used to performing in front of people and in front of a camera. I was fortunate to train at the wonderful Groundlings School of Improv which helped me learn a lot. I think the key is to learn as much as you can from as many different teachings as you can. Also, going to counseling & therapy helps a lot. I think the most important thing is to heal, continue to grow and learn as much about yourself as possible.

Now you have one of the coolest opportunities at the moment you star in the latest blockbuster Sonic The Hedgehog 2, what can you tell me about the film and who you play?

○ I play Agent Stone, the loyal right hand to Dr. Robotnik. The movie takes place not too long after the first movie. Sonic is still trying to figure out what his place in the world is. The stakes are way bigger in this one and the movie is huge… epic!

What was it like working alongside one of the greats like Jim Carrey, and did you find it daunting at all?

○ Jim is wonderful! He’s been someone I’ve looked up to since Ace Ventura. He’s unmatched.

I was a massive fan of the Sega consoles, especially the game Sonic 2, where you could turn into supersonic, I loved that. Were you a fan at all of the Sonic games before you were casted and what does it mean to you as an actor to join such an iconic franchise?

○ Sonic 2 was the first game I feel like I could truly call my own when I was a kid. There’s a soft spot in my heart for it. To be part of the film franchise is incredible. I can’t describe the feelings.

I would imagine Jim Carrey would be quite loose on set and in front of the camera, was there much opportunity for improv throughout filming?

○ There’s so much room to play! Jeff Fowler is great at giving everyone the space to experiment and discover. Working with Jim is always an absolute blast. He’s incredible. Truly. So creative, collaborative, gracious, and so specific.

What was the most memorable scene or experience for you being a part of this movie?

○ That’s a hard question to answer! There’s something we shot that didn’t make the final cut, but was so funny! Hopefully audiences will get to see it in extra DVD features!

I read you’re a bit of a gamer, what are some of your favourite games past or present?

So many other games, but too many to name.

Is there any talks of a Sonic 3, and if there was would you love to see your character return?

○ Sonic 3 is in development right now. Of course I would love to come back!

Are there any up coming projects on the horizon for you in 2022 you can tell us about?

○ Right now I’m taking some time and being more selective with what comes next. The plan is to stay away from any stereotypes. I would love to work with Denis Villeneuve. He’s an absolute visionary. 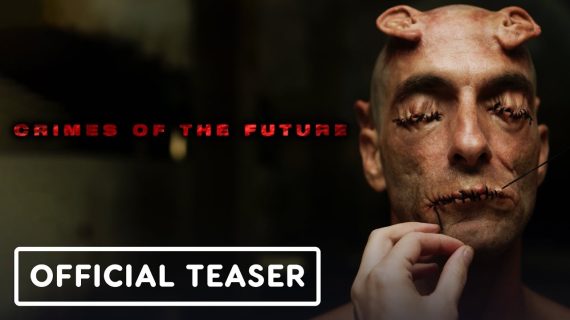 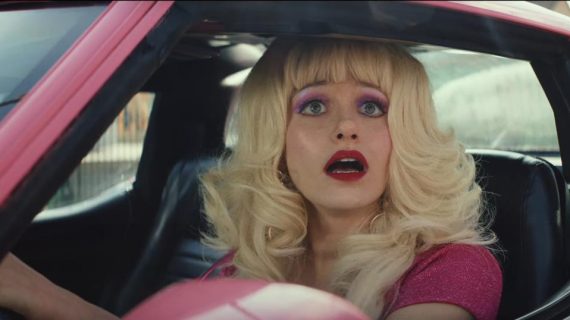