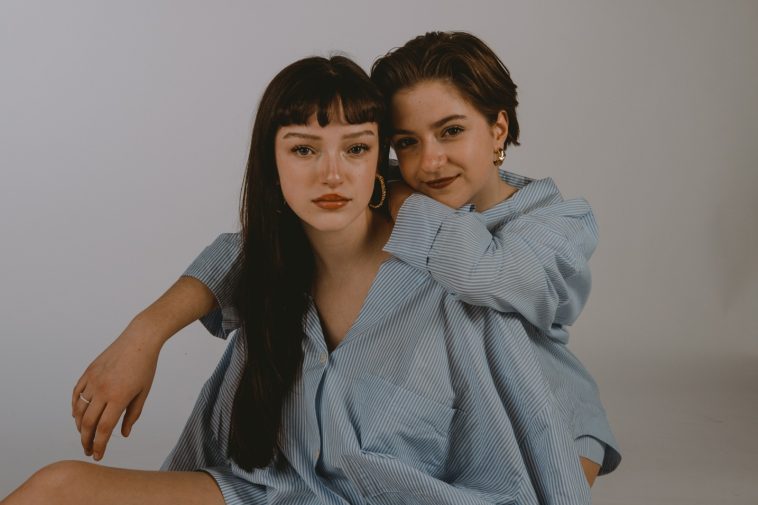 German-Swedish Sisters Mimi (18) and Josy (16) together form the exciting new duo, HAVET,  who have released their impressive, sleek debut song  “Child” along with an official video.

Speaking about today’s release, the duo said “Child is an ode to your heritage. It’s about being proud of your past and your roots and trusting the future because of it.”

Speaking of heritages, HAVET was Born and raised in Bavaria, Germany, to their singer & multi-instrumentalist parents, so music has always been a part of their lives.  Their sound draws upon influences in pop, R&B, folk, and indie styles along with their experiences playing in bands with their friends growing up. They cite Billie Eillish, Billie Marten, Daniel Caesar, Bruno Major  and  Tyler The Creator as artists they are inspired by. We sat down with the duo to talk all things music, and about their debut single ‘Child’;

Hi Josy and Mimi, welcome to OLC! So for everyone out there tell me how did your musical journey begin and who are some of your biggest inspirations?

Hi!! Thank you so much for having us! Our musical journey began very early. With both our parents being musicians, music shaped our childhood. We played concerts in the living room and once we were older, we moved to a bigger stage where we performed in different choirs and a band. In 2019 we then proceeded to win the casting show „the voice kids“ and we have been writing and producing music ever since!

We have many different musical inspirations. Growing up listening to The Beatles, David Bowie, Prince, Ella Fitzgerald, Louis Armstrong and many more definitely had a huge influence on us. Now we draw our inspiration from artists like Billie Eilish, Billie Marten, Tyler the Creator and Daniel Ceasar. But our parents have also always been a huge inspiration to pursue music.

How did you get into music production was that something that was difficult to learn?

Josy started producing her own songs at a very young age. Starting with recording different tracks on garage band, she quickly developed her producing skills. After graduation, she always knew she wanted to become a producer herself. Now she works in a Studio collective called “gold donkey“, where she works alongside other talented producers and musicians.

Where do you get your inspiration from for your songs and do you always write them together?

We actually rarely write our songs together. Josy often draws her inspiration from random thoughts our Melodies that pop into her head. Mimi usually writes her songs about personal experiences or from something that happens around her.

So why did you decide on the name HAVET and what does it mean to you?

HAVET is the Swedish word for the Sea. Being half Swedish, we feel a strong connection to the country and honestly – we just thought the name looked cool and it had a nice sound to it!

Under the new name HAVET, we will now continue releasing our new music and we couldn’t be more excited to share what we have been working on the past couple of months.

Your debut single is called “Child”, tell me a bit about the song and what inspired it?

A couple of years ago, Josy came up with the first draft of what would later become “Child“. The song is about being proud of your heritage and feeling encouraged because of your past and your roots.

Why did you choose this song as the first single you wanted to release?

We had a few songs to choose from for our first single. It honestly came down to our gut feeling- we wanted to show the world that Mimi and Josy have grown up and that we are ready to show our new music to the world.

With “Child”, we think we created a catchy, up-beat sing-along song and we hope that it might inspire people to stand up and dance for a few minutes 🙂

Would you love to do a music video for the single? and if so what ideas do you have for it?

We actually already shot a music video! We came together with some wonderful, talented people and together we filmed a (in our opinion) beautiful and aesthetic video! You can check it out on YouTube and see for yourself 🙂

Can you tell us about any future music releases or if we can expect an EP sometime soon?

We are planning to Release more music in this year for sure. And yes, we might or might not be working on putting together our very first EP at the moment….

You have 280k followers on Instagram, how important do you think it is for aspiring artists to use social media and how do you keep from letting the negative side of it affect you?

Social Media can be a curse and a blessing at the same time. We are lucky to have this amazing community supporting us since the beginning of our journey and we are entirely grateful for them. Without our fans patience and trust, this would all not be possible. Social Media can however get kind of difficult when it comes to sharing a lot of your private life with the followers. On the one side, we know that people are interested in our day to day life and the behind-the-scenes of everything – on the other side, we don’t see ourselves as influencers but as musicians, which makes things a little difficult at times. It’s important to remember to take a break from it now and then, and that we aren’t obligated to share everything on social media.

But overall, the internet has been a huge help in promoting our music and sharing it with the world.

Who’s someone you’d love to work with given the chance past or present, and why?

Mimi is a huge admirer of the producer, songwriter and musician Ethan Gruska. She would love to work on one or more songs with him, if the chance would arise. We would both love to work with James Blake, his music and writing is a huge inspiration for us.

What advice can you give to aspiring artists?

Being in the music industry is tough. Finding people who support you and believe in you and your music is extremely important and will help you along your journey. We are incredibly lucky to have an amazing management team and producers working with us to make this all possible.

But over all, if someone out there is thinking about starting a music career – go for it! What’s the worst that could happen? It’s never to Late to try and if you believe in yourself, there’s really nothing that can bring you down!

We are planning to play some concerts and release many more songs! We are extremely excited for this year and we can’t wait to show you what we have been working on!

Thank you for having us! 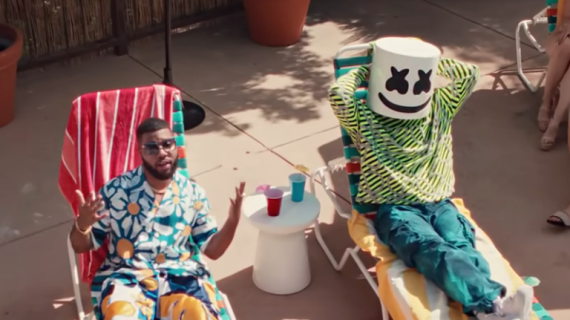 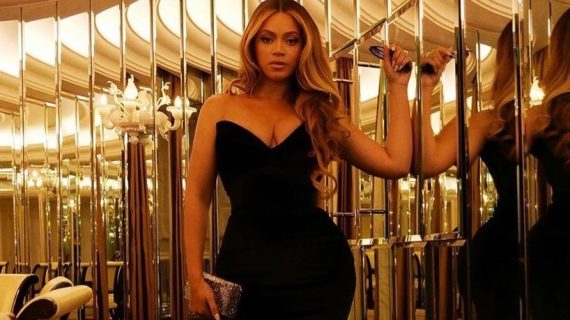