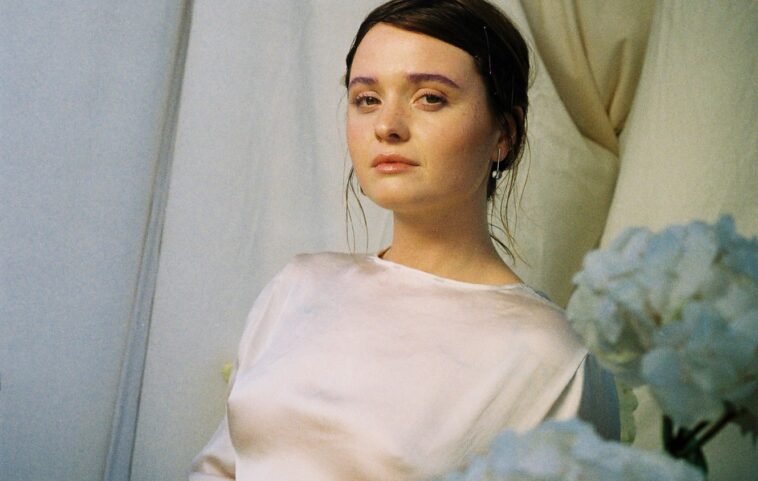 An artist infinitely fascinated by the natural world, Kathleen creates music as unpredictable as nature itself: serene as well as explosive and ineffably dazzling. As a child growing up in the Rocky Mountains, she began writing songs at age seven and later studied poetry in college, steadily carving out a truly singular songwriting voice that merges her ultra-vivid storytelling with idiosyncratic observation. Soon after signing with Warner Records, the Los Angeles-based singer/songwriter/multi-instrumentalist made her debut with the critically acclaimed Kathleen I and Kathleen II, a pair of boldly original EPs that she collaborated on with such esteemed producers as Ariel Rechtshaid (HAIM, Charli XCX) and Daniel Nigro (Olivia Rodrigo, Caroline Polachek). Her past achievements include earning a vocal arrangement credit on Olivia Rodrigo’s GRAMMY-winning album Sour.

Kathleen imbues her musical output with equal parts unbridled imagination and a visionary sense of purpose. “I think the main reason I make music is to create a vehicle for conversation and new philosophies,” says Kathleen, a passionate environmentalist and supporter of the burgeoning climate movement founded on equity and community. “I want to provide a stage for people to share new ways of thinking, and to make it as inclusive as possible. At the same time, my music is deeply tied to the therapeutic process—it gives me a lot of peace to make something out of painful and confusing times.”

On her new body of work, Kathleen once again reveals her rare gift for conjuring songs that both expand the mind and hit with a visceral impact. Her new compositions illuminate an elevated sense of exploration in her songwriting, tapping into a rich confluence of influences that spans from John Prine, Leonard Cohen, and Fink to Bjork, Fiona Apple and Kate Bush. Yet, her sound remains something completely of her own creation. On “Fever Dream,” for instance, Kathleen offers up a dizzying piece of art-pop built on frenetic textures, shapeshifting rhythms, and a sublimely unhinged vocal performance. “To me “Fever Dream” is an expression of the frustration of lockdown,” she says. “In one sense the world around me was so calm—the air was more breathable, everything was still—but then there was also a feeling of being caged in this tiny space with no one around to help you process what was happening.” In bringing the oddly exhilarating track to life, Kathleen joined forces with studio mate Tim Friesen. The pair began experimenting with a cello banjo and effects pedals, creating warped sounds that would capture the right feeling for the finished track. From that point, Kathleen brought the song to her frequent collaborator STINT (Jessie Ware, MØ, Role Model) and then to Tim Anderson (who has produced such artists as Banks, Halsey and makes up half of Highland Park Sleep Collective), resulting in a potent fusion of sensibilities that carried the song into its final form. “The whole process was very experimental and high-energy – there was definitely an electric feeling in the room,” she notes.

A far more tranquil counterpart to “Fever Dream,” “How Long Will This Last” took shape during the brief spell Kathleen spent living in a riverside cabin in Asheville, North Carolina. (“It was summer and the smoke from the California wildfires was so bad that I had to wear an N95 mask inside my apartment, but I was fortunate enough to escape for a while,” she says.) Produced by Kathleen and Tim Anderson and rooted in her elegant piano work, “How Long Will This Last” explores the emotional toll of endless solitude (from the opening lines: “600 square feet all to myself and I am/Lonely as the moon”). “This song is like the dark twin of “Fever Dream”; it’s describing the same feeling, but there’s so much more sadness to it,” she says. “I just remember going for walks around my neighborhood and seeing the birds and quiet plant life and feeling grateful—but then after that you go home and close the door and the outside world is gone.”

Kathleen welcome to OLC! What inspired the love of music for you growing up, and did you always want to be a musician?

-I’ve always loved singing and solving the puzzle of a song equally, I’d been writing little melodies and lyrics since I was around 7 and I was allegedly singing before I could talk. I don’t know if I’ve always wanted to be a musician, but when the time came to pick “what to do” I never considered another path.

For first time listeners of your music, how would you describe your sound?

-I think I’m actually the worst candidate to answer this question, haha, but I’ve heard people call it “calming” and “chaotic” in the same breath. I have pretty strong folk influences, but love electronic music.

So how did you get into music producing because you actually helped produced your two current tracks?

–Necessity, frustration and curiosity. Necessity from having to make songs quickly during the pandemic, frustration for never hearing exactly what I hear in my head when another producer does it, but also curiosity for what could happen when I get into a flow state on that medium. I’m a dogshit-terrible engineer and figuring out signal flow and mic placement is not a talent or interest I posses, but I really enjoy the editing and compiling stage. When I get to take all these great sounds and figure out where and how they go into the song!

Which leads me to both your current songs “Fever Dream” and “How Long Will This Last”, what are they about and what inspired you to write them?

I think of them as sisters of the same event. “How Long Will This Last” is the more pensive, introverted, lonely inward sad sister that I became during lockdown, whereas “Fever Dream” was the neurotic, pent-up extrovert who watches way too much news and is about to explode from all these feelings sister that I also was during it all.

Where do you derive most of the inspiration for your songwriting? Do they mostly come from personal experiences?

–I’m always writing melodies and phrases/poems/prose and also noodling on instruments, coming up with little hooks here and there. Songs are born in many ways, but I think the most frequent process is when I sit down to a song and try to figure out a home for all the words I’ve already written. I’m rarely inspired by some event or feeling to write a song, though it does happen and it’s such a rare and beautiful thing, but most days, all you can do is sit down and try and make anything at all.

I believe your going to be releasing an album? And if so is there anything you can tell us about or what your fans can expect?

Soon soon! More eclectic explorations I think, not sure!

I read that you did some vocal arranging on the Olivia Rodrigo song “Sour”? How did that come about and what was it like working on it?

Dan Nigro (who produced Sour) is a longtime friend! I’ve worked with him on several projects and he asked if I could come in and help on Olivia’s project. I’ve met her a few times and she is so sweet and hardworking and SO talented. Really kickass writer, I’m so excited to see what’s next!

Do you have any plans to do any live shows? And if so where and when can people catch you?

–Absolutely! I just did a show last week with my friend John-Robert at Permanent Records in LA! Maybe we’ll do some small pop ups in Europe and London while I’m there writing this Fall too…My IG or website are probably the best places to keep an eye out for shows 😉

What does the rest of 2022 hold for KATHLEEN?

Oof, so much work, haha. But the best kind of work! In addition to writing new music, I’ll be finishing up the art for these next singles. There’s a whole pile of songs we’ll be releasing and I’ve been making a lot of the videos and artwork with friends or by myself, so lots of editing footage and photoshop! 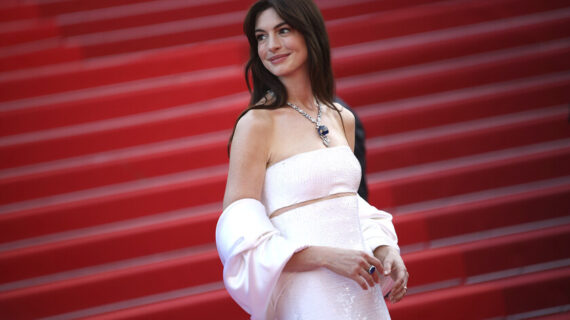