Porteau is the creation of Victoria Williams and Craig Stevenson. The Vancouver duo’s debut album is called  “Water’s Gate”, and takes listeners on an artistic journey or lush vocals and washes of light, combined with modulated guitar, these make for the strong foundation of their music. Collaboration between the couple came about by coincidence, after Victoria saw a painting of Andromeda by Gustave Doré and was instantly captivated. She asked Craig if he could help her write music that sounded like the painting looked.

Their album release is set for March 2019, Porteau is currently playing to audiences in British Columbia, experimenting with their live performance as a duo and full band. I decided to catch up with one of America’s artistic musicians; 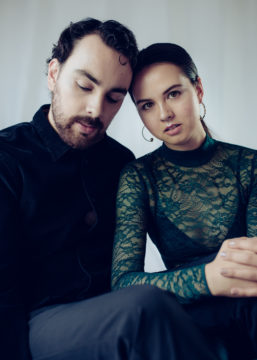 1.) How did you both discover your passion for music?

Craig: We’ve always been passionate music listeners. Victoria has also been singing for as long as she can remember and a lot of her folk-inspired vocal inflections come from her Welsh family heritage.

Victoria: We met in high school and connected instantly over our shared love of music. We recall the night we met, discovering we listened to many of the same artists including Andrew Bird, Bon Iver, and Aidan Knight. We’ve been together over eight years now and never planned on making a record together but dreamt up a story that we felt passionate about and wanted to share.

2.) Were there any artists you looked up to growing up?

C: Victoria’s first exposure to music was 90’s grunge. Her parents listened to a lot of Nirvana, Mazzy Star and The Smashing Pumpkins. As an infant, one of the only things that would calm her down was her parent’s blasting a Nirvana tune.

V: For Craig, his true passion for music came to him during high school. He was exposed to a lot of ECM guitar players, like John Abercrombie and Bill Frisell, who helped shape and define his own approach to guitar.

3.) How would you describe your sound?

V: We would describe our sound as ethereal and dreamy, a little bit spacey, with folk-inspired melodies. Some of our songs have more electronic or ambient elements, but the center of these songs are all tied together by folky vocals and lush, thickly layered guitar tracks. Craig’s approach to the guitar playing on the record uses unique voicing that you don’t find in most folk or pop songs, giving the songs space to breathe.

4.) What goes into the creative process of your music?

C + V: Our method is to not force anything. If we have something to say or an emotion we want to convey, it will come out easily. Some of the lyrics on this record came to us in dreams that we woke up from and managed to scribble down. When we’re in the studio, we also prefer to not know exactly what we’re playing beforehand so there’s room to improvise and experiment. That mainly comes from our background studying jazz at university. We’ll have a rough outline of the chord changes, but prefer to leave it open to how to weave it all together, and that goes for when we play our music live too.

5.) What can you tell me about your album Water’s Gate?

C: Lyrically, the record is heavily inspired by the West Coast landscape we grew up in, as well as ancient mythology. A lot of the songs were created when Victoria was trying to make sense of her own life. Using the natural world around her, she was able to dissect and process her personal struggles.

V: Sonically, a lot of friends joined us in the studio and at home to layer the sound. The arrangements are pretty dense and it can be hard to pick out certain instruments, but our idea was to put things together to create a different sound. We’ve got a full horn section, pedal steel guitar, banjo, lots of synthesizers, organ, as well as a field recording in addition to our core sound of guitars, bass, drums and vocals. We had a lot of fun layering the sounds and feel the energy that this full ensemble brings to the songs helps to convey our lyrics.

C+V: The song was conceived from a very introspective place. I was writing about the struggle to find your sense of home within the world. And when you find that space, learning to accept and understand that this may be your final resting place. “Is this where I lay my head down for good” is repeated throughout – this question I pose to myself remains unanswered. I was trying to tell a story with a concrete ending, instead leaving the listener with questions they can ask themselves. Do we have a choice? Does instinct guide us all home?

7.) I love the music video for the single, where did the idea come from and who did you work with on it?

C+V: We worked with an amazing Vancouver-based production company called Nakasone Folk. Kaayla Whachell directed the video and worked closely alongside us to bring our vision to life. We wanted to create visuals that further emphasized this idea of instinct guiding us home. We chose to use light and space as a visual representation of that internal conflict we talk about in the song. The shots in the dark provide this sort “underworld” feeling to contrast with the clearer shots in daylight.

8.) You both have been working together for some time now, have you ever clashed musically or have you both just always clicked? And if you have clashed how do you deal with that?

C+V: Weirdly we’ve never clashed (musically, at least!). We are pretty in tune to what the other is thinking and if one of us decides to take a song in a different direction, we have an easy time following where it’s going. There have been times in the studio where one of us will have an idea on how the other could change something about the way we’re playing or singing – thankfully we’ve been together a long time and can make those suggestions without fear of hurting one another’s feelings!

9.) What would you say has been your biggest achievement?

C+V: Our biggest accomplishment is definitely completing this record. This is the first full-length album either of us have made, and we didn’t initially realize the sheer amount of time and energy that would go into the making of it. The first time you do anything, there are always lots of lessons learned along the way. The making of this record was no different, and at times we felt completely in over our heads. With that being said, Water’s Gate took much longer to finish than we ever could have imagined, but we are so elated to have completed the recording.

10.) What has your performance taught you that you didn’t expect to learn?

C+V: We have found it really interesting to come from our background in jazz music, where improvisation is such a key part of performance, and learning how to apply that feeling to the structure of our own songs.

C+V: We’ve got another single ‘Penelope’ to share on March 1st, and then ‘Water’s Gate’ will be released on March 15th. Our album release show is on March 15th at the Fox Cabaret in Vancouver, and then we are on tour for the rest of March of B.C. and Alberta. We have spent so much time with the record, unable to share it in its full capacity, so we are really looking forward to hitting the road and performing it for others. 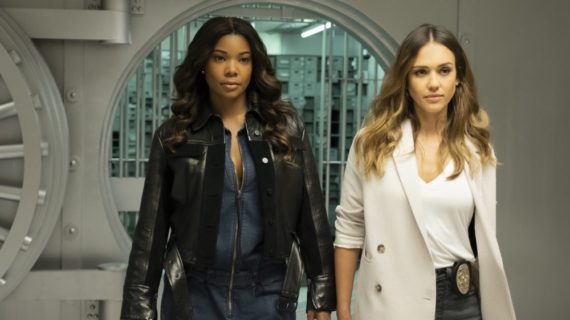 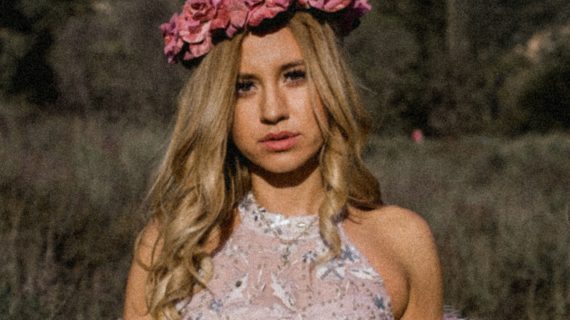