Talented Hull natives Chiedu Oraka and Deezkid are the sound of a new working-class Northern England. They met at the Yorkshire based Warren Youth Project, and teamed up for the ever popular single ‘Darcy’, which has topped 2.3 million streams to date, and now they have released another scorcher in the form of ‘Men Behaving Badly’. Cutting their own path ‘Men Behaving Badly’ provides commentary on the UK’s real nightlife combining Grime, Funky, Afro-fusion & Garage with rave/club culture wrapped in trademark Yorkshire humour.

In a city often dominated by guitar music, Oraka & Deeze have conceived the UK’s freshest alternative sound with nods to the early 00s which has already attracted the attention of BBC Radio 1 (Mike Skinner with Annie Mac), 1Xtra (Introducing Track of the Week), Radio 1’s Big Weekend, 6 Music (Tom Robinson), The Guardian, i-D, The Quietus & BBC’s Newsbeat. Previous single ‘Darcy’ was the 8th longest track to ever be on Grime Shutdown for over 300 days, over 2.3M streams followed by Chiedu being the only UK MC to officially drop bars on the biggest Hip Hop beat of the year, Blueface’s ‘Thotiana’.

I got the chance to speak to the UK’s up and coming dynamic duo; 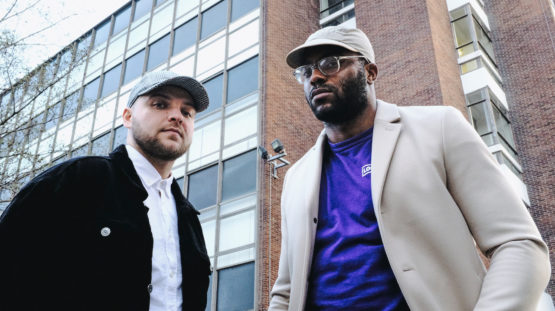 Chiedu– My love for music came from growing up in my household, my mum used to throw huge house parties all the time and the music played a huge part and my big sister used to spend all her pocket money on buying albums from places like HMV and Andy’s records. I had no choice but to fall in love with music. I started in music by freestyling at house parties all over the city of Hull which lead to me performing all over the city and recording songs in battered studios.

Deez – My love of music started very young, as a listener that is anyways. I remember loving Outkast – Ms. Jackson when it first came out, I was about 8. Then when I was in my early teens or even a bit younger, I fell in love with rap music and would listen to Eminem, The Game, 50 Cent etc. I used to write little raps just for fun at that age but never took it seriously until quite a few years later when I got into producing beats. That’s when I realised I wanted to make songs

Who was your biggest musical inspiration growing up and why?

Chiedu– I’ve got loads of influences so it’s hard to say who the biggest one is but I am definitely influenced by So Solid, Lauren Hill, Skepta, The Specials, Nas and Tupac. That’s just to name a few

Deez – It’s always hard this question there is too many, I’ll name a few of my main ones though, Dr. Dre, Eminem, The Game, The Streets, The Mitchell Brothers, Skepta, Happy Mondays, Oasis. There’s miles more but I just can’t think of them at the moment haha

What is the music scene like in Hull, and how does it differ from other parts of the UK?

Chiedu– It’s very band centric, there’s a new band every day in our city. The Rap/grime seen is ok, there is few guys doing their thing. We have a big festival every year called Humber Street Sesh which showcases a lot of local talent. We just need more live venues to be honest. We need a better club scene too, I think that would help the artists in our scene especially.

Deez – Basically Chiedu just hit the nail on its head with his answer.

Chiedu– UK rap is just head and shoulders above US rap in my opinion. It’s more heart felt over here. I don’t really listen to their music except for the occasional J. Cole, Kendrick or Meek. 21 Savage aint bad either but that’s as far as it goes. UK music deserves all the success it’s been getting we’ve been killing it for years and there is a lot of talent on these shores so it’s only right we’re impacting the whole world right now. Hell yes we are miles more experimental over here. Look at the top guys over here they’re all so different in terms of sound. I’m not sure it’s the same over there.

Deez – The UK is where it is at for rap music at the minute in my opinion. There is a lot going on, you’ve got UK Rap, drill, grime all these different variations of it which makes it exciting. Grime beats have always been experimental. There aren’t any rules and that’s why we enjoy making it.

Who are some US artists or producers you’d both love to work with and why?

Chiedu– Dre Dre is the Goat so one day working with him would be insane. Pharrell is sick and so is Swiss Beatz. There’s loads man, Timberland and Kanye are the guys too. Meek Mill and 21 Savage i would say for artists.

Deez – As a producer myself I’d love to work with Dr.Dre & Kanye West because they have inspired me a real lot growing up. But again, there is so many artists I’d love to have the chance to work with.

Let’s talk about the new single ‘Men Behaving Badly’, tell me what it’s about and take me through the creative process of this single?

Chiedu– Yes please let’s talk about it. Deeze made the beat in our studio and we wanted to get a singer on the hook. We got our boy Jacob Aaron from Brighton to put something down on it. He wasn’t too sure on it at first but we was both gassed when he sent us it back. So, we sat on it for a while so we could pen down the right lyrics. We knew what we wanted the concept to be so we just had to make sure we could deliver with the bars. The song in a nutshell is about northern party culture.

Deez – Yeah basically I just wanted to make something upbeat when I was jamming in the studio. I started with the drums which when I made them, I was going for the Afro beat/Uk funky vibe. I then added the bass synth. Once I had them two components, I knew it could be a bit of vibey banger. Chiedu sent it over to Jacob and when we got his chorus back I was buzzing with it. I wrote my verse maybe a week later when I was at home. I usually prefer to write the lyrics when I’m just chilling in my living room or wherever.

My first exposure to garage music was hearing Craig David and the Artful Dodger collaborating, Do you think it’s a positive thing for artists to cross over into different styles and genres of music?

Chiedu– Of course it is, this staying in one box malarky is boring. It’s all about testing yourself as an artist. We all want as many fans as possible don’t we? How can you do that if you just dabble in one genre/style

Deez – I just love music and I listen to all different types of genres. When I’m creating each day I can be influenced by something different. I think it’s good to test yourself and step outside of the box to see what you can create.

There’s a lot of UK artists I love, Jermaine Riley, Krept and Konan, Professor Green to name a few. Who are some up and coming UK artists we should all be checking out?

Deez – Deffo Fred Fredas! Also the ones that Chiedu has said above. They are all talented artists who you should look out for. I’m working with another producer called Sixsix Wolf at the minute too who I’m rating.

Can we expect to see a video accompanying ‘Men Behaving Badly’?

Chiedu– The video is out now on GRM Daily

Deez – Get them views up for us haha

Do you guys have any other music projects in the works and if so what can you tell us about them?

Chiedu – Just expect singles after singles until the end of the year and an EP early next year.

Deez – Just working on releasing singles too. Got a few tracks I’m working on at the minute.

What advice do you have for up and coming rap artists out there?

Chiedu– Always be yourself no matter what and never lose sight on why you came into music. We’re still on our journey ourselves so it’s always a hard question to answer.

Deez – Just do your own thing and don’t be bothered about what people think about you. Enjoy what you do too because that’s very important.

Chiedu– Expand our fanbase outside of my city. I need to be on everyone’s lips.

Deez – Just keep building the brand and releasing good music for people to listen to. 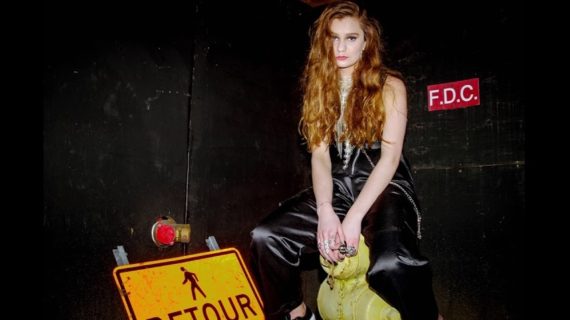 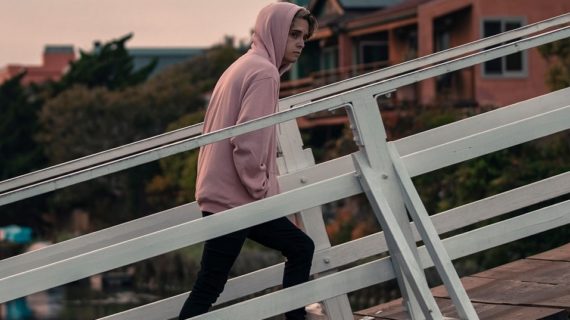