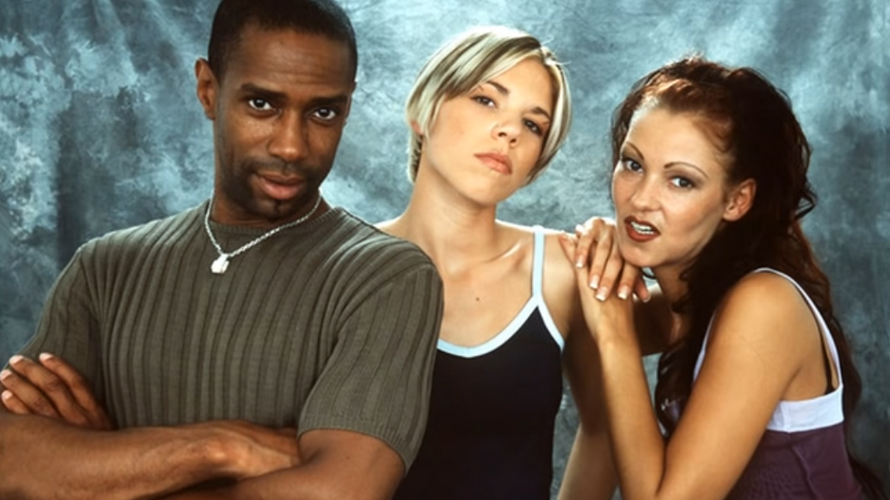 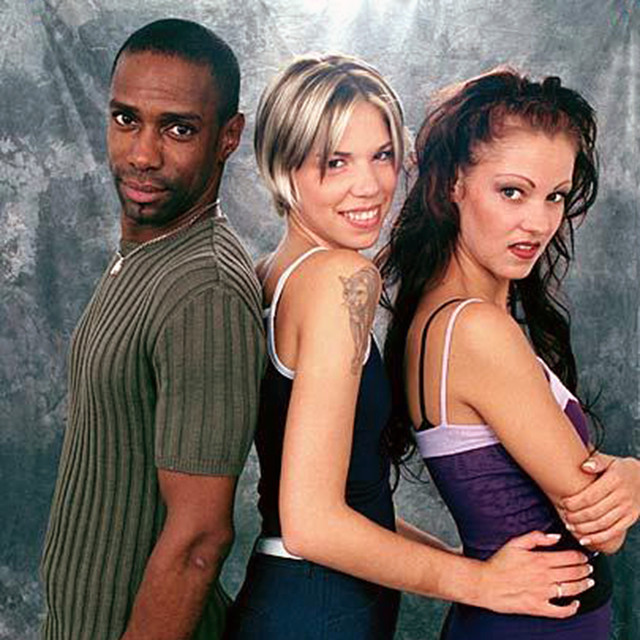 In the 1996 a German Eurodance dance act called Mr. President released a worldwide hit called “Coco Jamboo”. The group was also famous in Europe for the dance hits “Up’n Away”, “I’ll Follow the Sun”, “I Give You My Heart”, “4 on the Floor”, “Jojo Action” and the hit albums Up’n Away – The Album and We See the Same Sun. But it was the catchy “Coco Jamboo” that really put this German musical project on the map. The smash hit single was the lead from their second studio album, We See the Same Sun. The song was a hit in many European countries, reaching number one in Austria, the Czech Republic, Hungary, Sweden, and Switzerland. It also enjoyed success in the United States, peaking at number 21 on the Billboard Hot 100. It also earned Mr. President the Echo award in Germany for best dance single in 1997. It also was a Top 5 hit in Denmark, Finland, Germany, Ireland, the Netherlands, Norway, as well as on the Eurochart Hot 100, where the single reached number 4. In the United Kingdom, it went to number 8 in June 1997, in its second run on the UK Singles Chart. “Coco Jamboo” was also successful in both Australia and New Zealand, where it reached number 7 and 9, and was awarded with a gold record in Austria, New Zealand, Sweden and Switzerland. It also earned a silver record in the United Kingdom and a platinum record in Australia, Germany and Norway.

In 1991, German DJs, Jens Neumann and Kai Matthiesen, formed a live rapper-singer duo act called Satellite One, it consisted of American rapper George Jones and German singer Daniela Haak. When Jens Neumann hired German singer Judith Hinkelmann into the act, Satellite One officially became a trio act. Each band member decided to take on stage names, Hinkelmann became “T-Seven” while Jones and Haak became known as “Sir Prophet” and “Lady Danii”. They spent years performing at clubs without any real success. Neumann and Matthiesen, managers as well as producers, decided to change the name of the band to Mr. President. “M” stands for Music, “R” stands for Rhythm. They figured that the highest position a human being might get to is a President, and that’s how they came with the name. Mr. President. They released their first underground dance hit called “MM” an acronym meaning (Marilyn Monroe) in 1993.

But everything started with the second single Up’n’Away, which almost hit top 10 in Germany, sold gold and was played widely all over Europe. At first it was recorded by studio vocalist Caren Miller, for a promotion. At this time, the rapper of the group was named Sir Prophet (George Jones). After having issues with the bands management he left. Neumann replaced Jones with British rapper Delroy Rennalls (Layzee Dee). Lazy Dee came to Germany in the early nineties with a reggae group on tour. He met Lady Danii and T and the first full-length Mr. President album, Up’n Away was released in 1995 featuring a new version of the song with Rennalls rap vocals. 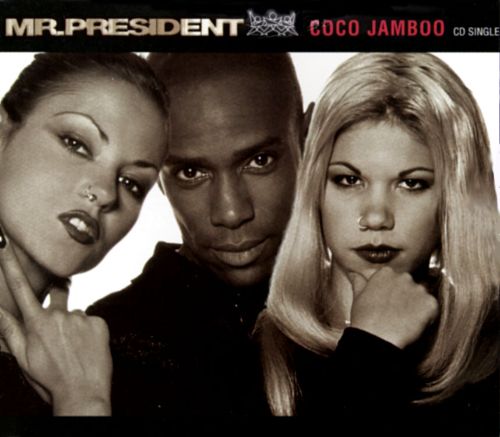 In 1996, Neumann and Matthiesen decided to embrace a radically different sound for the next Mr. President single. The reggae-fusion inspired hit “Coco Jamboo” quickly became a crossover hit worldwide. It was the first Mr. President single to chart in the UK and in the United States. ‘Coco Jamboo’ had been at first released as a track promoting this album. It eventually became a global smash, probably their most well-known single, it immediately shot up the Dance Charts, reaching #2 in the German sales charts. ‘Coco Jamboo’ earned the BMI Awards for being the European track most frequently aired by US radio stations. The second album was released in 1996. It was described as a very colourful production, containing many typical euro-dance tracks but also all the other trends popular in 1996.

“There is no band that reflects joy, happiness and fun in the way that we do. When we sing, people start to realise that there are many things in life other than war, violence and envy. We make music so that people don’t forget all the beautiful things that life has to offer.” Delroy explained. 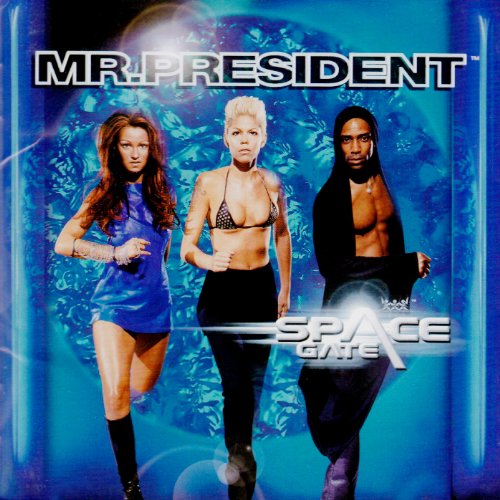 On the 1997 album Night Club, Mr. President decided to go with a lighter sound. Jojo Action, the first single released from Nightclub, added to the band’s continued success in Europe, peaking as high as #3. The next three hits from the CD charted impressively in Europe, none of the singles were able to chart in the United States though. During the promotional campaign for the album, Lady Danii took a brief leave from the group to pursue a solo career with the band Reset, but returned a few months later. In the midst of promotion for ‘Night Club’, the group faced some controversy, Haak, Hinkelmann and Rennalls were accused of not using their own voices in any of Mr. President’s songs. Hamburg’s magazine Stern reported the whole scandal first. According to their report, the actual voices belonged to Caren Miller, Anne Schroeder, and William King III. However, Matthiesen and Neumann appeared in a televised interview on German channel VIVA and explained that the voices were indeed Daniela and Judith’s, but that their pitches were technically edited during recording. A year later, Mr. President released Space Gate, which marked a return to their earlier sound. “Give a Little Love” and “Simbaleo” proved to be moderate successes, but the band was again unable to return to the heights of 1996.

After half a year away from the studio in 1999, Mr. President returned with a compilation album. The LP release was accompanied by it’s lead single Up N’ Away 2k. It failed to chart anywhere even in Germany. Following the failure of the single and their fading public image, Judith Hinkelmann left the group in February 2000 to begin her solo career. Following the departure of Hinkelmann, the band decided to focus efforts on releasing another compilation album, and they did, with Golden Super Hits hitting shelves near the end of 2000. Mr. President reemerged in early 2001 after hiring classical singer Nadia Ayche. Although the band performed live with Ayche, and even began recording new songs with her, she was dismissed in 2002 after directional disagreements. Ayche’s replacement, Myra Beckmann, was hired soon after, and the new lineup began immediately recording songs for their next CD.

Even in 2003 their album Forever & One Day  and single Love, Sex and Sunshine managed to chart, peaking at number 23 in Germany. Just a few months after touring had begun however, Beckmann was forced to leave the band due to undisclosed health issues, leaving Haak and Rennalls to perform as a duo for the remainder of the tour.

Word of the official separation came in 2008, when Haak announced that Mr. President would be parting ways. Since then, no plans for reuniting the band have been made, however, Lazy still performs at various ’90s revival shows with various female vocalists performing all of the Mr. President songs. T-Seven has her own solo discography, and is currently performing in a tour of ’90s nostalgia performances called “90s Unplugged”. Since 2008, Rennalls has continued to tour across Europe and South America as LayZee formerly of Mr. President. In 2014, he joined forces with Hungarian singer Erika Kovács to be a duo, and continue to perform the Mr. President hits as a act at concert venues worldwide. Rennalls has also continued to release his own solo music while doing collaborations with other artists and running his own independent label, DieZel Records. 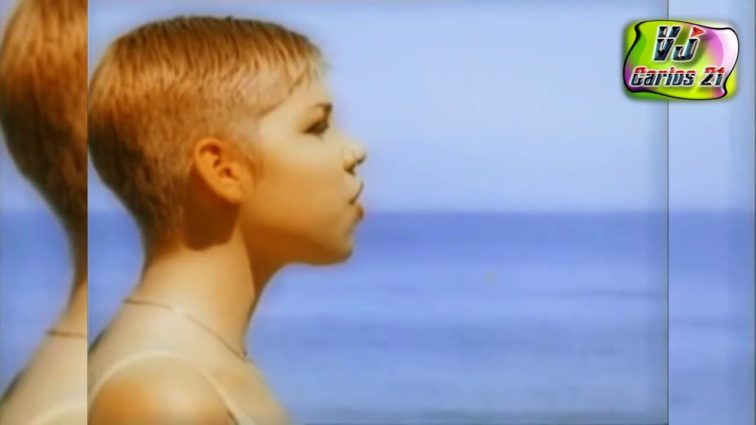 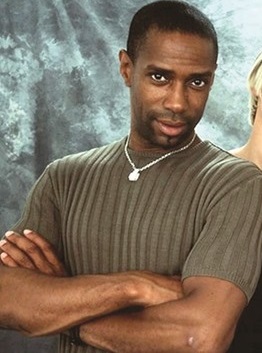 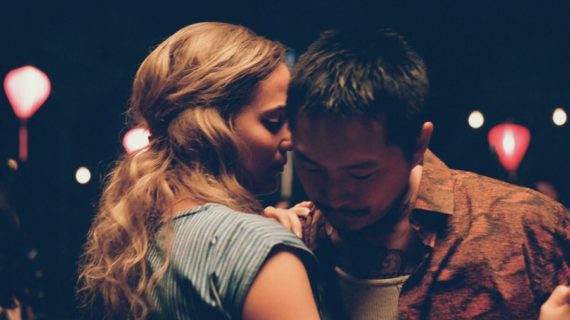 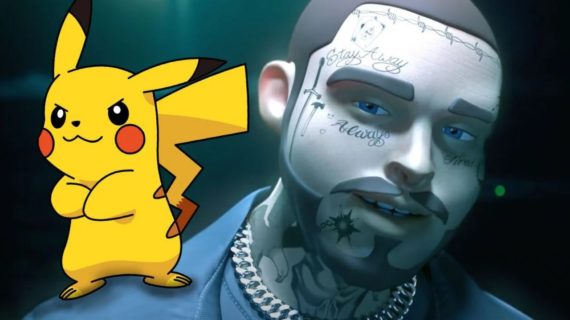