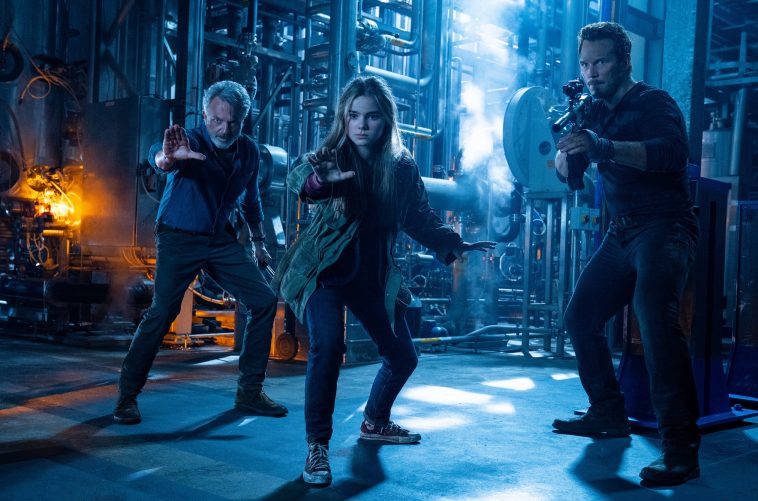 ‘Jurassic World Dominion’ will be the sixth film in almost 30 years of the franchise, which started in 1993 with the infamous ‘Jurassic Park’. ‘Jurassic World Dominion’ has taken the DNA from three films of both era’s of the franchise. Heroes from the current trilogy, Owen (Chris Pratt) and Claire (Bryce Dallas Howard), have been mixed into some old friends from the original trilogy, Alan (Sam Neill), Ellie (Laura Dern) and Ian (Jeff Goldblum), making for an epic conclusion.

From Jurassic World architect and director Colin Trevorrow, Dominion takes place four years after Isla Nublar has been destroyed. Dinosaurs now live—and hunt—alongside humans all over the world. This fragile balance will reshape the future and determine, once and for all, whether human beings are to remain the apex predators on a planet they now share with history’s most fearsome creatures.

Although some of the animals are being sold on the black market, there’s a sizable amount that just roam the countryside. With the ecology at threat, Biosyn are at it again, this time with manufactured giant locusts that threaten to imbalance the food system and make Biosyn the sole distributor for food.

Dead-set on stopping this, a returning Ellie Sattler (Laura Dern) recruits paleontologist Alan Grant (Sam Neill) to her cause, intending to to stop Biosyn. While these two jet across to Biosyn, infiltrating the ranks and reuniting with Ian Malcolm (Jeff Goldblum). We also get another storyline involving our returning couple, Owen (Chris Pratt) and Claire (Bryce Dallas Howard). They’re trying to live a recluse life, hiding Maisie Lockwood (Isabella Sermon) and keeping her out of sight. Unfortunately, poachers show up and kidnap her and velociraptor Blue’s offspring. Owen promises Blue to bring back her baby, sending them around the globe on a rescue mission to find the duo.

For fans of the franchise you’ll be happy to hear, one of the film’s key achievements haven’t disappeared, the nerve racking feeling of when the dinosaurs are breathing down people’s necks is still present. The effects, which once again mix animatronics with computer graphics, are serviceable, and the feeling of nostalgia is not only present with the cast, but the piano riff of the original theme melody from the first Jurassic Park movies.

The Jurassic World trilogy was in my opinion set up for Chris Pratt to be the lead, but in ‘Dominion’ I couldn’t help feel he was a little underused and his character wasn’t a strong presence. Bryce Dallas Howard like always was a major plus for this movie, she commands the screen like she has done throughout the duration of her amazing career. Isabella Sermon a British actress who plays Maisie Lockwood made her acting debut in ‘Jurassic World : Fallen Kingdom. Isabella certainly holds her own in ‘Dominion’, and has set herself up for a bright future in Hollywood, given her powerful presence in this film.

‘Jurassic World Dominion’ is full of electrifying scenes, epic chases, blossoming romance and intrigue, it’s a spectacle that needs to be experienced on the big screen.

‘Jurassic World Dominion’ Is Out Now. 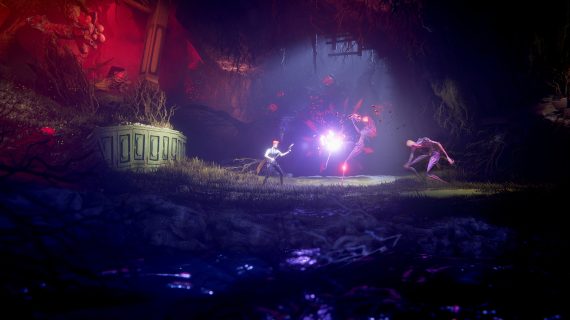