Born and raised in North Carolina, Frank lived an ordinary life. With a burning desire to find a deeper purpose in life, he enlisted in the U.S. Army shortly after graduating high school. After a traumatic deployment to Afghanistan, he picked up a camera as a way to transcend his surroundings and find beauty in the devastation he saw around him.

Since then, the U.S. Army soldier turned creative has showcased his work in fine art galleries, worked with celebrity clientele, and collaborated with corporate companies like Nike, BMW, and Google. After being immersed in visual art and design, Frank has continued to seek new pathways of expression and became the art director for Nispy Hussle and Kendrick Lamar.

With the inspiration of Kanye West, Sade, J Cole, and Kendrick Lamar – Frank is ready to make history. This year, Frank performed his first-ever live show in LA at the Peppermint Club and shortly after at Dumbo House in New York City, but it doesn’t stop there! Frank will next be seen performing at Soho House in West Hollywood on July 22nd, where prominent labels will be watching him.

When Frank is not creating music, he participates in J Cole’s Label ‘Dreamville’ where he helps dreams come to fruition for those who have been struggling, as well as Two-Six Project’ in North Carolina. Frank currently resides in Los Angeles.

Welcome to OLC! I have to ask first and foremost how did the name FrankHaveMercy come about?

I watched 300, Gladiator, and Troy religiously. I love those films. And having Mercy was something that would come up so much. It resonated with me. It just kind of stuck with me.

You enlisted in the Army, so what made you want to do that, and how did you go from being a soldier to a musician? I mean had you always wanted to be a musician growing up?

I grew up in Fayetteville, North Carolina which is a big army town. I was really into basketball growing up, I dedicated my life to it. After high school people where I’m from usually go to college or go to the army. I chose the army. I wanted to get out of my hometown and be an adult as quickly as possible. I did not incline to be a musician for a career. While I was in the army I got into art as an outlet after Afghanistan. Photography, design, and directing. Once my contract ended I moved to LA. The rest is history.

I was out to eat in Miami and I saw “endless summer” on someone’s license plate. I immediately knew that’s what the album should be called. This was after the album was 80% done. The album itself is inspired by my journey as an artist in LA. All of the heartbreak, lessons, and love found.

What’s your favorite track on the album and what makes it special to you?

Who are some of the collaborations you have on the album and how did you know you wanted them for that specific track?

BJRNCK, Tdot Illdude, WurlD. They are all my real friends. Each song that they’re on I immediately heard their voices within mine. That always makes it easy to make a song. Once I finished doing my thing, I sent the tracks over and they took it to another level.

Will you be doing a promotional tour for the album and if so where and when can people see you perform?

I am looking at performing in Miami, Atlanta, and Texas next. I’m hoping to open for a big artist on tour soon. Opening for Doja Cat, Drake, or Tame Impala would be tight.

What do you hope your fans will take away from the album once they’ve listened to it?

That I’m here to stay as a Musician. A titan. An A-list artist. That’s where I’m headed!

Where to next for FrankHaveMercy in 2022?

To the moon. And another album in the fall/winter. 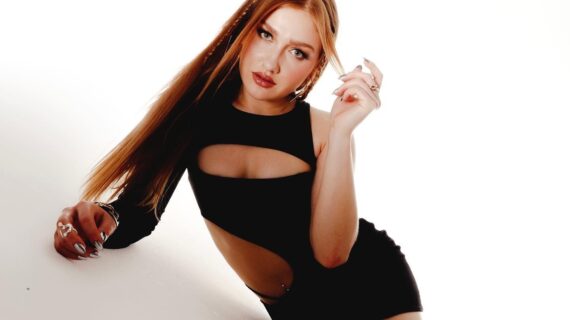 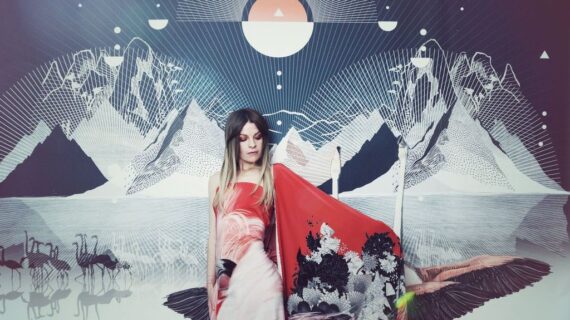