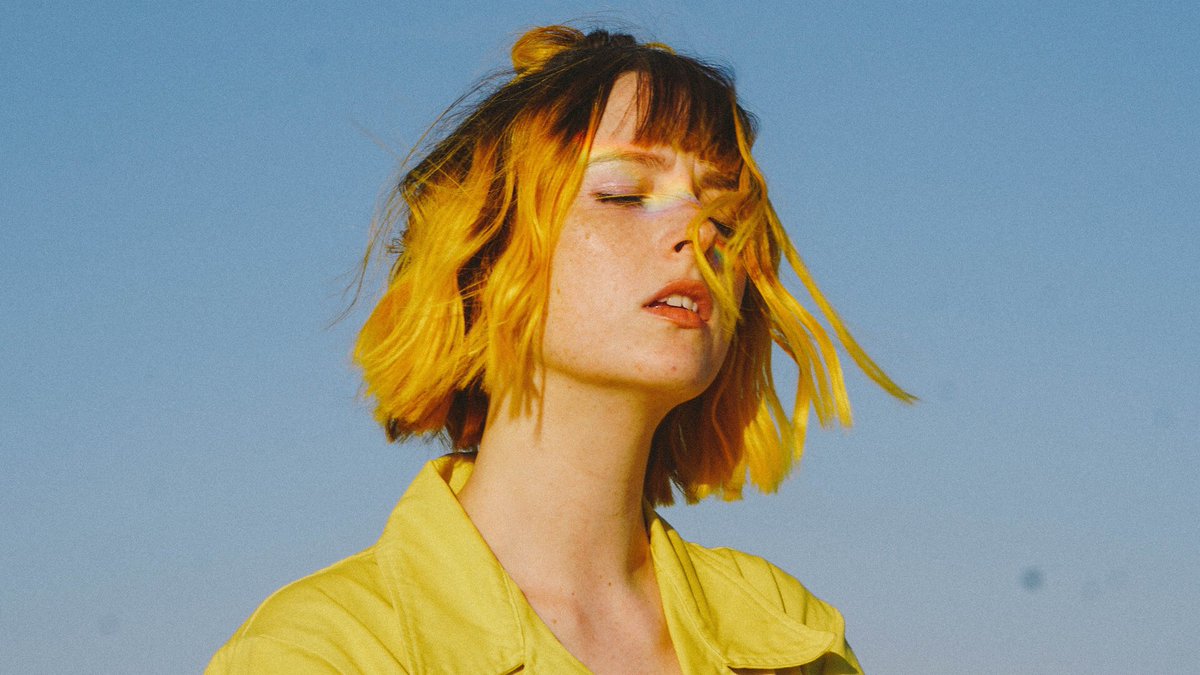 Nashville, indie pop artist, Tessa Violet’s new single “I Like (The Idea Of) You”, is out now and featured on MTV News and premiered on Spotify’s New Music Friday, and Youtube Music‘s “Pop Before It Breaks” playlist.

“I Like (The Idea Of) You” is the third single off the forthcoming project – to be released in three acts. Tessa is planning to release her album Bad Ideas one song at a time over throughout the year. In support of her new music. Tessa will be touring throughout the year including an appearance at Lollapalooza. More dates to be announced soon.

The past year has been a whirlwind for Tessa Violet. Tessareleased her critically acclaimed singles “Crush” and “Bad Ideas.” “Crush” has surpassed 18MM streams on Spotify and the music video has over 36MM views. Then came “Bad Ideas” where her Spotify numbers exploded, she toured with her first live band (anchored by badass drummer Jess Bowen), sold out her first ever headline shows (The Troubadour in LA; Mercury in NYC) and finally achieved her goal of bonafide rock-queen status when she was offered her first festival slot on this year’s Lollapalooza (incidentally selected by Billboard as one of the 10 new festival artists to look out for in 2019). She became the first YouTube Foundry Artist of 2019 and just finished touring the UK (her London show sold out in 30 minutes and added a second night which sold out as well).

Tessa explains the meaning of ‘I Like (The Idea Of) You’ saying, “I was seeing this guy at the time who I knew wasn’t that into me. And even though I could see that, it was still so much fun to think and obsess about him. Replaying the way he said my name on the phone, imagining what I would wear or say the next time I saw him, thinking of things I could write about him. I remember that I could logically see it wasn’t going anywhere, so I thought maybe I should feel embarrassed about how much time I was spending on him. But it didn’t make me feel embarrassed, it made me feel sexy and powerful. So what if they’re not that into me? I like the idea of it and I’m going to enjoy that.” 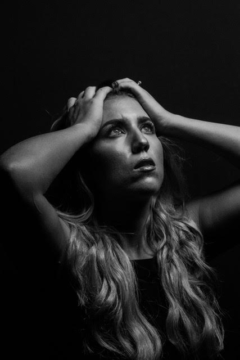 Can pop music be real? Can real music be pop? With songs as her weapon, singer/songwriter Valencia James confronts life’s issues with edgy melodies and polished production. Valencia’s brand of dark pop calls to attention the war between struggle and confidence. Her lyrics hold little back, navigating listeners towards the light that calls honesty to the front. Strong. Mysterious. Authentic. Life can throw shadows but one thing’s for sure — Valencia James isn’t afraid of the dark. Born in New York and now residing in Sydney, Australia the dark-pop artist prides herself in crafting powerfully emotive music, which both thematically and sonically cuts deep to the soul. Valencia’s music is inspired by life events and aims to talk about darkness and shade, whilst casting a brightness and positivity to it.

Leading single ‘Flames’ stems from the tragic story of when Valencia’s family home was burnt down in the infamous Waldo Canyon fire in Colorado Springs, Colorado. Losing sentimental photos and videos of her childhood memories, the traumatic experience sparked inspiration in the songwriter and from the ashes came the song ‘Flames’. “The song also represents how easily a relationship can be destroyed through words and actions” reveals Valencia, “anyone that has ever had relationship difficulties or been hurt because of words or actions can probably relate to this song”. ‘Flames’ is a courageous anthem, blending playful instrumentation with powerful lyrics. Featuring pulsating rhythms, atmospheric soundscapes and raw vocals, ‘Flames’ emits a potent and intimate experience for listeners.

The visuals for the single mimic the narrative, portraying explosive flames engulfing the singer. Bravely looking directly into the eyes of her audience, Valencia is expressing her story and remaining stoic through turmoil. This highlights Valencia’s message of taking responsibility for your words and actions and that seasons of heartbreak and difficult times will pass. Valencia James is a hungry songwriter, unacquainted with defeat, her debut single ‘Flames’ is currently available worldwide.

The Silver Lake Chorus is celebrating their Los Angeles roots. Partnering with LA-based artists Van Dyke Parks and Lucius, and producer Luke Top (Fools Gold, Cass Mccombs), TSLC is putting out two new tracks that serve as a delicious follow-up to their critically-acclaimed 2015 debut, which, according to The Wall Street Journal, relied on “the beauty and expressiveness of the voices to make its mark.” The same can be said for Lucius’s “Not Not” and Van Dyke Parks’ “Tabu,” which signal a return to the group’s choral roots after their celebrated 2016 remix album, which earned producer starRo a 2017 Grammy nomination for best remixed recording for “Heavy Star Movin’.”

Upon collaborating with The Silver Lake Chorus for the documentary film Markie in Milwaukee, film composer Morgan Z. Whirledge opined, “The power of multiple human voices, there’s nothing like it. You can use software and you can layer one person over and over again, but there’s just really nothing like getting a bunch of people together in a room. It is what it is and it can’t be replicated.” The Silver Lake Chorus figured this out over nine years ago when they first formed as a Los Angeles-based choir that could also be described as an indie rock band… with twenty lead singers. Their latest recordings are even more stripped down than usual, exposing their raw musicianship and vocal talent rather than slick production value. As TSLC’s music director Mikey Wells puts it, “We wanted the recording process to capture our natural choral sound, to have as few layers between the vocals and the listeners’ ears as possible, so we popped a couple mics in a room and pressed record.” The result: two gorgeous tracks that revel in lush harmonies and playful instrumentation and lay bare the irreplicable power and pleasure of multiple human voices.

In “Not Not,” written for the the chorus by indie pop band Lucius, the chorus opted to follow the songwriters’ lead, singing in perfectly aligned unison, as Lucius’s frontwomen Jess Wolfe and Holly Laessig are known to do, until the harmonies delicately split then build to a powerful and affecting crescendo. The recurrent phrase “none of this means nothing at all” swells alongside soprano Jett Kwong Kelly’s solitary and evocative guzheng accompaniment, and by the song’s end, the lyrics’ double negative implications leave us with a cleansing sense of loss and clarity.

In contrast to “Not Not’s” melodic and emotive heartbreak, “Tabu” is a flirtatious and percussive throwback, with a bewitching melody and bustling rhythm section that supports Van Dyke Park’s trademark lyrical wordplay and love of world music. The prolific Parks initially penned the tune in 1988, and credits The Silver Lake Chorus for taking it “outta the ignominy of [his] dusty vaults” where it received an enthusiastic second life.

Granted, this is The Silver Lake Chorus’s specialty: taking original, never-before-heard songs written by indie music phenoms, giving those songs a “choral treatment,” and coming out the other end with highly tailored vocal arrangements that embody both a centuries old choral tradition and the ever-evolving spirit of their namesake Silver Lake community. Wells describes their unique arranging process as “expanding the potential of the music into twenty plus voices,” a potential that seemingly has no bounds, and for the chorus, no explicit rules. Paste Magazine praised their 2015 self-titled debut for offering “original songs that rightfully require more than one listen for the sole purpose of catching all they have to offer… wholly crafted tunes that feel large and cinematic.” Featuring the songwriting talents of Ben Gibbard, Sia, Tegan and Sara, Justin Vernon, The Bird and the Bee, album producer Ben Lee, Aimee Mann, The Flaming Lips, and more, “The Silver Lake Chorus” secured TSLC’s foothold in the indie music landscape, and with these two new tracks it’s clear they’re around to stay.

Also on The Silver Lake Chorus’s storied resume are memorable collaborations on live and recorded performances with Moby, Daniel Johnston, Damien Rice, Lonely Island, Big Data, and Until the Ribbon Breaks. They’ve performed at the Troubadour, Largo, the Orpheum Theatre, LACMA, the Getty, and on KCRW’s Morning Becomes Eclectic. As The Wall Street Journal puts it, “The Silver Lake Chorus might well establish itself as an LA institution that can perform local gigs and support acts who come to town and want to uplift their sound.” Uplift might as well be a buzzword for The Silver Lake Chorus, whose recordings and live shows transmit a singular message: the pure joy of human connection and human voices singing together. 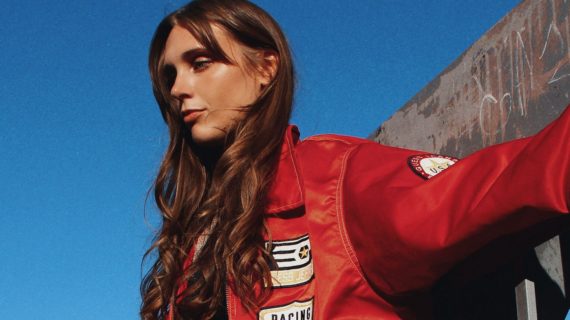 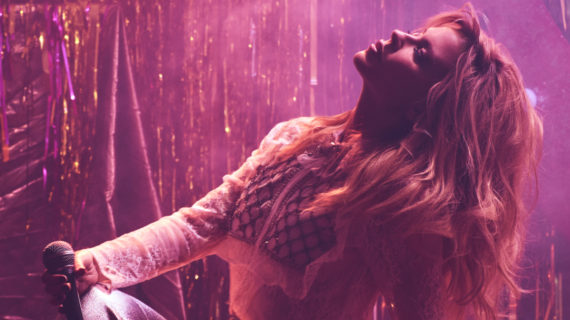