20. The Wanted – ‘Rule The World’: After 7 years boyband The Wanted returned to the music scene. The British group released their first new single in seven years called “Rule the World.” In the video for the song, we see Tom, Max, Siva, Nathan and Jay having just parachuted onto a beautiful shore. They all come together by the end for a dazzling fireworks display.

19. Cheat Codes – ‘F#$k Everyone But You’: This is song came out by one of the biggest producers in the music game the Cheat Codes. This song is from HELLRAISERS, Part 2 album. Cheat Codes definitely show that after all these years there still a group to be reckoned with in the music world.

18. Kacy Hill – ‘Walking At Midnight’: Taken from the singers 2001 album Simple, Sweet, and Smiling in 2021. The album was made primarily in collaboration with her partner Jim-E Stack, and John Carroll Kirby, collaborating also with Eli Teplin, Ariel Rechtshaid, Mk.gee, and Ethan Gruska. Similarly to her previous 2020 record, Is It Selfish If We Talk About Me Again, the album documents Hill working through feelings of powerlessness and agoraphobic panic disorder, as well as acknowledging gratefulness towards her loved ones, and moments of clarity.

16. Nick Jonas – ‘Nervous’: Taken from his album Spaceman which he wrote during the pandemic, Nervous has to be one of my favourite songs off the album.

15. Calvin Harris – ‘By Your Side’ (feat. Tom Grennan): On 4 June 2021, Grennan shared a video on Twitter, captioning it “this is going to be the summer we’ve all been waiting for.” In an interview with Apple Music 1’s Zane Lowe, Harris said: “The first thing is I liked Grennan’s voice a lot. I started following him on Instagram. And I was struck by his positivity, his relentless positivity in his posts… So when I figured out what the song was going to sound like, he seemed like such an obvious choice.”

14. Alesso & Marshmello – Chasing Stars (feat. James Bay): “Chasing Stars” was a dreamy collaboration by this trio. The EDM-infused bop finds lead singer James reflecting on a lost love, reliving the memories of “chasing stars across county lines” and affirming that it’s “better to have had than not at all.” The heartfelt lyrics are elevated by the cinematic production efforts from EDM producer Marshmello and Swedish DJ Alesso.

13. G-Eazy – ‘Breakdown’ (feat. Demi Lovato): G-Eazy and Demi Lovato searched for solace in the midst of chaos in the song “Breakdown.” The song appears on G-Eazy’s fourth studio album, These Things Happen Too. The harrowing visual opens on closeups of Lovato and G-Eazy as headlines about current events pertaining to them flash by, from Lovato’s overdose to speculation about the rapper’s personal life.

12. Ed Sheeran – ‘Bad Habits’: This was a huge hit by English singer-songwriter Ed Sheeran. It was released on 25 June 2021, through Asylum and Atlantic Records, as the lead single of his fifth studio album, =. The song marked his first solo release from an album in over four years. “Bad Habits” was a commercial success, peaking at number-one in numerous countries including Australia, Belgium, Canada, Germany, Hungary, New Zealand,

11. DVSN – ‘Use Somebody’: The first throwback of 2021 was from R&B duo dvsn, with their cover of “Use Somebody” by Kings of Leon. Originally a smash hit in 2008, dvsn has put their own spin on it and reinvented it into another hit song.

10. Pop Smoke – ‘Tell The Vision’ (feat. Kanye West and Pusha T): Kanye West and Pusha T join Pop Smoke on this track recorded for his second posthumous album, Faith. West utters the opening lines of the intro, in which he talks about Pop’s vision and how there was something different about him. It then segues into a clip from The Angie Martinez Show when the radio presenter paid tribute to Pop on the day of his sudden death. She laments the late rapper’s passing at age 20 when he was “well on his way.” Smoke, then Pusha T, take over; they both rap celebratory verses about how they made it in the rap game. Kanye West originally intended “Tell The Vision” for his Donda album and eventually recorded an alternative version for the record. He tweaked the beat and cut out Pusha T’s verse.

9. Khalid – ‘Retrograde’ (feat. 6LACK and Lucky Daye): Taken from Khalid’s new EP Scenic Drive, it’s easily one of the best songs from the artist this year, and one of the best R&B songs I’ve heard this year.

7. Lost Kings – ‘Me Myself & Adderall’ (feat. Goody Grace): LA-based production duo Lost Kings have been one of my favourite production duo’s for a long time. They took 2021 head-on, dropping songs that are both relatable and artfully made. Combining uplifting drops and pulsing synths, this duo knows how to conduct symphonies of emotion. Adding to their arsenal of  projects, they recently dropped a new track, titled “Me Myself & Adderall,” featuring vocals from Canadian singer and songwriter Goody Grace.

6. Maroon 5 – ‘Convince Me Otherwise’ (feat. H.E.R.): Maroon 5 had to have had one of the best albums of the year. This was one of the best songs off their JORDI album, which featured the amazing vocals of R&B songstress H.E.R.

5. Adele – ‘Easy On Me’: This song by English singer-songwriter Adele, was one that made both the charts and her career that was already huge, explode even more. It was the lead single from her fourth studio album, 30. Her first musical release in nearly five years, “Easy on Me” was produced by American record producer Greg Kurstin, who also co-wrote the song with Adele. The song’s lyrics represent Adele’s plea to her son, in which she details her struggles with her dissolved marriage and requests him to be kind to her.

4. Anne Marie – ‘Beautiful’: Anne-Marie had one of the most meaningful songs of the year called ‘Beautiful’. The track, co-written with Ed Sheeran and produced by Max Martin, was taken from her album Therapy which came out in the summer. It delivers an important message about embracing your imperfections and seeing your inner beauty.

3. Coldplay x BTS – ‘My Universe’: After a year of isolation, BTS and Coldplay’s collaborative single “My Universe” comes as an anthem to bringing worlds together. The song’s unique impact lies in the context of its creation. BTS, the world-renowned boy band described by many as South Korea’s national pride, and British pop rock icons Coldplay have each dedicated their careers to providing deep engagement and comfort for their fans, including throughout quarantine. 2. Tate McRae – ‘I Wish I Loved You In The 90’s’: This song cemented Tate as one of my fave artists of 2021. I related to this song in every way and I’m sure anyone else who lived the peak of their life through the 90’s would also have to agree. The song was a a cut from her EP ‘Too Young To Be Sad’. 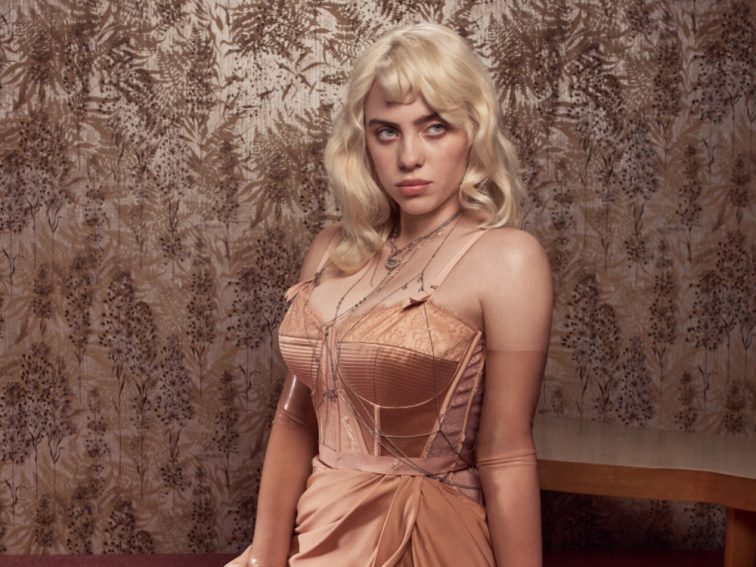 1. Billie Eilish – ‘Your Power’: Performed by the Miss Eilish, although it comes in at our number 1 spot it’s an easy tie with song number 2. So hard to separate them both, ‘Your Power’ contains both powerful vocals and lyrics. Eilish stated, “This is one of my favorite songs I’ve ever written. I feel very vulnerable putting this one out because I hold it so close to my heart. This is about many different situations that we’ve all either witnessed or experienced. I hope I can inspire change. Try not to abuse your power.” 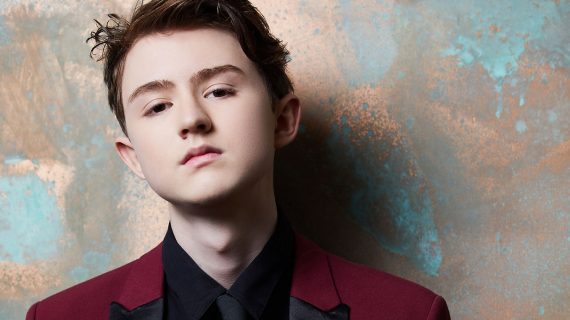