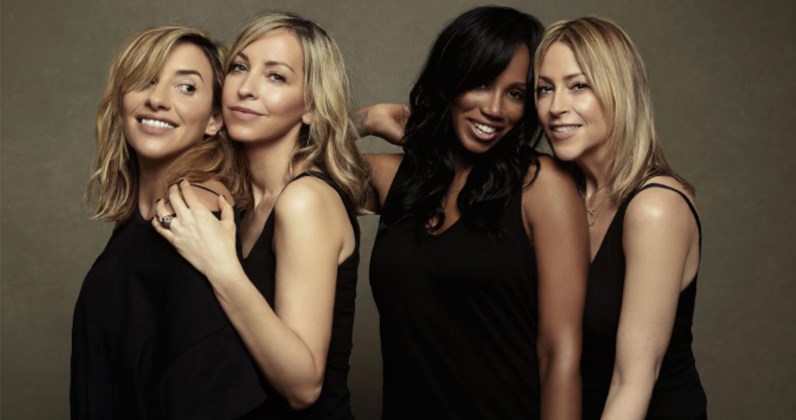 All Saints: This once top of the charts girl group celebrated their 20th anniversary last weekend with a performance at London’s Pride, reminding everyone just why they were one of the biggest girl bands of the 90’s. It’s certainly been a journey for the All Saints to this point: there was the initial split and then a 2006 comeback with the album “Studio 1”, which saw the band disappear as quickly as they reappeared. Then there was a second revival, a comeback 10 years later in 2016 with “Red Flag”, an album that finally felt like they were officially back. Sure for a lot of fan’s of 90’s music much of this wouldn’t be evident to you, but for true All Saints fans this new single and album has come as a god send.

The new album entitled “Testament” is a record that contains a lot more experimentation then any of their previous efforts, but they do it with a sense of confidence. Working once again with William Orbit, the producer who helped achieve two of the band’s biggest hits – “Pure Shores” and “Black Coffee” – this feels like a band coming full circle with frequent elements of the past, but at the same time showing signs that they’ve fully evolved. What’s great is that the All Saints have continued with the same members that started them as a UK juggernaut with Melanie Blatt,
Shaznay Lewis, Nicole Appleton and Natalie Appleton all continuing to show their vocals are just as strong as they were 20 years ago. The first single “Love Lasts Forever” was released May 31st, with the second single “Glorious” dropping on June 15th.

3T: On September 16th 2016, 3T had their up Close and Personal exclusive showcase in RAI Amsterdam, The Netherlands. 3T created a concert in which they performed a mixture of all the hits, and also some they’ve never performed before. A surprise concert on the 17th showcased the album launch of “Chapter III” at the Melkweg concert venue in Amsterdam. This provided fans an opportunity to hear the songs from “Chapter III” live, with one of those songs being the first single “Fire”. Michael Jackson’s Taj, TJ and Taryll (sons of Tito) say they are ready to take up the pop superstar’s legacy, ending a 15-year hiatus prolonged by his dispute with Sony and untimely his death.

3T stalled when they lost rights to an album during Jackson’s dispute with Sony around the year 2000. They were planning a comeback in 2009, and the day they started recording was when Michael passed. The brothers decided that focusing on Jackson’s three children was the priority, Taj Jackson said, adding now the kids are pushing them to resume their careers. TJ has since become the children’s co-legal guardian. The brothers each have recording studios at home, and have never stopped making music. But they have only rarely performed publicly in the last 15 years or so, notably for a Michael Jackson tribute concert. Taj credits their uncle with not only inspiring them, but also teaching them the secrets of music and songwriting, and performing, at an early age. The new single “Fire” is out now.

The Offspring: The Offspring are decidedly not snotty brats anymore. Front man Dexter Holland is 46 and heavier, guitarist Noodles is nearing 50 and looks for all the world like a punk rock Keith Richards. But their band has done the unthinkable, aged punk rock with a sort of grace and depth without sacrificing too much of its edge. Now the band is trying to make an reemergence into the spotlight with a new song an interpretation of 311’s hit “Down”. The punk icons have long promised a follow-up to 2012’s “Days Go By”, but many days have come and gone without hearing much from the band. They’ve now committed to getting a new disc out some time this year. The Offspring have kept busy, touring for the 20th anniversary of “Smash” in 2014, performing it in full. Holland was also taking time to complete his Ph.D in molecular biology, which he received in May last year. It’s great to see Dexter Holland, Greg Kriesel, Noodles and Pete Parada trying to make a comeback once again, but unfortunately I can’t see them following the same success they had with “Pretty Fly (For A White Guy)”.

Aqua: It’s been 19 years since Danish quartet hit the charts out of obscurity for the first time with the eurodance track from 1997 called “Barbie Girl”. After that they continued the success with the catchy “Doctor Jones”, both of these singles you probably owned on cassette tape. The band consisted of Lene Nystrøm and René Dif, keyboardist Søren Rasted, and guitarist Claus Norreen. They released their album “Aquarium” in 1997, followed by “Aquarius” in 2000, and then went on hiatus. They made a little reunion in 2007 which was followed by the album “Meglomania” in 2011. In total they sold 33 million albums and singles which made them the most successful Danish band ever. But still their comeback didn’t really work out and they disbanded again. Lene married Soren in 2001 in Las Vegas. They have two children together. Rene Dif, the slightly pervy Ken to Rene’s Barbie is now married to a health coach and has a daughter named Mabel.

Now a trio Aqua have returned with a brand new single entitled “Rookie”. It’s a catchy pop ballad, the likes of which people often forget that Aqua do so very well, but is it enough for them to storm the charts again? I’ll let you decide, and if there’s anybody you’d like me to track down shoot me an email neillfrazer@hotmail.com 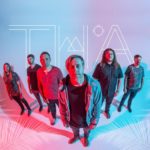 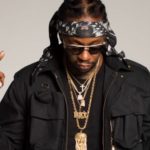